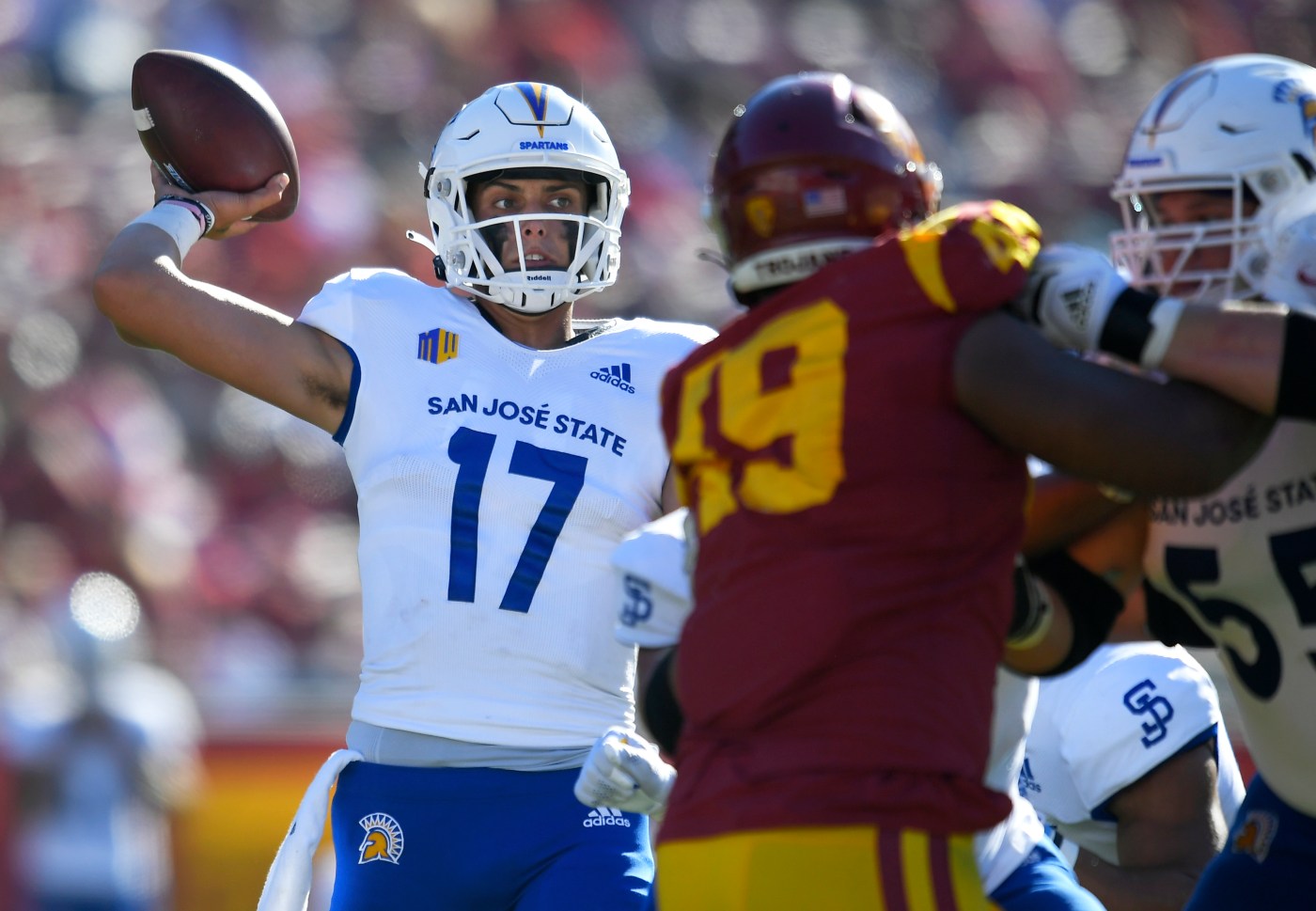 “We don’t talk about injuries here,” Brennan said. “And I’m hopeful that Starkel will be ready to go soon.”

It once again looks as if the keys to the offense will belong to backup Nick Nash, a dual-threat QB who couldn’t find his rhythm during Saturday’s 34-14 loss at Colorado State.

Nash tossed touchdowns at the end of each half, going 4-of-4 for 104 yards on those two drives. The rest of the game, which consisted of nine possessions, he went 6-of-17 for 48 yards with a pair of turnovers – an interception and a lost fumble.

San Jose State (3-3, 1-1 Mountain West) needs Nash to be more like the guy who in 2020 engineered a second-half comeback at San Diego State after replacing an injured Starkel in the first quarter.

“I think at the time we were all holding our breath a little bit just because Nick (Nash) hadn’t played much and he hadn’t played for a full game,” Brennan said.

That performance came at the midway point of the regular season, as the Spartans swept their way through the Mountain West for an unbeaten conference title.

Halfway through the current campaign, SJSU finds itself alternating wins and losses.

The Aztecs dominate in the trenches, ranked No. 11 in rushing offense and second-best in the nation in rushing defense, allowing a meager 50.0 yards per game.

After Saturday’s loss, Brennan was asked whom he angered to be dealt a schedule that included three games in four weeks in different time zones, followed by consecutive conference games on short rest.