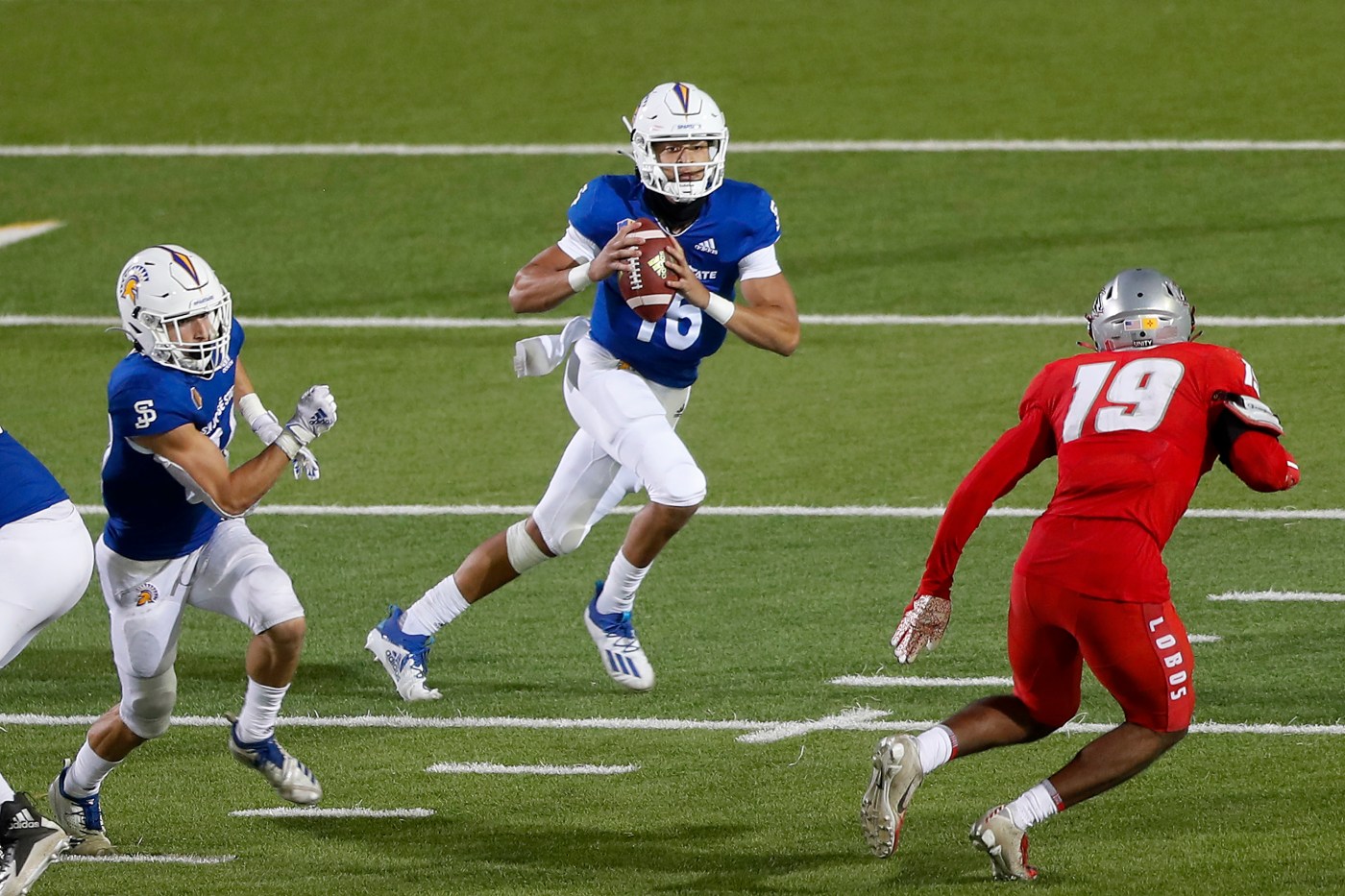 San Jose State finds itself on the edge of a perilous cliff in the Mountain West as it welcomes No. 24-ranked San Diego State to CEFCU Stadium on Friday night.

The Spartans are 9.5-point underdogs at home against the unbeaten Aztecs, who are primed to dethrone the reigning conference champion.

It snapped a nine-game winning streak in the Mountain West – and while it’s not time to push the panic button, San Jose State (3-3, 1-1 Mountain West) could face back-to-back losses for the first time this season.

“All we know is that we’ve got a game Friday night,” SJSU linebacker Kyle Harmon said after Saturday’s setback. “We’ve got to shake this one off and get back to the film room, practice hard and do what we do on defense. It’s always one week at a time and I don’t think we feel like our backs are against the wall. I think we just need to slow down, kind of regather ourselves and just go from there.”

Here are a few keys to victory in the Spartans’ 85th homecoming game against San Diego State (5-0, 1-0):

While the Spartans have struggled so far on the road, averaging a paltry 10.25 points per game, the offense has found the end zone at least five times in both games at home.

Nash was nearly flawless in a turnover-free game two weeks ago at CEFCU Stadium, but he threw an interception on the first drive at Colorado State and also lost a fumble.

Fans have inundated the stands in San Jose to the tune of over 15,000 attendees for both home games, and homecoming could provide another great atmosphere for the players to rally around.

“We have to get ready to play an excellent football team here in CEFCU Stadium,” San Jose State coach Brent Brennan said. “And whatever is happening surrounding it, whether that’s homecoming or the short week, those are just things that we have to deal with and not let them be distractions. Just make sure that our focus and our effort is on the right place.”

Battle in the trenches

San Diego State only passed for 44 yards in a triple-overtime 33-31 victory over Utah, one of two Pac-12 opponents the Aztecs have defeated.

It’s obvious San Diego State is committed to the ground game, with 6-foot, 200-pound running back Greg Bell as its bell cow. He’s coming off a season-high 161 rushing yards a week ago and Brennan described him as an NFL-caliber back.