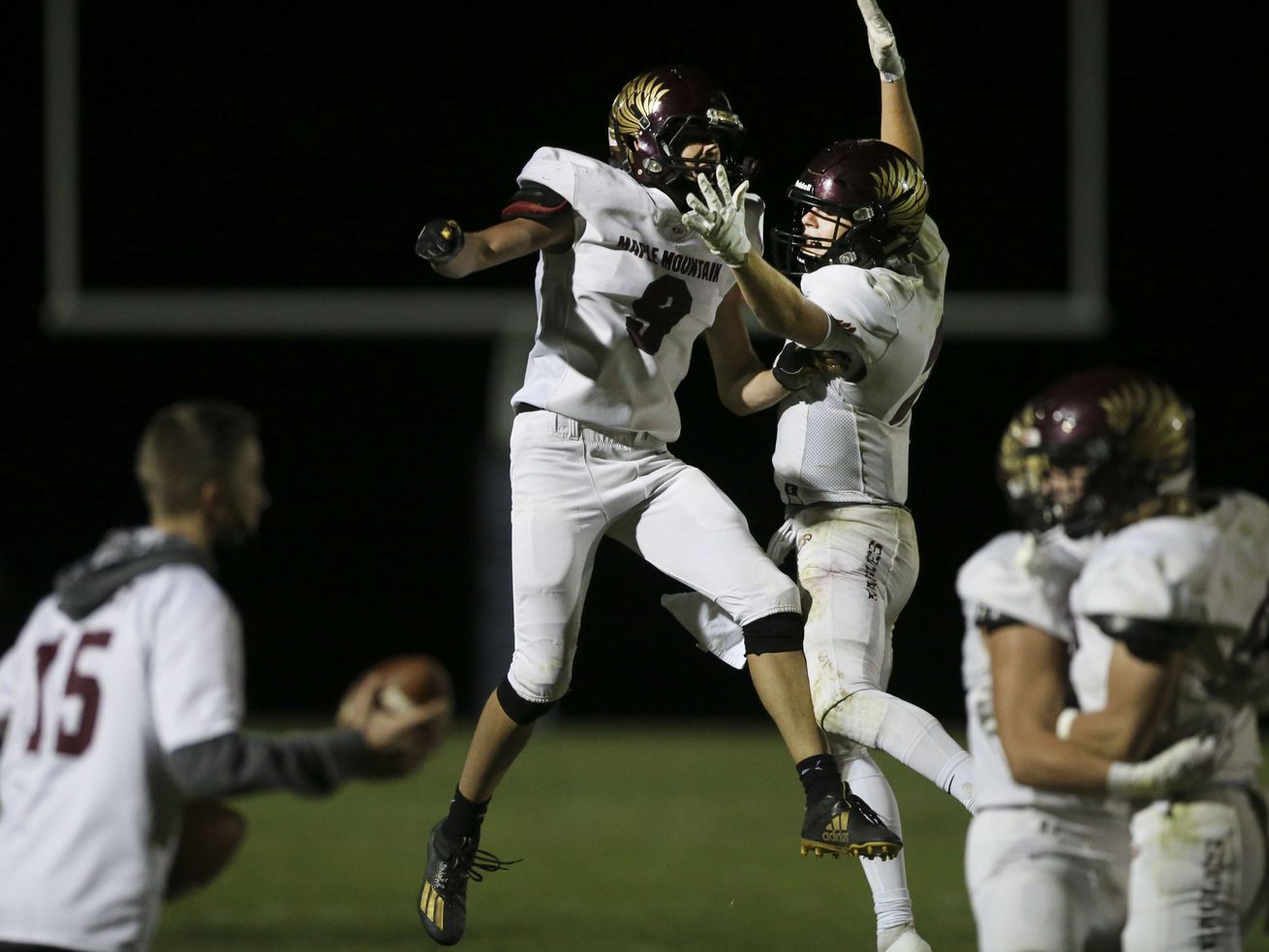 The Falcons rallied for 14 unanswered points in the fourth quarter to take the lead and secure the victory over Layton. Kai Wirth rushed for two scores for Clearfield in the Region 1 win at home.

Corner Canyon capped off its fourth straight undefeated regular season with a thrilling defeat over the Cavemen. Both superstar quarterbacks went off as Jaxson Dart tossed six touchdowns and Maddux Madsen threw for three and ran for one. Noah Kjar hauled in three of Dart’s scores.

After a defensive battle in the first half, the Knights found themselves down by four before exploding for 17 points in the third quarter. Luke Durfey had two scores on the ground to push Lone Peak to victory. Benjamin Miller scored eight point in the win.

McCae Hillstead rushed for three touchdowns and passed for three more — connecting with Mitch Adamson twice — as Skyridge cruised to the high-scoring victory over Westlake.

The Braves’ defense allowed just one scoring play while the offense was led by two rushing touchdowns from Corbin Cottle in the Region 5 victory over Viewmont.

Micah Fe’A rushed for two touchdowns and passed for another as the Tigers defeated the Pioneers in region play.

After a scoreless first half, the Wasps rallied for three unanswered touchdowns to secure a come-from-behind victory over Springville. Parker North accounted for two rushing scores while Adarius Edwards connected with Jarin Kalama for another in the win.

Noah Fuailetolo rushed for a score and connected with Awsten Turnbow for another as the Thunder edged out Crimson Cliffs for a Region 14 victory.

Brayden Bunnell tossed in three touchdown passes — each going to Dominque Mckenzie — as the Panthers cruised to the shutout victory over Hurricane in region play.

Landon Frei led the Warrior offense with one passing touchdown and four more rushing touchdowns in the big win over Cedar City.

Bronson Barben led the Dixie offense with four passing touchdowns, two of which wen to Carson Greer, in the big win over Canyon View.