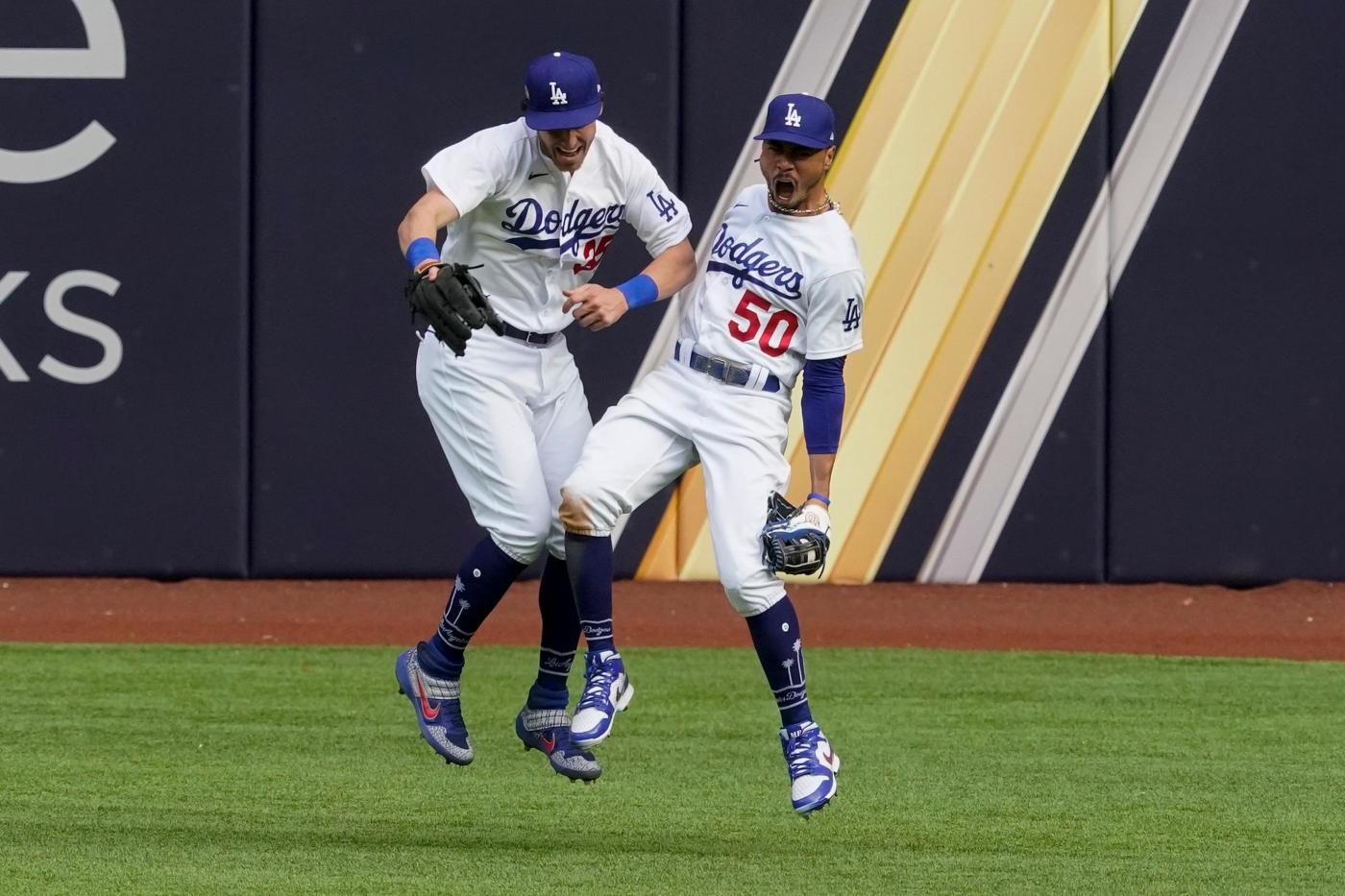 The Dodgers avoided elimination for the second time in less than 24 hours, and now have a winner-take-all game to try to get to their third World Series in four years. They haven’t won a championship since 1988.

Max Fried took his first loss all year for the Braves, who were trying to celebrate manager Brian Snitker’s 65th birthday with the franchise’s first World Series since 1999. But the young left-hander worked into the seventh without allowing another run after LA’s three-run first.

Game 7 is Sunday night, with right-hander Tony Gonsolin expected to go for the Dodgers against 22-year-old rookie right-hander Ian Anderson, who has thrown 15 2/3 scoreless innings in his three postseason starts.

Justin Turner also homered for the NL West champions, and Kenley Jansen threw a six-pitch ninth for his 18th career postseason save.

It was Jansen’s first save chance in five appearances since closing out the Dodgers’ first playoff win this season in the wild-card round. He struck out the side on 12 pitches in Friday night’s 7-3 win.

Fried allowed only two homers in his 11 starts while going 7-0 during the regular season, but the Dodgers went deep twice in three pitches.

Seager pulled a towering shot to right on a 73-mph curveball, and Turner connected on a 93-mph sinker that went 418 feet to straightaway center. Max Muncy walked and scored after back-to-back singles by Will Smith and Cody Bellinger.

Seager, who homered twice in Game 4 on Friday night, has NLCS records with five homers and 11 RBIs, and still a game to play. His six homers overall are already a Dodgers postseason record.

The last batter Fried faced Saturday was Muncy, who struck out for the second out of the seventh. Fried allowed eight hits while striking out five and walking four.

Mookie Betts, the 2018 AL MVP and first-year Dodger, made a leaping catch against the right field wall to end the fifth. While it wouldn’t have been a homer, it robbed Marcell Ozuna of extra bases, and the Braves a likely run.

Betts let out a emphatic shout while pumping both fists, then celebrated with center fielder Bellinger while Buehler held his right arm high in the air.

Buehler threw 65 of his 89 pitches for strikes, allowing seven hits while striking out six without a walk. After Atlanta loaded the bases with three singles in a row to start the top of second — the last hit by his Vanderbilt roommate Dansby Swanson — the right-hander really brought the heat, with 10 consecutive fastballs to get out of the jam.

Austin Riley struck out on a 98.7 mph pitch before Nick Markakis took a called third strike on 99.7 mph. Cristian Pache, the 21-year-old rookie who had an RBI in each of his first four NLCS starts, was retired on an …read more