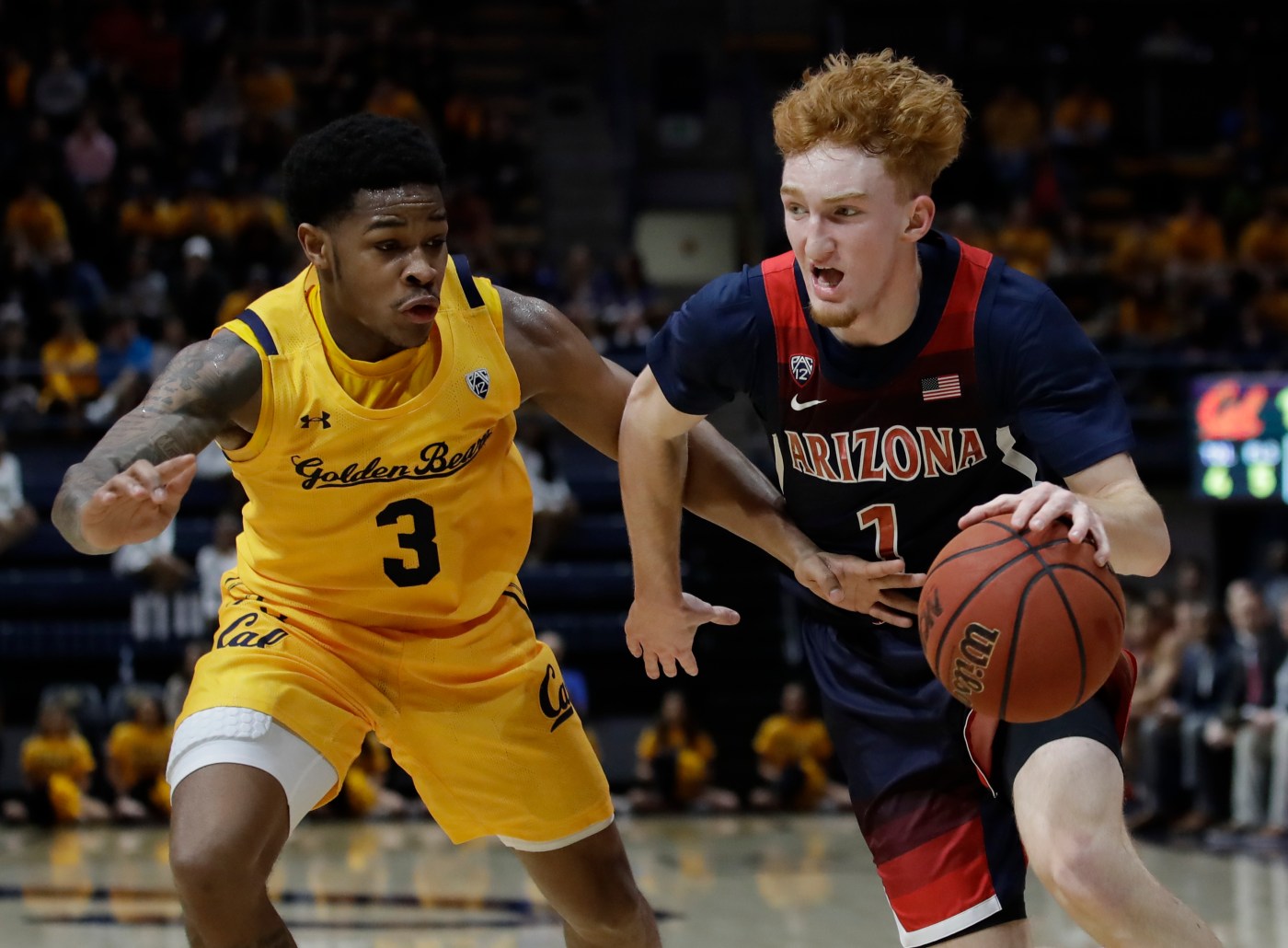 Bob Myers was surprised Nico Mannion was available. On the clock with the No. 48 pick of Wednesday night’s draft, the Warriors’ general manager quickly made his selection, excited to nab a point guard he had hoped, but didn’t expect, would fall to him.

“We had him higher than 48 for sure,” Myers said during a news conference Thursday.

One of the top recruits in his high school class, Mannion averaged 14 points and 5.3 assists per game last season as a freshman at Arizona. His pedigree — his father, Pace, played six seasons in the NBA before playing professionally in Italy — plus his experience on the 2018 Italian senior national team at 17 years old excite Myers and coach Steve Kerr as the Warriors try to return to title contention.

Kerr, who played four years at Arizona in the 1980s before a 15-year NBA career, had dinner with Mannion during the pre-draft process and was impressed with the 19-year-old’s maturity. Like Kerr, Mannion’s size (6-foot-3, 190 pounds) won’t give him any advantages, but he values teamwork, has nice shooting touch and is coachable.

“He can shoot the ball deep, he can shoot the ball off the dribble, he has an assortment of runners and floaters and finishes,” said Arizona coach Sean Miller. “He can really play at a fast pace. If you find him in transition or if the ball starts moving fast — a lot like the style that the Golden State Warriors already play — he’ll really fit there.”

Before accepting a scholarship at Arizona as the No. 9 recruit in the country, per ESPN’s rankings, Mannion learned the finer points of the game as the fourth-youngest player to ever play for the Italian national team, which prizes ball movement and pace.

“I tried to learn that style and incorporate it and bring it back to the U.S.,” Mannion said during a Thursday press conference. “Just to have more in my game.”

Nico Mannion was born in Siena, Italy, to Pace and Gaia Bianchi. Pace, incidentally, was drafted by the Warriors in 1983 before he began his professional career in Italy.

“My pops was drafted here,” Mannion said. “So when I heard the news I was coming here, it was super emotional because that was in the back of my …read more