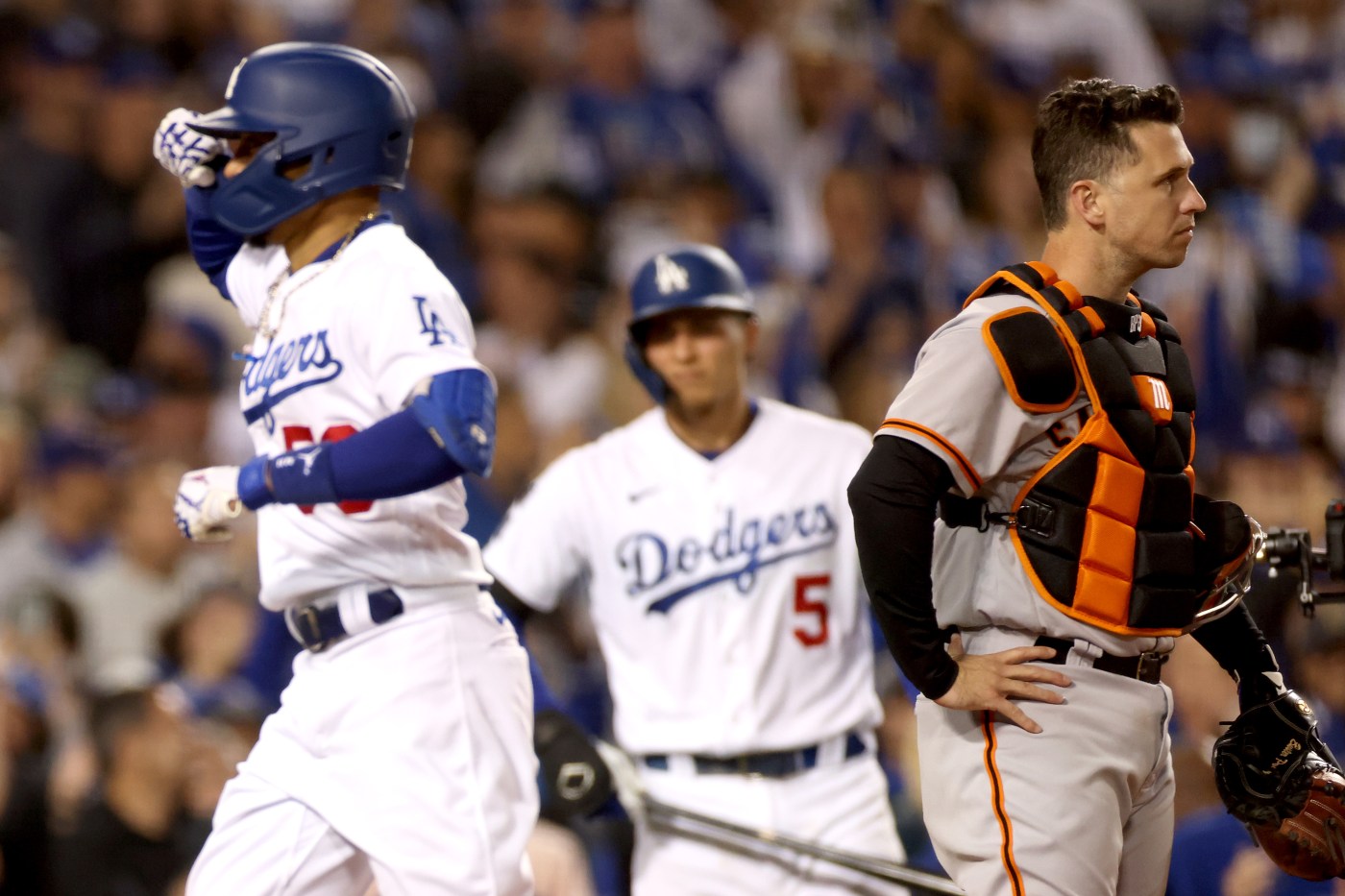 LOS ANGELES — The division race was epic, the playoff matchup is historic and the next game between the two best teams in the majors is bound to be one for the ages.

With a 7-2 loss to the Dodgers in Game 4 of the NLDS on Tuesday in Los Angles, the Giants brought the first modern-era playoff series between the rivals back up the coastline for a winner-take-all Game 5 on Thursday night at Oracle Park.

After stunning the Dodgers and ace Max Scherzer with a 1-0 win in Game 3 on Monday, the Giants returned to the diamond Tuesday with a chance to secure one of the biggest victories in the history of a rivalry that shifted from New York to California back in 1958.

All-Star right-hander Walker Buehler returned on short rest and completed 4 1/3 innings of one-run ball for the Dodgers while Giants veteran Anthony DeSclafani recorded just five outs in a performance that required manager Gabe Kapler to treat a crowd of more than 52,935 fans to a parade of ineffective relievers.

A Giants lineup that’s relied on its pitching staff to cover up recent struggles couldn’t hide on Tuesday as the offense squandered multiple early opportunities to put pressure on a Dodgers team that seems to be at its best when its back is against the wall.

After the Giants won Game 3 1-0 on Monday, Kapler immediately announced DeSclafani would start Game 4 on Tuesday. The right-hander had posted a 7.33 ERA in six starts against the Dodgers this year, but the Giants believed the six shutout innings DeSclafani threw against Los Angeles on September 3 were more indicative of his abilities than the performance on May 23 in which he gave up a career-high 10 earned runs over 2 2/3 innings.

In his first career playoff start, the seventh-year veteran failed to get out of the second inning.

DeSclafani allowed a single to Corey Seager and a RBI double to Trea Turner in the first inning before giving up three more hits and a sacrifice fly to Chris Taylor in the second inning. Everyone inside Dodger Stadium could tell the contact was loud, the swings were sharp and the night was destined to be short for a pitcher who performed at an All-Star-caliber level against every opponent other than the Dodgers this season.

Unfortunately for Kapler, the relievers he turned to after his starter didn’t fare much better.

The Giants opened the third with the hope rookie Kervin Castro could potentially throw multiple innings, but he walked two of the three batters he faced before Kapler removed him in favor of Jarlín García. García’s command was shaky as he issued a walk and missed over the plate against Taylor, but a leaping LaMonte Wade Jr. catch in front of the left field wall saved multiple runs and kept the Giants’ deficit at 2-0.

In the fourth inning, Betts hit a ball that no Giants outfielder could track down.