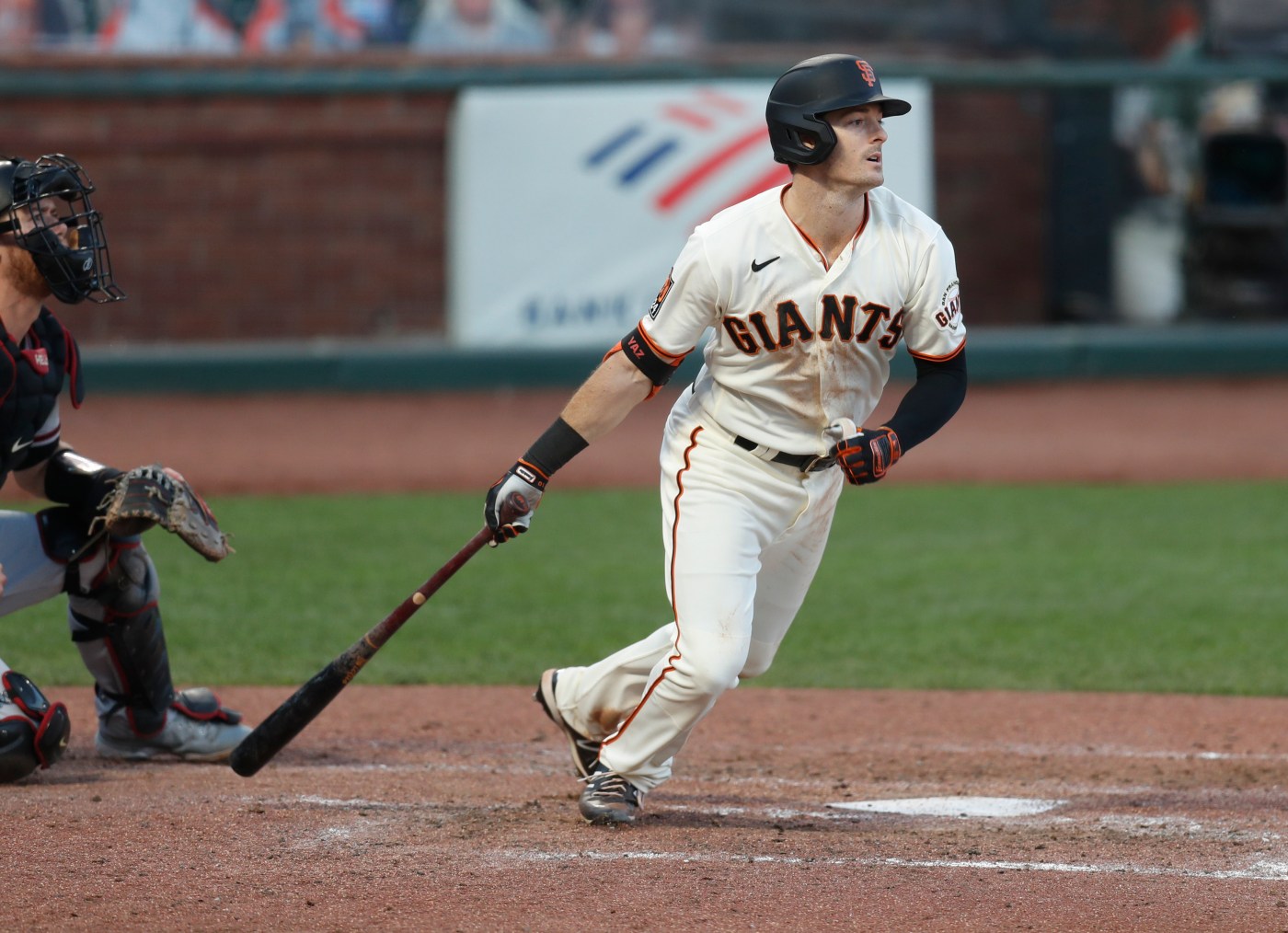 At the outset of the 2020 season, the Arizona Diamondbacks were a trendy pick to finish near the top of the National League standings and make a deep postseason run.

With three weeks left in the season, the San Francisco Giants are now a surprise playoff contender thanks to their dominance over the Diamondbacks this season.

After wrapping up a 4-2 win over the D’backs on Monday at Oracle Park, the Giants finished 8-2 in their 10 games against Arizona this season and consistently shut down an offense that entered the season with high hopes. The Giants won all three series against the D’backs, riding strong performances from their bullpen and a relentless approach from an offense that has steadily improved its plate discipline throughout the season.

A D’backs team that added former Giants ace Madison Bumgarner and former Pirates star Starling Marte over the offseason thought it would compete with the Dodgers near the top of the division. Manager Torey Lovullo has instead seen Bumgarner miss half of his starts due to a back injury and watched Marte be traded away to the Marlins at a deadline in which Arizona dealt a handful of its top performers.

With 18 games remaining this year, the Giants have a long way to go to lock up a playoff spot, but they’ve proven they have a superior roster to Arizona and are pushing Colorado for third place. With seven games remaining against a tough Padres squad and none left against the first-place Dodgers, the Giants could end up challenging for second place if they perform well against San Diego.

SF Giants Gameday: Listen to the Bay Area News Group’s daily San Francisco Giants podcast, hosted by our beat reporter Kerry Crowley. We give you an all-access look at the 2020 regular season with soundbites from manager Gabe Kapler and your favorite Giants players plus the latest analysis on every move during an unprecedented season.

We Need Your Support!
Several Giants articles will remain free every 30 days – and I’ve launched a free newsletter and podcast that come Monday-Friday – but for access to all of my coverage you’ll need to subscribe to MercuryNews.com or EastBayTimes.com. Click here for our latest Mercury News offer and here for the latest East Bay Times offer. Thank you! — Kerry Crowley