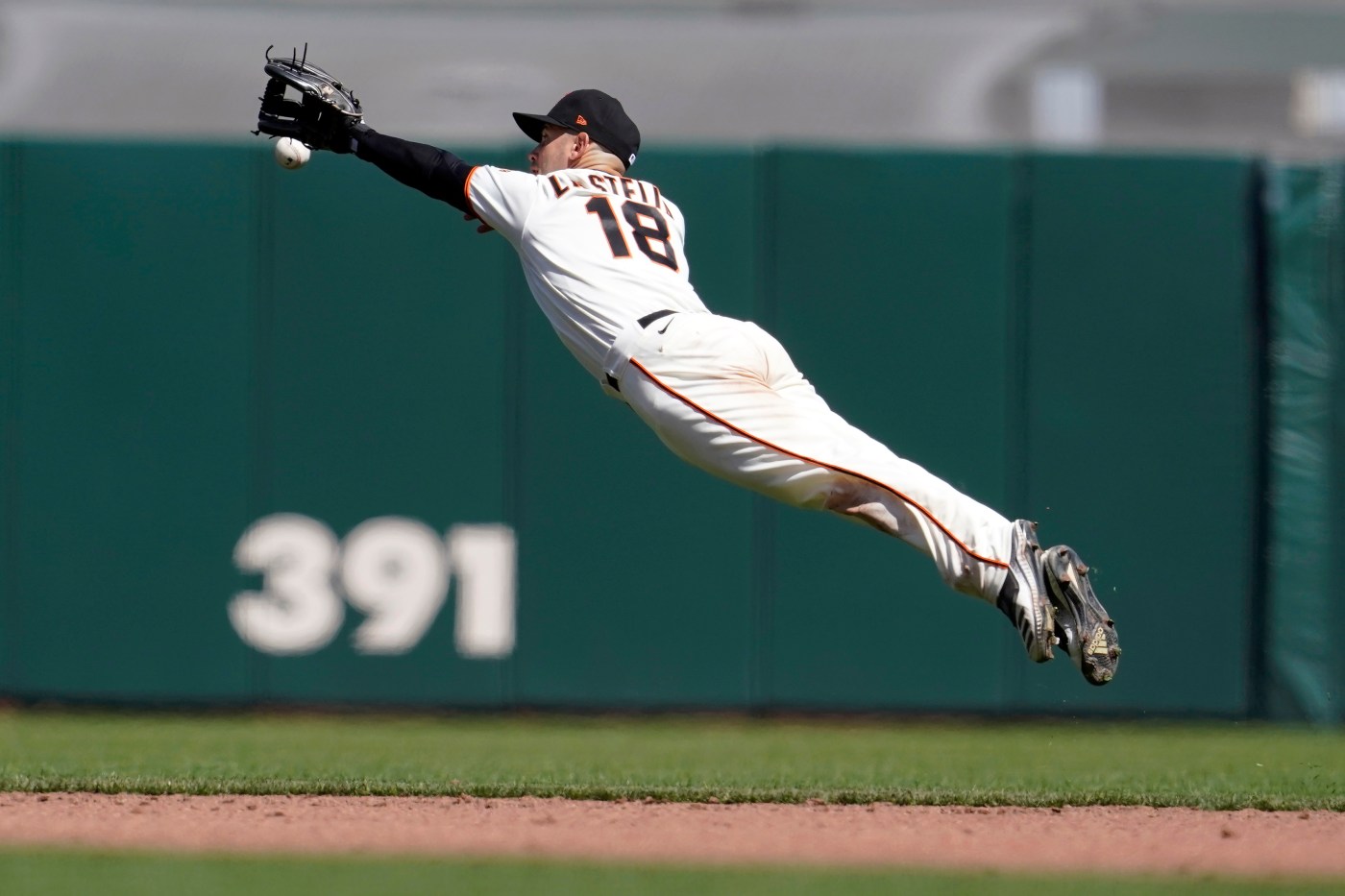 A Giants infield that has already had its depth tested during the first month of the season is once again short-handed after second baseman Tommy La Stella exited Sunday’s game against the Padres with an apparent left leg injury.

After tripling home starting pitcher Kevin Gausman in the top of the fifth inning at Petco Park, La Stella raced home to score on a RBI groundout from Wilmer Flores. As he neared the plate, La Stella winced in pain and walked off the field alongside Giants trainer Dave Groeschner.

La Stella received a visit from Groeschner earlier in Sunday’s game as he rolled over on his left thumb while diving for a single up the middle, but he was able to stay in and didn’t seem bothered by his thumb when he tripled into the left center field gap.

The injury comes on a day when shortstop Brandon Crawford was out of the starting lineup due to left calf soreness that required him to leave Friday’s game shortly after being hit by a 96-mile per hour fastball from Padres starter Yu Darvish.

Giants manager Gabe Kapler has also been looking for ways to rest third baseman Evan Longoria, but when La Stella left Sunday’s game, Longoria was asked to enter so Flores could transition from third base to second and take the spot vacated by La Stella.

La Stella began the season in a platoon at second base with reigning Silver Slugger Award winner Donovan Solano, but Solano suffered a moderate right calf strain while running the bases in Philadelphia on April 21. Solano is on the 10-day injured list, but Kapler said Sunday the Giants do not have a timetable for his expected return.

Broncos 2021 schedule predictions: How Denver fares with and without Aaron Rodgers

The two hits La Stella recorded Sunday gave him his first multi-hit game since he had a season-high three on April 13 in a 7-6 win over the Reds. Since that game, La Stella was 8-for-his-last-48 with a .480 OPS during that stretch.