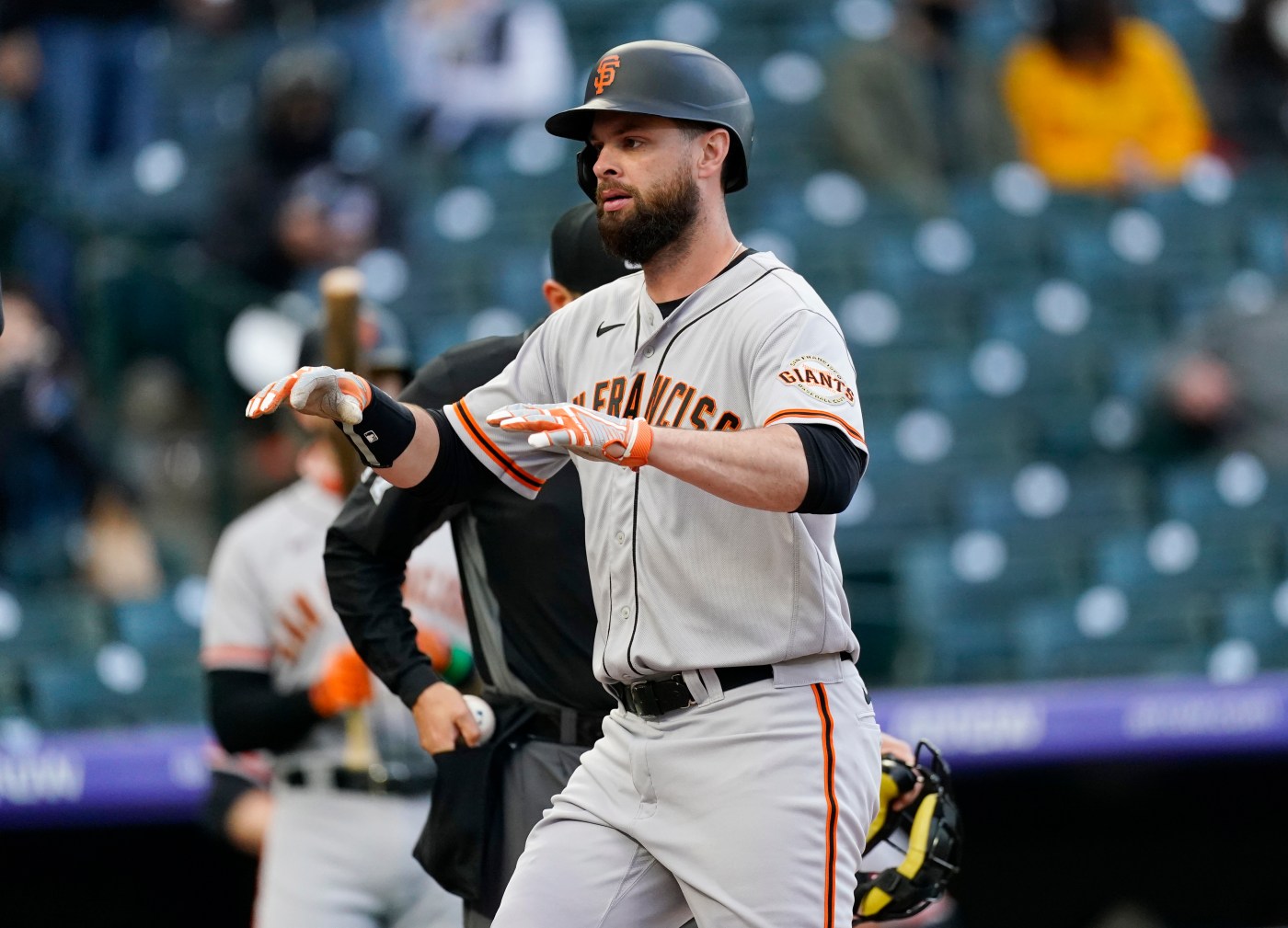 After his club put up 10 runs in the first inning of a 12-4 win in the first game of a Tuesday doubleheader, Giants manager Gabe Kapler explained that he never feels a big lead is safe at Coors Field.

Closer Jake McGee, a former Rockies lefty, returned to the mound at the house of horrors for major league pitchers and reminded Kapler how quickly a game played at altitude can unravel.

McGee entered the final inning of Game 2 of Tuesday’s doubleheader with the Giants ahead 6-2, but allowed the Rockies to methodically chip away at the lead before rookie Camilo Doval gave up a three-run, walk-off home run to Charlie Blackmon to seal a stunning 8-6 loss.

McGee hadn’t pitched since the Giants’ last homestand before giving up four hits and recording just two outs in the bottom of the seventh inning on Tuesday. His struggles, particularly with his fastball location, forced Kapler to bring in a different pitcher and he chose Doval, who lacks experience but mixes a high 90s fastball with a slider the Giants believe is an effective major league offering.

Doval nearly ended the game by inducing a shallow pop fly to right field from C.J. Cron, but right fielder Steven Duggar was stationed deep in the outfield and neither he nor second baseman Wilmer Flores could catch a ball that fell in between them.

The next hitter was Blackmon, who worked a 3-2 count and fouled off several offerings from the Giants rookie righty before launching the eighth pitch of the at-bat into the right field seats to force a rubber match on Wednesday.

The blown lead was reminiscent of the Giants’ Opening Night loss against the Mariners when the bullpen coughed up a five-run lead in Seattle.

A second win on Tuesday would have moved the Giants a season-high eight games above .500 and given them the best winning percentage in the majors, but they instead dropped a winnable matchup against a last-place Rockies team that didn’t show much life at the plate until the final inning of the second game of the doubleheader.