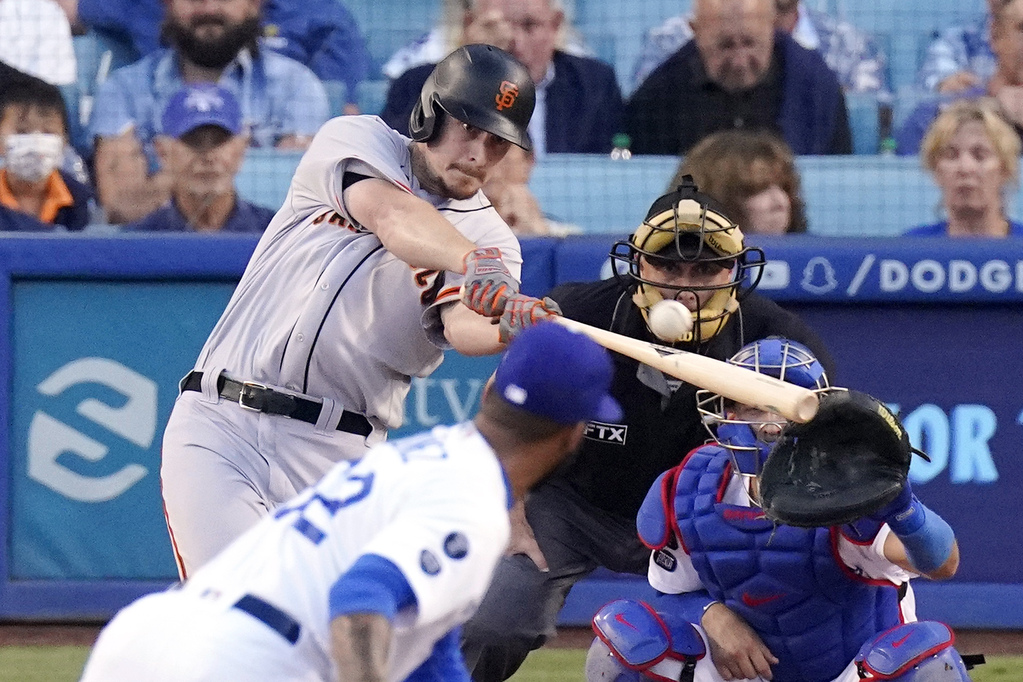 LOS ANGELES — The Giants bullpen has been so good in recent weeks that it seemed like an extended run of excellence couldn’t possibly continue without a hiccup.

Sure enough, the hiccup arrived at a terrible time.

On a night when four Giants hitters blasted home runs and two high-leverage arms, Jarlín García and Jake McGee, came through with strong performances, two others melted down in a 8-6 walkoff loss at Dodger Stadium.

Right-hander John Brebbia gave up a RBI double and a two-run home run in the sixth inning before closer Tyler Rogers walked the first two batters he faced on nine pitches in the ninth inning. The third batter Rogers faced, pinch-hitter Will Smith, came off the bench and launched a soaring shot into the night that shook Dodger Stadium.

The loss marked one of the worst of the season for a Giants team that opened up a 6-1 lead in the fifth inning and was unable to shut the door against a Dodgers club that pulled back within 1.0-game of the Giants’ lead in the National League West.

Despite not having to face Justin Turner and Max Muncy, who exited the game with contusions after being hit by pitches, Rogers still had to contend with Smith, who came up with a clutch pinch-hit home run that spoiled a four-home run night for the Giants lineup.

Tuesday marked the seventh time in franchise history the Giants have hit at least four home runs in the same game at Dodger Stadium and the first since September 4, 2010 when Buster Posey, Edgar Renteria, Pat Burrell and Juan Uribe all powered the eventual World Series champions to a 5-4 win.

It was only the second time the Giants have lost when they’ve hit four homers at Dodger Stadium, with the first coming in a 7-4 defeat on June 28, 1994.

The Giants’ bullpen entered Tuesday’s game fresh off six innings of shutout ball that enabled the club to capture a 7-2 win following a short 3.0-inning outing from starter Kevin Gausman. The team’s relievers began the day with a 3.27 bullpen ERA that ranked third in the majors and a 3.23 bullpen ERA in July that was second only to the Milwaukee Brewers, but Brebbia’s struggles continued as he allowed an opponent to score for the fourth time in his last seven appearances while Rogers was uncharacteristically shaky.