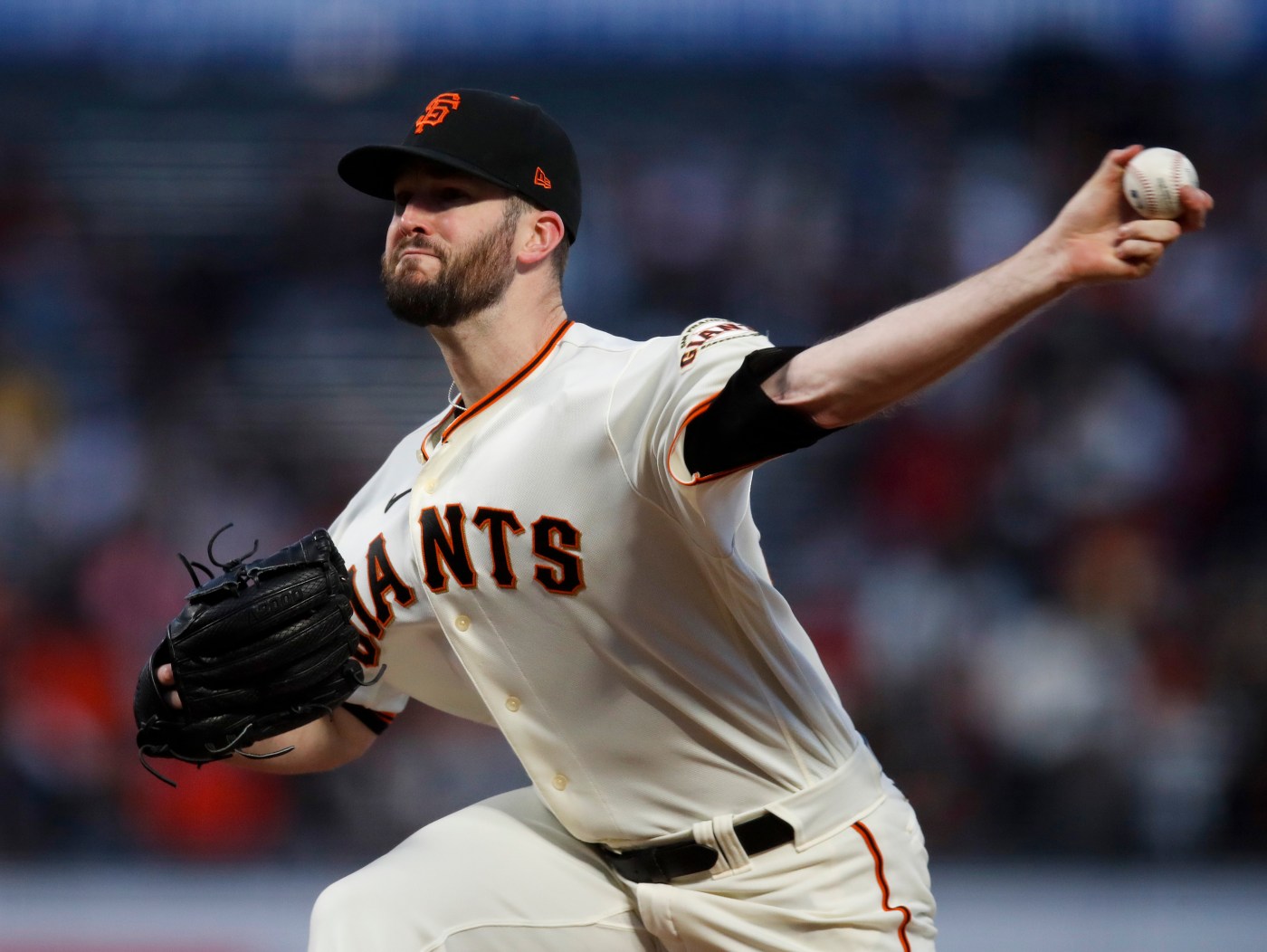 SAN FRANCISCO — After splitting the first two games of the NLDS against the rival Dodgers, the Giants will turn to left-hander Alex Wood to pitch Game 3 of the series on Monday in Los Angeles.

Giants manager Gabe Kapler made the announcement following a 9-2 loss on Saturday at Oracle Park in which several San Francisco pitchers struggled with command issues against a Dodgers team that showed a much more disciplined approach than it did in Game 1 of the series.

Wood will face Dodgers ace Max Scherzer, who was lifted after throwing 94 pitches over 4 1/3 innings in the National League wild card game on Wednesday against the Cardinals. Since acquiring Scherzer in a deadline deal with the Nationals, the Dodgers have won all 12 of his starts.

Wood has plenty of postseason experience and almost all of it has come while wearing Dodger blue. The left-hander has owns a 3.55 playoff ERA and has made 20 career playoff appearances including 18 with the Dodgers as he reached the postseason in five separate seasons with Los Angeles.

“If you look at Woody’s numbers in the postseason, he’s been incredible whether it’s starting or coming out of the bullpen,” Giants Game 2starter Kevin Gausman said. “Obviously the Dodgers know that too because they’ve had him for a long time.”

Following a dominant outing from Game 1 starter Logan Webb, who tossed 7 2/3 scoreless innings in a 4-0 shutout win, Gausman was charged with four earned runs over 5 1/3 innings as the All-Star took the loss for the Giants on Saturday.

Meet the 2021-22 Nuggets: A breakdown of the complete team roster

The Giants could have chosen either Wood or righty Anthony DeSclafani to pitch in Game 3, but the team ultimately tabbed Wood as he ended his regular season with six scoreless innings in a 1-0 win over the Diamondbacks on September 29.

Despite Wood’s long track record pitching in the playoffs, Monday’s outing will mark his first postseason start since the lefty recorded 5 1/3 innings of one-run ball in a 6-2 Dodgers win in Game 4 of the 2017 World Series against the Astros. Each of Wood’s last 12 playoff appearances have come out of the bullpen including two in the 2020 World Series.