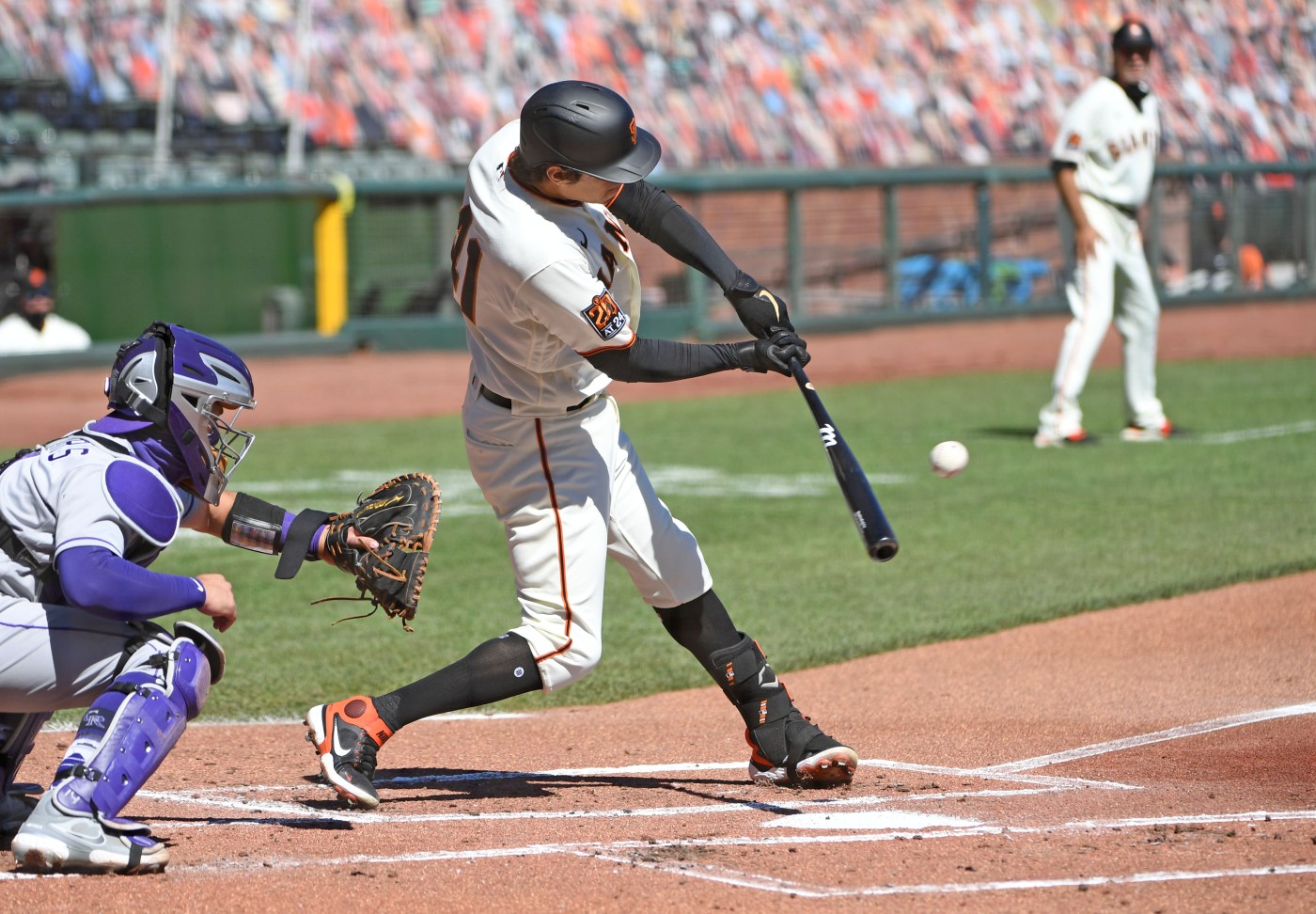 With the Giants down by a run and looking for a ninth-inning rally against Padres closer Mark Melancon on Friday, Wilmer Flores did his best to stay disciplined.

Flores took three consecutive pitches from Melancon off the outside corner and should have found himself in a hitter’s count, but home plate umpire Adam Hamari had other ideas.

Hamari called each of the three pitches Melancon threw strikes, effectively taking the bat out of Flores’ hands and costing the Giants an out in a game they lost 3-2.

SF Giants squander chance after chance in loss to Padres

Giants: Zaidi’s deal for former Yankees outfielder Tauchman was years in the making

“It was especially frustrating,” manager Gabe Kapler said. “I obviously saw Flores’ reaction to the first pitch and he very rarely reacts with anything but calm and poise. To see that kind of raised an eyebrow in the dugout. What’s going on? Why is he upset? The guess was he’s probably right in his assessment that the pitch was off the plate.”

Since Farhan Zaidi became the Giants’ president of baseball operations in November, 2018, controlling the strike zone at the plate and on the mound has been a primary mission for the organization. The Giants’ 23.6% chase rate at the plate is the third-best mark in the majors this season and trails only the Dodgers and Yankees, but Flores’ decision not to chase three pitches from Melancon wound up costing the Giants an out an an inopportune time.

“I thought it was really interesting that the other two (pitches were outside) as well, but you didn’t see that reaction from Flo,” Kapler said. “I think that was more telling of his level of frustration than anything else. He felt pretty out of control as we all did in the dugout and there was no shortage of frustration after the game.”

According to Twitter user @UmpireAuditor, the first offering from Melancon missed the outside corner by 3.59 inches while the subsequent offerings missed by 2.27 inches and 3.23 inches.

This is one of the worst sequences I’ve seen.