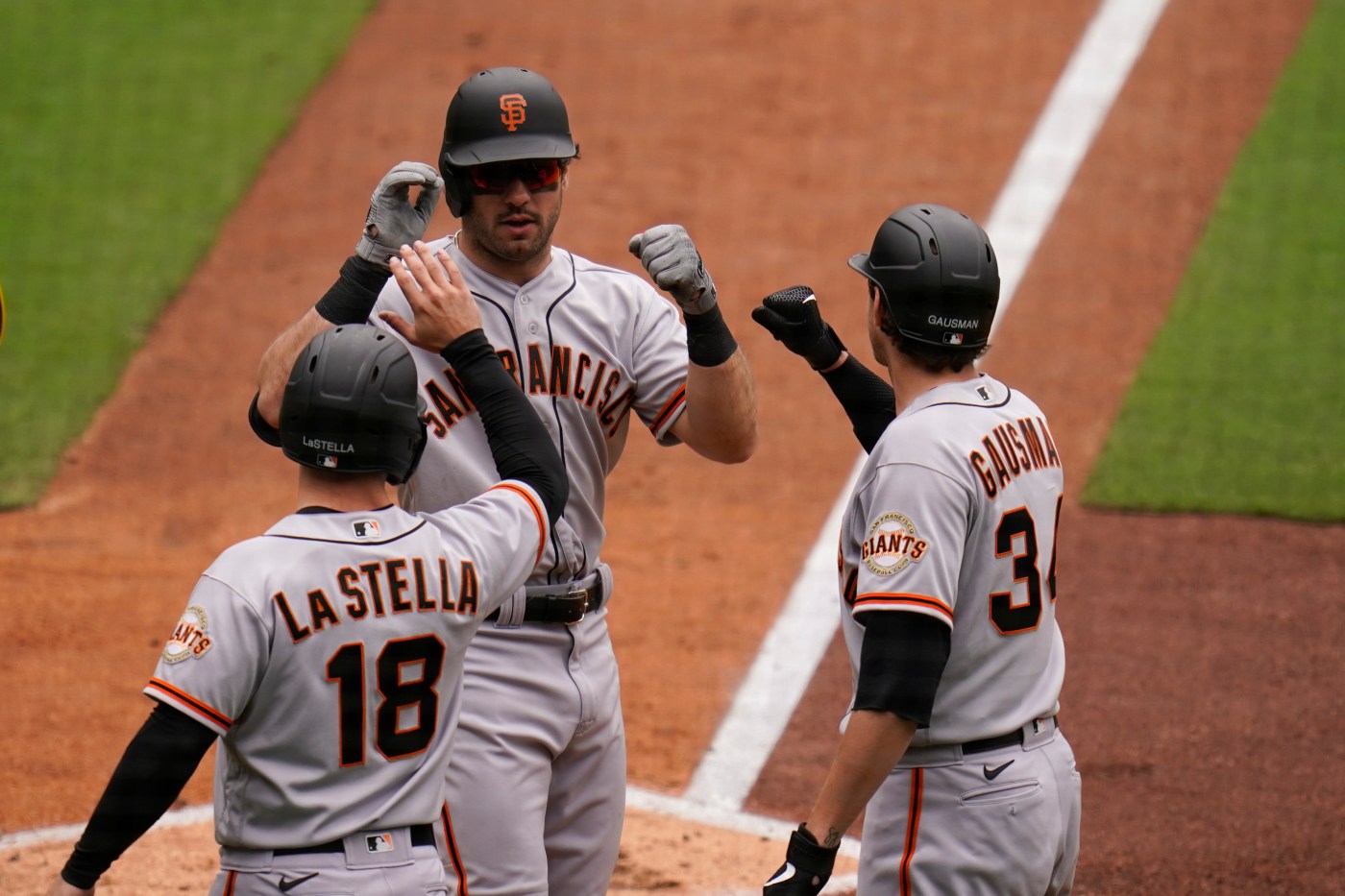 The Padres and Dodgers dominated offseason headlines and played the most compelling head-to-head matchups between any clubs in April, but in the early days of May, the Giants are still in first place in the National League West.

It’s far too early to talk about the standings, but with a 7-1 win on Sunday in San Diego, the Giants are now 3-3 against the Padres this season and have proven they aren’t overmatched against one of the deepest rosters in the majors.

After dropping the first two games of a three-game set at Petco Park, the Giants improved to 17-11 behind a strong performance from starter Kevin Gausman and an offense that finally broke out with help from an early three-run home run hit by newcomer Mike Tauchman.

With Mike Yastrzemski (left oblique soreness) and Donovan Solano (moderate right calf strain) on the 10-day injured list, the Giants were without two of their best hitters this weekend, but Tauchman provided power in Yastrzemski’s place while infielder Tommy La Stella had a pair of hits including a RBI triple starting at second base, where Solano usually shares time with him.

The Giants felt La Stella was on the verge of breaking out of an extended slump, but he exited Sunday’s game in the fifth inning with an apparent left leg injury after scoring on a RBI groundout from Wilmer Flores.

A Giants offense that failed to score more than three runs in any of their first five games at Petco Park this season put three runs on the scoreboard with one swing in the third inning on Sunday. Tauchman hadn’t homered since the 2019 season, but after being robbed of extra bases with a long flyball to right center field in the first inning by Jurickson Profar, Tauchman hit a 2-2 cutter to a part of the ballpark where Profar couldn’t reach it to give the Giants a 3-1 lead.

Gausman, who gave up a first inning home run to Fernando Tatis Jr., scored more runs than he allowed Sunday as the Giants right-hander was involved in each of the team’s rallies. In the third inning against Padres righty Joe Musgrove, Gausman laid down a sacrifice bunt to advance catcher Curt Casali to second and reached base after Musgrove bobbled the ball.

The righty then scored on Tauchman’s home run into the right field bleachers before he was able to help himself out once more. In the fifth inning, Gausman led off against Musgrove with a single down the left field line for his third hit in 66 career at-bats before he raced all the way around the bases to score on La Stella’s triple.

The Giants extended Gausman a one-year, $18.9 million qualifying offer last offseason with the belief his best days as a starter were still ahead of him and the 30-year-old right-hander has given the club’s top decision-makers every indication they were correct.

In six starts this year, Gausman has completed at least six innings in each outing and struck out 40 hitters while posting a 2.04 …read more