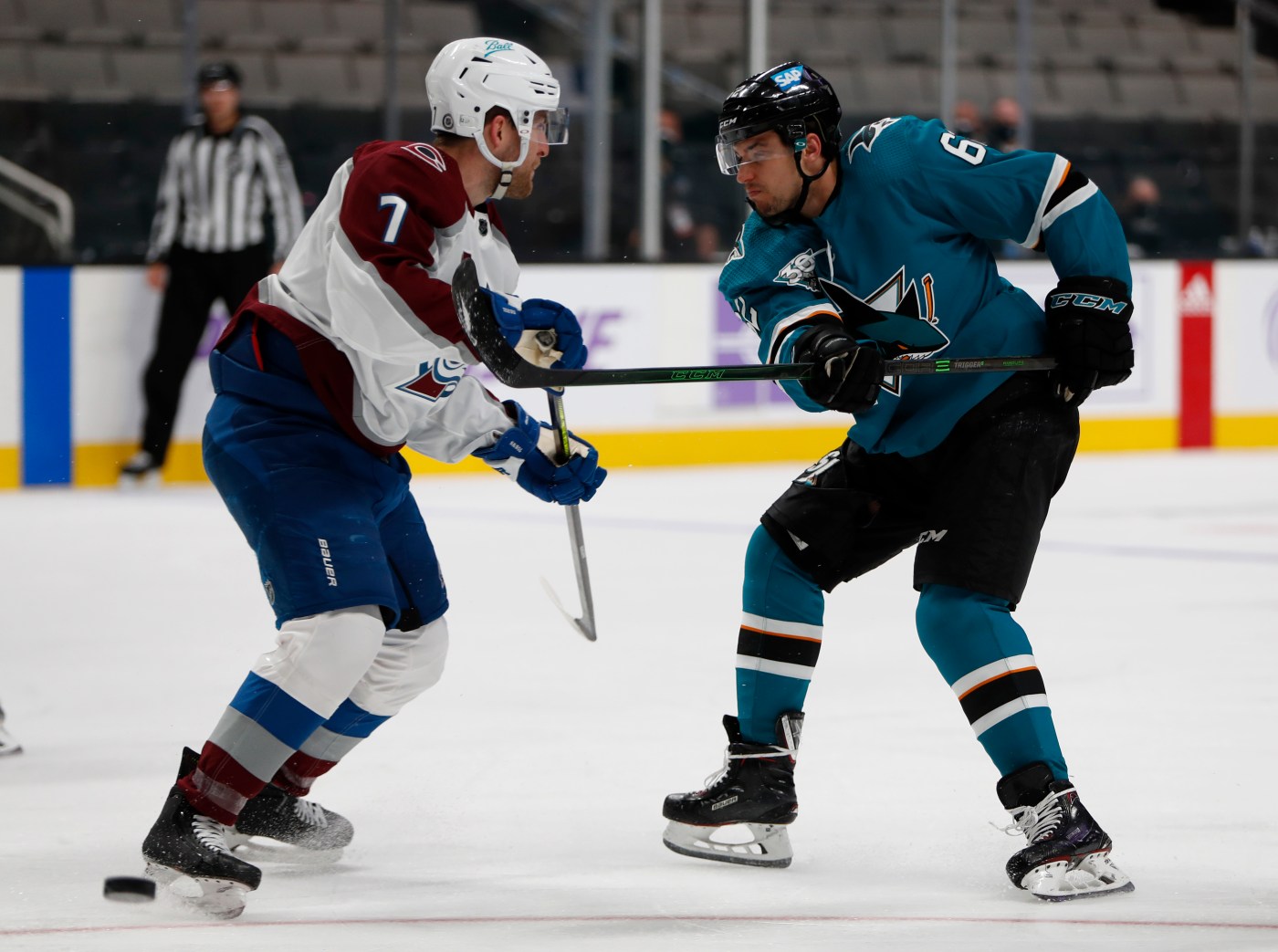 SAN JOSE – The Sharks failed to keep their razor-thin playoff hopes alive for at least one more game.

Andre Burakovsky scored at the 41-second mark of overtime to lift the Colorado Avalanche to a 5-4 win over the Sharks at SAP Center, officially eliminating San Jose from playoff contention.

Up by two goals in the third period, the Sharks allowed goals by Gabriel Landeskog and Nazem Kadri as the Colorado Avalanche came back to force overtime.

Evander Kane scored twice and Tomas Hertl added a goal and an assist for the Sharks.

Alexander Barabanov assisted on Kane’s second goal at the 7:47 mark of the second period for his fifth point in five games since he joined the Sharks lineup on April 26. Sharks goalie Martin Jones finished with 26 saves.

The Sharks and Avalanche play again Wednesday when the two teams wrap up their season series. San Jose is now 1-6-0 against Colorado this year.

The Blues beat the Anaheim Ducks 3-1 earlier Monday, meaning the Sharks had to beat the Avalanche to stay alive for a playoff spot. San Jose is now 10 points back of St. Louis with four games to play.

The Sharks and their fans accepted some time ago that they would miss the playoffs for a second straight year.

The Sharks last week began to accept that they would fail to make the playoffs for the second straight year, as they began to rotate some less-experienced players into the lineup.

Along with Barabanov and with some other players at less than 100 percent health, the Sharks have also given playing time to forwards Joachim Blichfeld, Alex True, Ivan Chekhovich and defensemen Brinson Pasichnuk and Christian Jaros.

The Sharks were just three points out of a playoff spot on April 10, but then went 0-7-1 over their next eight games to take themselves out of contention. The Sharks entered Monday eight points behind St. Louis for the fourth and final playoff spot in the division.

Sharks coach Bob Boughner said he talked to the Sharks’ leadership group after the NHL trade deadline last month to discuss what the team’s plan was moving forward, and to get everyone on the same page.

“We’re trying to build out a better team next year, and this …read more