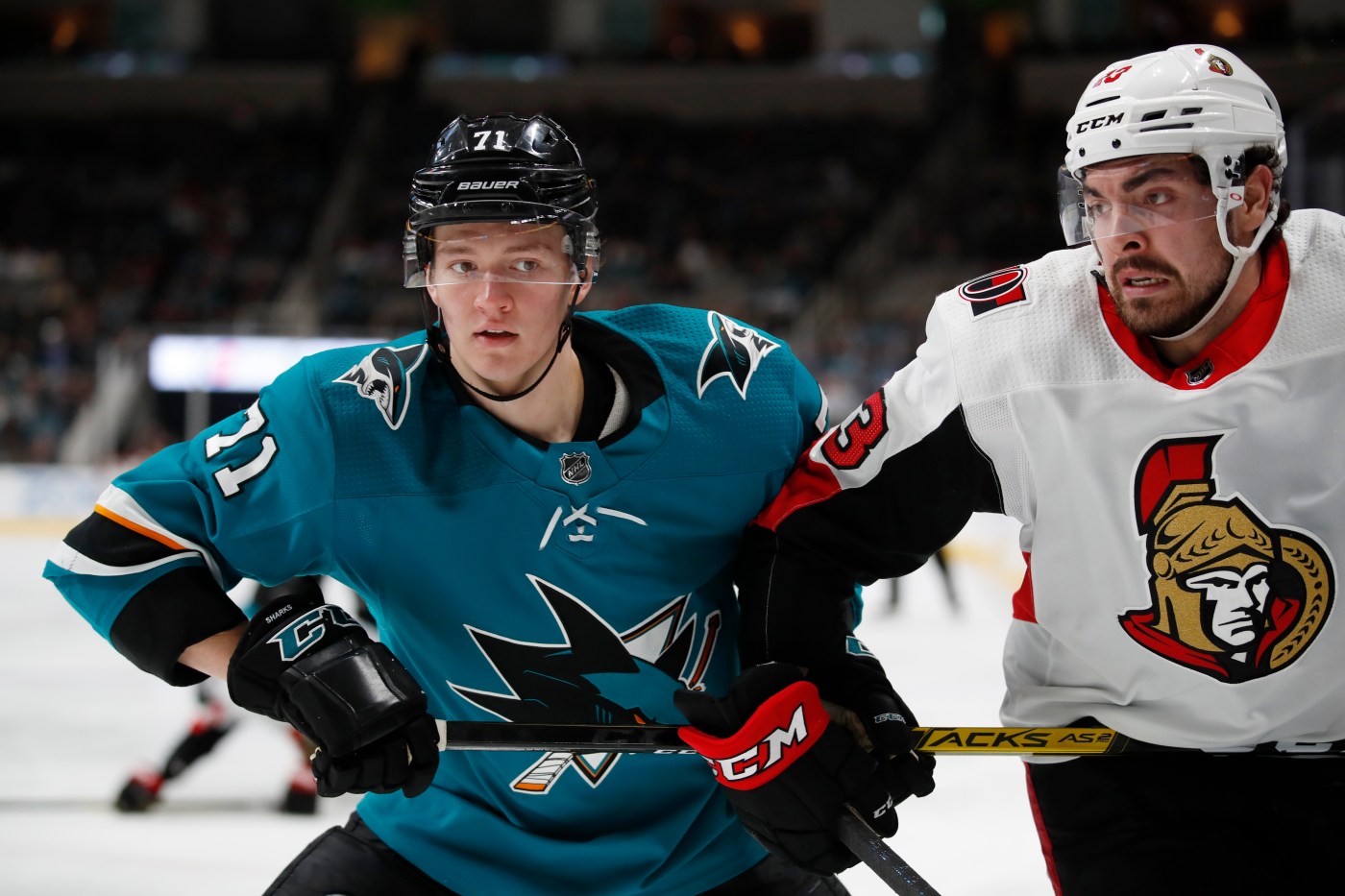 SAN JOSE – The Sharks are going to be without Nikolai Knyzhov for the foreseeable future as the defenseman’s lower-body injury, which has kept him off the ice since the start of training camp, has not responded well to rehabilitation.

Knyzhov was skating on his own late last week, but Sharks coach Bob Boughner said the defenseman’s progression has stalled and that he was flying out Wednesday to visit a specialist.

The Sharks had recently considered Knyzhov week-to-week and were hoping he could join the team on its upcoming five-game road trip to continue to rehabilitate. But Boughner said Sunday the possibility also existed that Knyzhov would not be healthy enough to travel.

Knyzhov, 23, was the Sharks’ top rookie from last season as he played in all 56 games, had 10 points, averaged 16:26 of ice time per game, and became Erik Karlsson’s defense partner.

It is not immediately clear who would play with Karlsson on Saturday when the Sharks host the Winnipeg Jets in their regular-season opener.

Rookie Santeri Hatakka played with Karlsson on Saturday in the Sharks’ final preseason game against the Vegas Golden Knights. He had 16:50 of ice time and was credited with three hits and two blocked shots in a 4-0 Sharks win.

Boughner, though, seemed to indicate that Jake Middleton and Radim Simek will round out the defense corps for Saturday’s game, joining Karlsson, Brent Burns, Mario Ferraro, and Marc-Edouard Vlasic. Burns will be paired with Ferraro, but the other two pairs were not known, although Vlasic and Simek played several games with each other last season.

The Jets are in a mess of their own making

The Sharks begin their five-game, eight-day road trip Tuesday in Montreal, followed by games in Ottawa, Toronto, Boston, and Nashville.

“Midds has done enough through camp to start. Simmer’s got some equity built up with us, so if Hatakka doesn’t start Saturday, I think you’ll see him in the lineup for sure on the road trip,” Boughner said. “And I think it’s going to be more opponent-based. What kind of team do we need to compete every night.”

NO VIEL, EITHER: Forward Jeffery Viel will also be out long-term as he is slated to have surgery on his finger. Boughner said Viel, who hurt his finger in a fight on Oct. 4 against Anaheim’s Sam Carrick, will miss about four weeks.

BARABANOV UPDATE: Forward Alexander Barabanov, who had been dealing with a nagging lower-body injury and was held out of Saturday’s preseason game, skated Wednesday on the Sharks’ fourth line with Jasper Weatherby, Andrew Cogliano, and Lane Pederson.

“He looked OK today,” Boughner said. “Today was a tough practice obviously with a couple of days off, so he went through the whole practice. I want to see how he responds overnight and see what he feels like in the morning, but he does look improved. I watched him closely and it looked like his stride was back to normal.”

GADJOVICH UPDATE: Boughner said Jonah Gadjovich is still awaiting clearance from immigration to come to the United States after he was picked up off of waivers from the Vancouver …read more