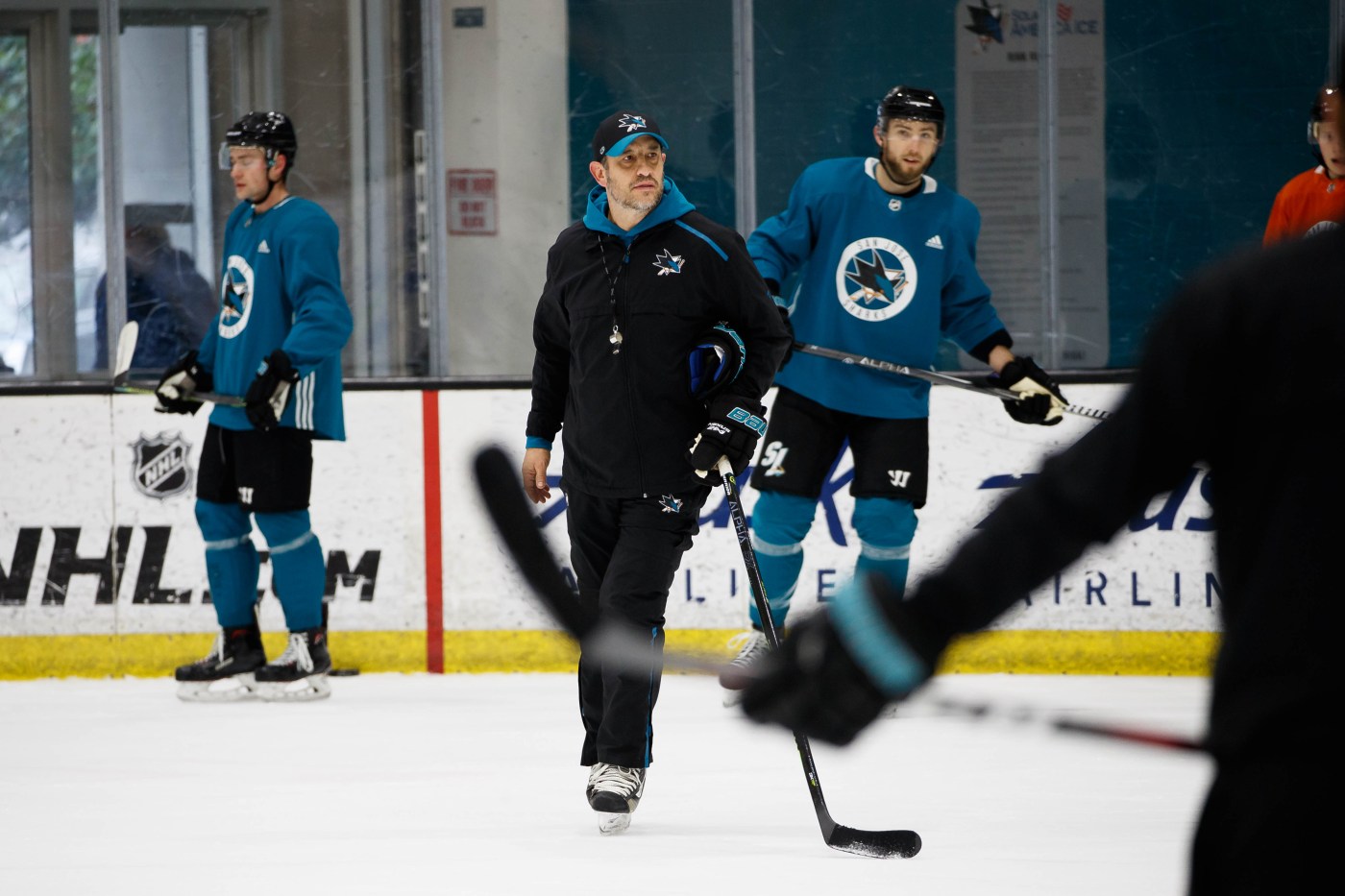 San Jose Sharks president Jonathan Becher said the team will need to hold its training camp outside of Santa Clara County if local health officials do not allow players to skate in large groups at Solar4America Ice in San Jose.

Becher said Friday the Sharks right now are able to skate in small groups at the facility, but would need approval from the county’s public health department to skate in larger groups during training camp, which could start next month.

“We do not yet have permission to do that,” Becher said. “We’re hoping to hear back from the county next week in order to open that up, which then would allow scrimmages and practices to start in early December. That’s one of questions we do not have an answer to just yet.”

Becher said holding training camp outside of the county would be “a last resort for us, but if the season is going to start in January and we can’t train here, we would have to train someplace else. That is a backup plan.”

Contacted Friday by this newspaper about the Sharks’ status, a spokesperson from the county’s department of public health hoped to provide more information next week.

Coronavirus cases are surging to frightening levels in Santa Clara County, which was placed in the purple tier, the most restrictive, by Gov. Gavin Newsom on Tuesday.

Friday, the county recorded 407 new cases, the highest single-day number since March. The number of patients hospitalized in Santa Clara County rose from 110 to 166 in the past week.

Broncos were 6-point underdogs to the Saints before losing their QBs. Here’s what they are now.

Becher said the Sharks have been in discussions with other hockey facilities, but would not specify where.

“You can just look at a map and see where places are open and figure it out,” Becher said.

The Sharks operate Solar4America Ice in Fremont and the Oakland Ice Center. But the team could run into the same kind of roadblocks in Alameda County as far as skating in large groups as they might in Santa Clara.

Last year, the Sharks invited 63 players — broken up into three groups — to its training camp. It is unclear how many players the team would invite to camp this season.

Regardless, the Sharks need to find a home for their training camp soon if they’re not going to be in San Jose.

The Sharks, along with six other teams that were not part of the NHL’s Return to Play plan this summer, asked the league earlier this year for extra training camp time since they have not played a game or practiced as a team since March.

The seven non-playoff teams appear to be on track to get that approval from the league. If it happens, the Sharks may get an additional seven-to-10 days to train before the beginning of the main camp, which is expected to take about two weeks.