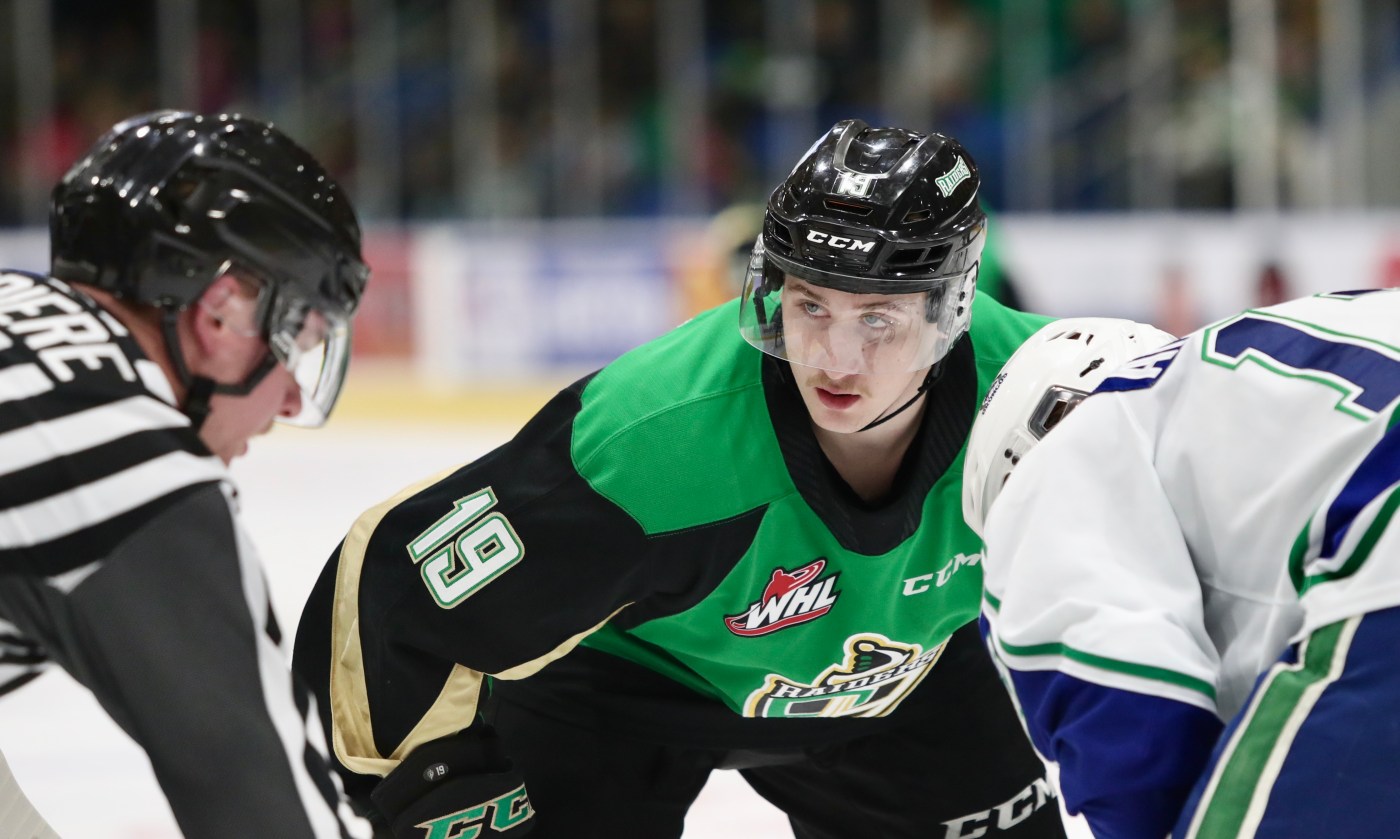 Ten days after they took Ozzy Wiesblatt in the first round of the NHL Draft in memorable fashion, the San Jose Sharks signed the 18-year-old center to an three-year entry level contract.

“Ozzy brings speed, playmaking, and offense to the lineup, which makes it difficult to play against a talented skater like him,” Sharks general manager Doug Wilson said in a statement. “His tenacity for the puck paired with his ability to retain possession and drive the offensive side of the game, along with his character on and off the ice, makes him a valuable player for our organization.”

Wiesblatt had 70 points (25 goals, 45 assists) in 64 games last season with the Prince Albert Raiders of the Western Hockey League, which announced Thursday that it had set Jan. 8 as a start date for next season. Wiesblatt will no doubt be among the leaders for the Raiders, who finished atop the WHL’s East Division in 2019-20.

“He’s a winner. That’s why whoever was going to draft him was going to draft a very unique person,” Marc Habscheid, a former NHL player who has been Prince Albert’s coach since 2015, told this newspaper earlier this month. “He hasn’t had a smooth ride or an easy ride to get to where he is so far.”

On Oct. 6, while sitting at home in Calgary, Alberta with his mother, his three brothers and his sister, Wiesblatt watched on television and heard his name called by Sharks executive Doug Wilson Jr. with the 31st overall pick at the end of the first round.

Utah State at Boise State: How to watch, listen to or stream the game

Wiesblatt also saw Wilson use sign language to communicate the pick to the family, and to his mom, Kim White, a single parent who has been deaf since birth.

Habscheid credited the Sharks, and Wilson in particular, for getting to know Wiesblatt on a personal level. The gesture Wilson made was special for him, too.

“It was nice to see, but it didn’t surprise me,” Habscheid said. “Just from talking to Doug, he gets that, and he gets Ozzy. Where (teams) had Ozzy maybe wasn’t at the end of the first round, it was probably early in the second round.

“But the Sharks stepped up because they understand Ozzy, and the way they announced that was just the respect of understanding Ozzy and understanding his family, and what his mom means to him.”

Wilson Jr. mentioned that he Brian Gross and Ryan Russell, two Western Canadian amateur scouts for the Sharks, all saw Wiesblatt several times. On Gross and Russell, Wilson Jr. said, “They know spirit, they know heart, and this kid has it. It just works out that his skill level is undeniable.