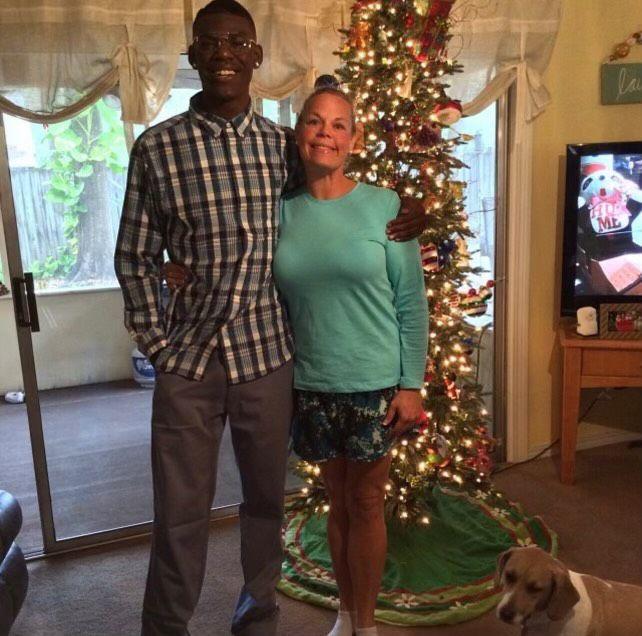 She’d arrived in his life like a guardian angel and left just as quickly. That was what made it so hard. As Chris Westry stood up to speak at the memorial service, he didn’t want to believe she was gone.

Kim Brody was supposed to see him the day before. That was the plan. She would leave her Jacksonville-area home and head to South Florida for the Ravens’ Nov. 11 game against the Miami Dolphins. Westry was excited; his godmother had never been to one of his NFL games. He wanted to see her. He wanted to thank her. He never imagined that weekend being the one when he would have to say goodbye.

“What hits you when somebody’s passed is, they’re not coming back,” Westry, a third-year cornerback, said in an interview Friday. It had been a week since he’d celebrated Brody’s life with friends and family in Jacksonville. Brody died Oct. 30 after suffering a massive stroke. She was 48. Now the holidays were approaching. It would be Westry’s first without her in his adult life.

Westry was 14 or so when he met Brody. At Oakleaf High, the school in the Jacksonville suburbs where Westry would star at defensive back, she was not quite a team mom, he said, because “she did it all.” Brody was a natural caretaker, an elementary school teacher who also volunteered to handle equipment for Oakleaf’s football team.

In Westry, she could sense a sadness. His father, absent for most of his life, had died when he was young. Westry’s home life was difficult. One day, she invited him over for dinner with her family.

“I don’t even know how we clicked, but we ended up clicking,” he said. “I don’t even know if it’s like a mother’s intuition or something, but she just figured I was struggling. We were struggling as far as with a lot of things with me, personally. I’m from a single-parent home. I feel like she just picked up on that. She just offered to help, and I’m forever grateful for her. I could never repay her for everything she has done for me.”

“K.B.,” as Westry called her, became a safety net, a driver, a provider. She took Westry to local football camps, where he proved himself as a Southeastern Conference-level recruit. She put him up in her home. She helped feed him and clothe him.

Before long, Brody had become his godmother. “Very rarely do I ever ask for help,” said Westry, a self-described introvert. “And I figured I could trust her. … It was like, what’s understood ain’t need to be explained. With us, our relationship, you could say that off Day 1, because I don’t go out of my way to ask people for …read more