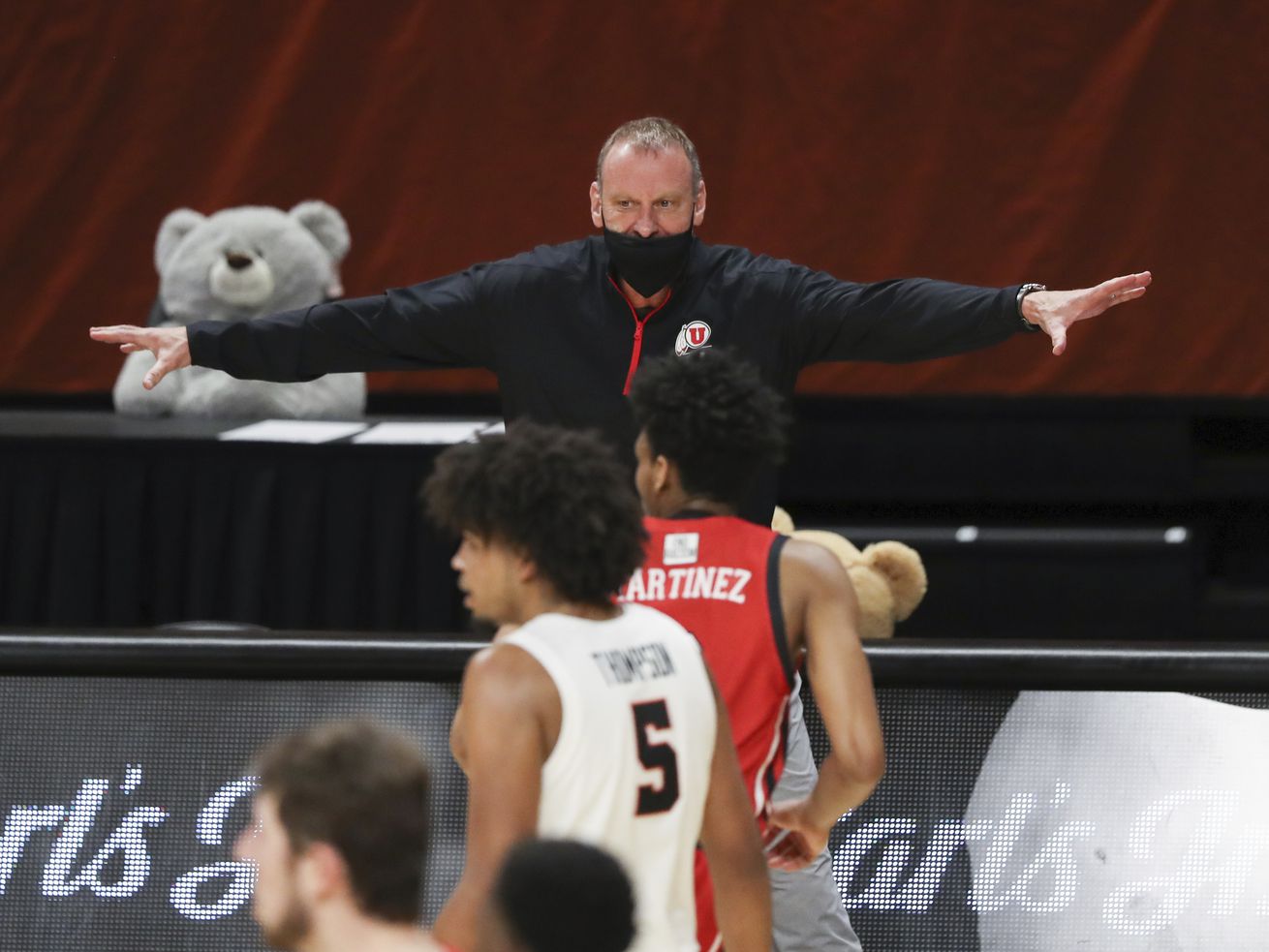 Basketball coach Larry Krystkowiak has said it dozens of times over the course of his 10-year tenure as head coach of the Runnin’ Utes. He can handle getting beat by teams, especially in the Pac-12 where the Utes are often on the short end of the size and talent stick.

Beating themselves is inexcusable, in Krystkowiak’s book.

But that’s what happened Thursday night in Corvallis, at least from Utah’s perspective, as the shorthanded visitors, playing without starters Rylan Jones and Mikael Jantunen for the second time, committed 20 turnovers and shot just 38% from the field in a 74-56 loss to Oregon State at Gill Coliseum.

“You are at the point of the season right now where we are all trying to get to the finish line, and I thought we had a scared look on our face,” Krystkowiak said.

It was that sad. In falling back to .500 on the season — 9-9 overall and 6-8 in Pac-12 play — the Utes played arguably their worst game of the roller-coaster year. Of course, there was another team on the court, evenly matched with the Utes but more healthy, and the Beavers (11-10, 7-8) have to be credited for grinding out the win when they didn’t play exceptionally well themselves.

Giants’ Brandon Crawford has always proven doubters wrong. He plans to do it again.

“You are at the point of the season right now where we are all trying to get to the finish line, and I thought we had a scared look on our face.” — Utah basketball coach Larry Krystkowiak

For Utah, Timmy Allen had 24 points on 9-of-17 shooting, but he forced a lot of shots and had six turnovers in 37 minutes. He looked tired, partly because he got little help. Branden Carlson picked up two quick fouls, spent the bulk of the first half on the bench, then fired out of the second half like he was Bill Walton.

The sophomore from South Jordan scored 12 of his 16 points the first five minutes of the second half when Utah erased a six-point halftime deficit and actually took a 37-32 lead. The Utes looked like they were ready to take control.

But after Carlson hit a pair of free throws to give Utah a 39-38 lead, the Utes hit a wall.

Oregon State went on a 17-0 run, and that was that. Alfonso Plummer, who scored all 23 points in the second half to lead Utah to a stirring …read more