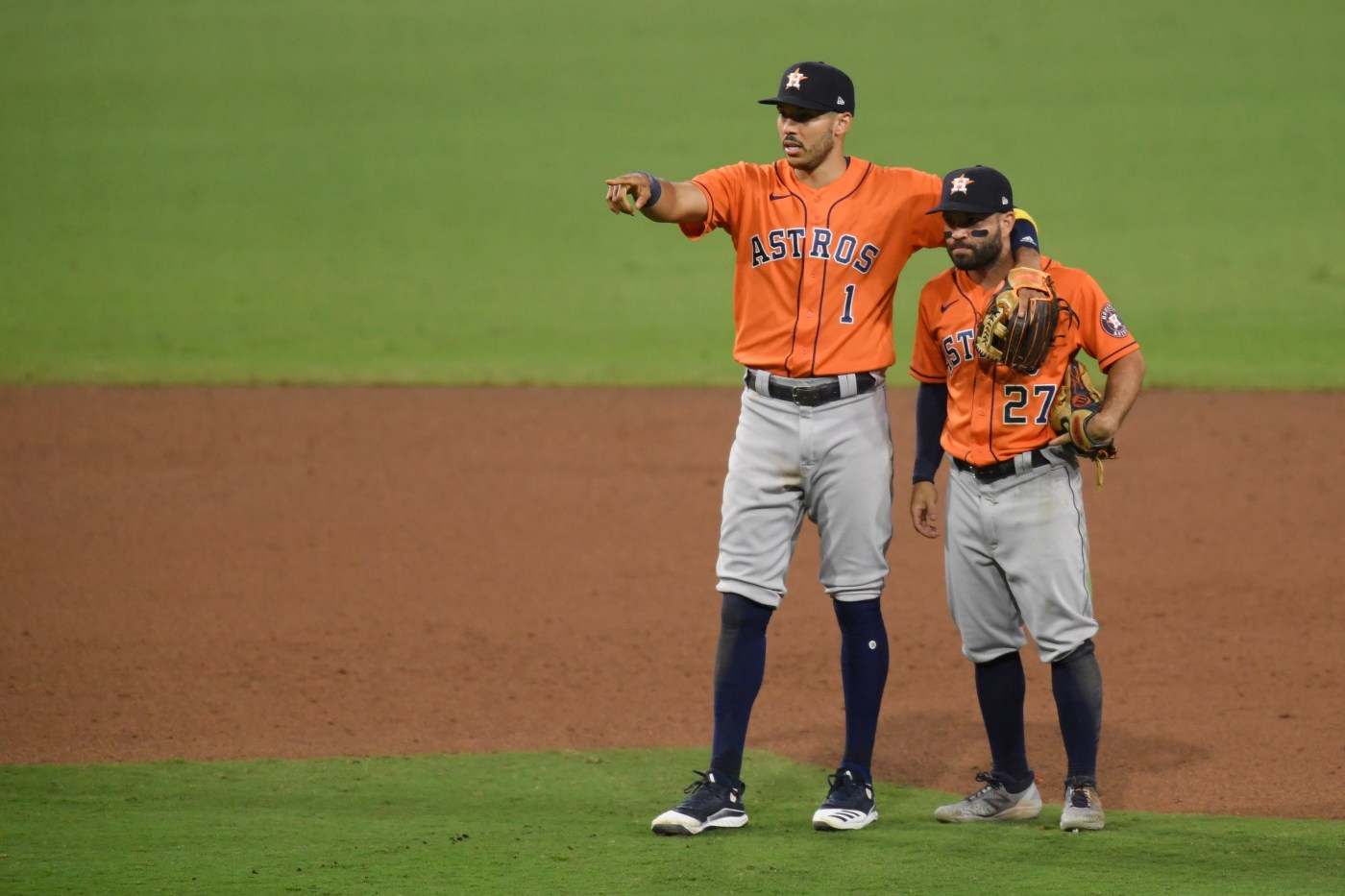 SAN DIEGO — The blowback from a sign-stealing scandal three years ago and a losing record during the pandemic-shortened regular season don’t mean a thing to Dusty Baker and the Houston Astros.

Like them or loathe them, the Astros are on the cusp of a third World Series in four seasons and joining the 2004 Boston Red Sox as the only teams to rally from a 3-0 deficit to win a seven-game series.

It’s been a stunning turnaround in a series that had been going the Rays’ way as they opened a 3-0 lead.

“We’re not through writing history,” Baker said. “We’re hoping we can have a happy ending to this historic season and historic year.

“This team’s battled back big time,” added Baker, hired to bring some stability to a team rocked by a sign-stealing scandal it used en route to the 2017 title that was uncovered last offseason. “You’ve got to love this team, or some people hate this team, but I mean you’ve at least got to respect this team, the way that they’ve worked.”

“We’re relentless and when we said we didn’t want to go home, we really meant that,” Correa said. “We want to keep playing baseball and we don’t want this to be the end of our season. We took care of these three games and now we’ve got to take one more. If we don’t win that game, then it’s all meant nothing. We’ve got to go out there tomorrow and get that win. It’ll be great.”

Earlier this week, some of the Astros watched a documentary on the 2004 Red Sox, who after falling behind 3-0 won four straight games to stun the New York Yankees for the AL pennant before winning their first World Series in 86 seasons.

Houston also is trying to become the first team to win a pennant with a losing regular season record (29-31). The Astros have been criticized for their role in a cheating scandal en route to the 2017 title that was uncovered last offseason.

Manuel Margot homered twice and drove in three runs for the Rays. Despite blowing a 3-0 series lead, they remain one win from the second World Series in franchise history — and one loss from joining the 2004 Yankees in ignominy.

Game 7 on Saturday night will feature the pitchers who started and finished Houston’s Game 7 win against the Los Angeles Dodgers in the 2017 World Series. Lance McCullers Jr. will go for the Astros while 36-year-old Charlie Morton will start for the Rays.

They are the first pair to pitch …read more