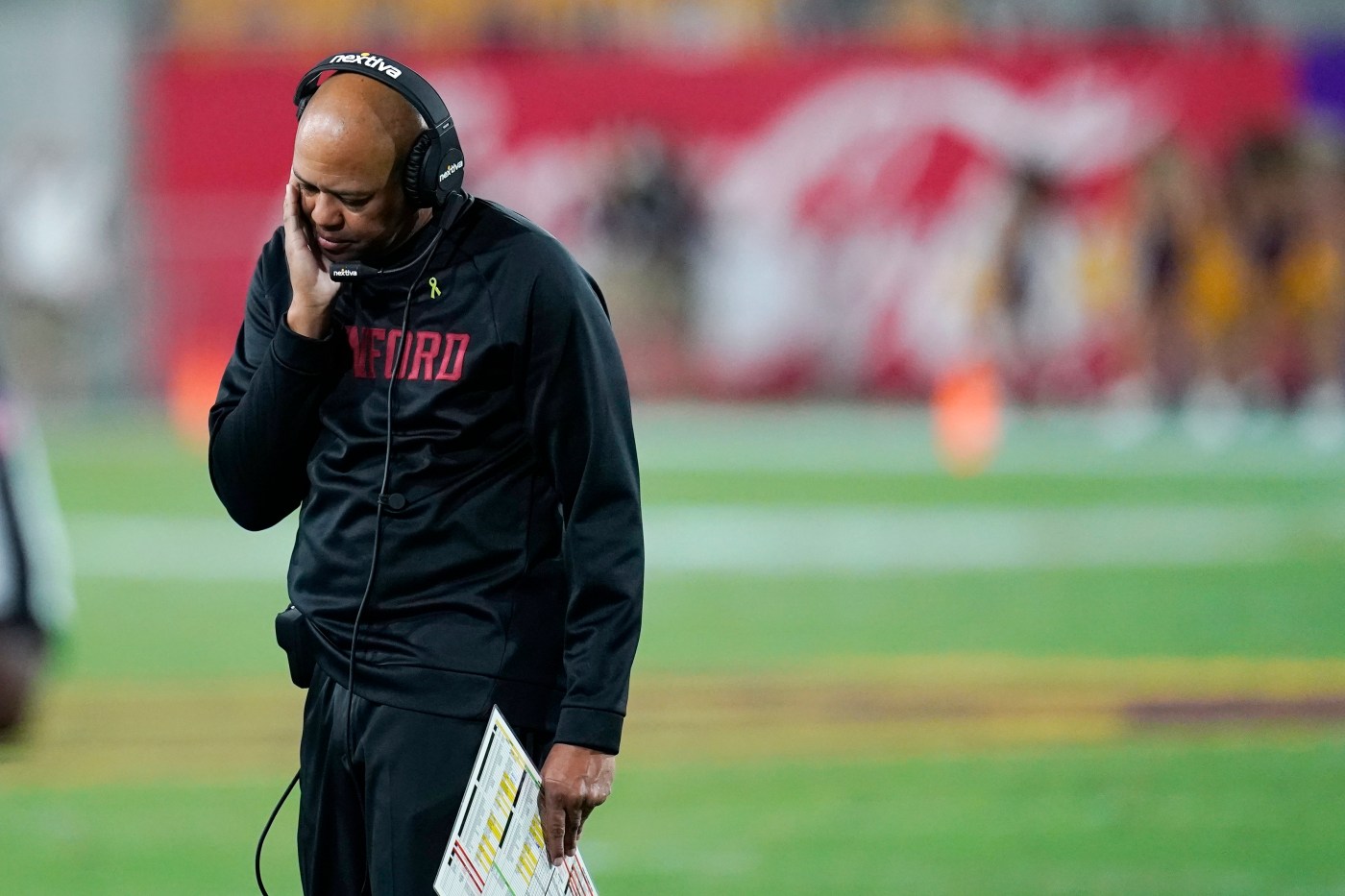 The toughest part of Stanford’s season is over.

After three games in 14 days against ranked teams—an upset of third-ranked Oregon sandwiched between deflating losses to No. 24 UCLA and No. 22 Arizona State—the Cardinal (3-3, 2-2) next plays five straight unranked conference opponents, starting Saturday at Washington State.

Standing 3-3 overall and 2-2 in the Pac-12  “is obviously not where we want to be,” sophomore tight end Benjamin Yurosek said after Friday night’s 28-10 loss in Tempe, Arizona. “But right now we just have to regroup and finish off the season strong. We have a Pac-12 championship to win, that’s our only goal right now.”

Yurosek, who had career highs of 118 yards and six receptions in Friday night’s 28-10 loss at ASU, is one of 20 key contributors for Stanford with less than 12 games of experience. That’s a fact that gives coach David Shaw hope that the Cardinal can finish strong.

“I still believe that we’re capable of some special things,” Shaw said. “I think we’re going to continue to grow and get better. There’s a lot of football left to be played for us, and that’s our challenge is to play great the rest of the year and let the chips fall where they may.”

Conference title aspirations might seem overly optimistic, but even in defeat there were encouraging signs Friday night, depending on your perspective.

After giving up three long touchdown drives to begin the game, the Stanford defense didn’t give up a point in the final 40 minutes (ASU’s only score after that came on a pick-six). And even though the offense produced only 10 points, it moved into ASU territory 10 times in its 11 possessions.

Not that it was any consolation to Shaw.

“It doesn’t matter if you can move the ball between the 20s,” Shaw said. “If you can’t get in and score touchdowns you’re not going to win not in this league. The defense gave the offense opportunities the entire second half, and the offense did not take advantage of those. We’ve got to play much better.”

Pac-12 preview: Stanford back on the road to face surging ASU, first-place OSU, Jedd Fisch vs. his ex and the light schedule

Stanford upsets Oregon (again), and the Pac-12 has no undefeated teams left: Breaking down the playoff paths

In the first half, Stanford drives ended with punts from …read more