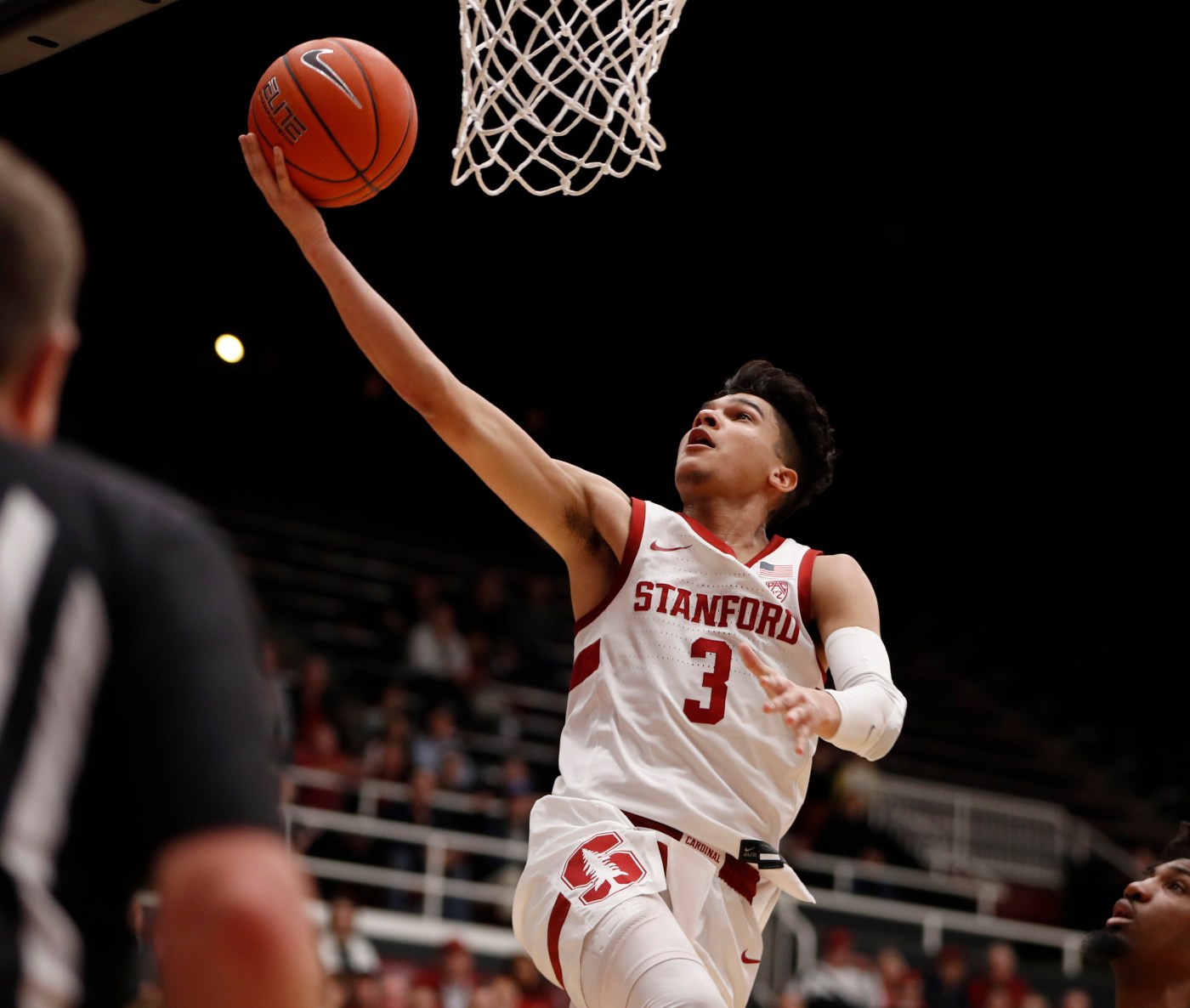 After one season in Palo Alto, Tyrell Terry is headed to Dallas.

The Mavericks took the Stanford freshman with the first pick of the NBA draft’s second round, No. 31 overall.

Terry averaged 14.6 points, 4.5 rebounds and 3.2 assists in his freshman season with the Cardinal, earning All-Pac-12 honors. He shot 44.1% from the field and 40.8% from three-point range, giving NBA scouts hope he can stretch the floor.

But with concerns about his slight 6-foot-2 frame, Terry slid out of the first round. Terry put on some bulk in draft prep, but he still weighed in at just 170 pounds at the NBA combine.

Terry’s scoring average was the second-most ever for a Stanford freshman, and his 89.1 percent shooting from the free-throw line is fifth in school history for a single season.

Beyond his shooting, Terry has shown off other offensive polish as a surprisingly solid finisher for his size and good feel for finding open teammates. In Dallas with Luka Doncic, he’ll see much less of the ball than he did as Stanford’s lead offensive generator.

Meet Legend running back Bryce Vaz: The breakout star of the Class 5A football playoffs

The Mavericks shipped Seth Curry to Philadelphia on draft night in exchange for Jason Richardson and the No. 36 pick, so Terry may slot in to replace the shooting lost in that deal.

His top game with Stanford was Feb. 26, when he knocked down 7-of-11 shots from three-point distance en route to 27 points in a Cardinal win over Pac-12 foe Utah.