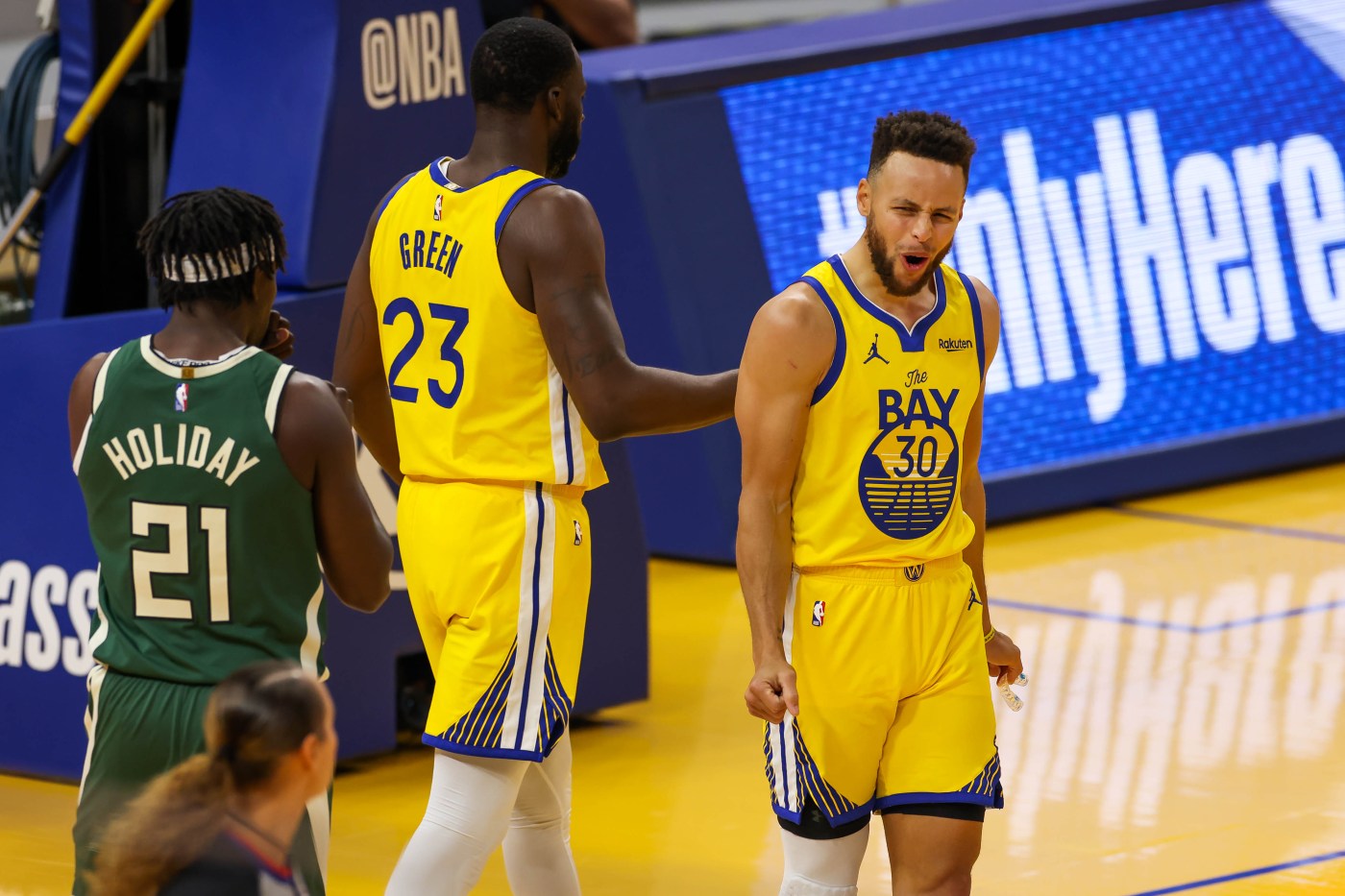 The corners of Steve Kerr’s smile could be seen from behind his facemask as he high-fived players walking off after the final buzzer.

Stephen Curry scored 41 and the Warriors came back from 12 points down to beat the Milwaukee Bucks, 122-121, Wednesday night at Chase Center and snap a three-game losing streak.

“We needed to win badly and, to come back from 12 down in the second half against a great team, this qualifies as a hell of a win,” Kerr said. “I’m thrilled with the win. We needed it.”

With MVP-candidate Giannis Antetokounmpo a late scratch with a sore left knee, Golden State found itself with a chance to knock off one of the Eastern Conference’s elite teams and led by three at halftime.

But from the start of the third quarter to the middle of the fourth, the Bucks outscored the Warriors 53-40 and took a double-digit lead. Every time Golden State made a run, Milwaukee answered behind Jrue Holiday’s 29 points and Khris Middleton’s 28.

However, seeing that his team had a chance to get a much-needed win, Kerr put Curry back in the game with 8:09 to go, about two minutes before the two-time MVP usually checks in. The Warriors scored six straight points in that extra allotment, which helped spur the game’s decisive run.

Curry’s jumper punctuated a 16-3 rally that gave the Warriors a 122-119 lead with 36.3 seconds to go. Then, Holiday’s tip-in with 29 seconds left gave Milwaukee the lead.

With the losing streak weighing on the next possession, Curry got trapped by two Milwaukee defenders and passed to Andrew Wiggins (nine points on 4-of-15 shooting), who missed an open 3-pointer. The offensive rebound was recovered by Kelly Oubre Jr. (19 points on 6-of-14 shooting and six rebounds), who was fouled on the putback attempt. Oubre made both free throws to put the Warriors up by one with 7.7 seconds remaining. Khris Middleton’s missed 3-pointer on the final possession put the final stamp on the much-needed win.

This game was not defined just by Curry’s heroics (30 points in the second half), which have become commonplace this season, but also by progress. After sending the Atlanta Hawks to the line 45 times in Sunday’s frustrating loss, the Warriors committed just 18 fouls — well below their season average.

Rookie center James Wiseman, who had a double-double in his first 15 minutes and finished with 13 points and 10 rebounds, was a big factor in Golden State’s early success and helped establish a 13-point lead in the first quarter. He ran the floor with purpose, fought for rebounds and soared for dunks after setting timely screens. The Warriors also got 10 points and six assists from second-year guard Jordan Poole, who had regressed since a sweltering post-All-Star break run.

“He really played with energy, he sprinted into ball screens, he really dove hard to the rim to put pressure on the defense and rebounded well,” Kerr said. “So he gets an A on the James Wiseman report card.”