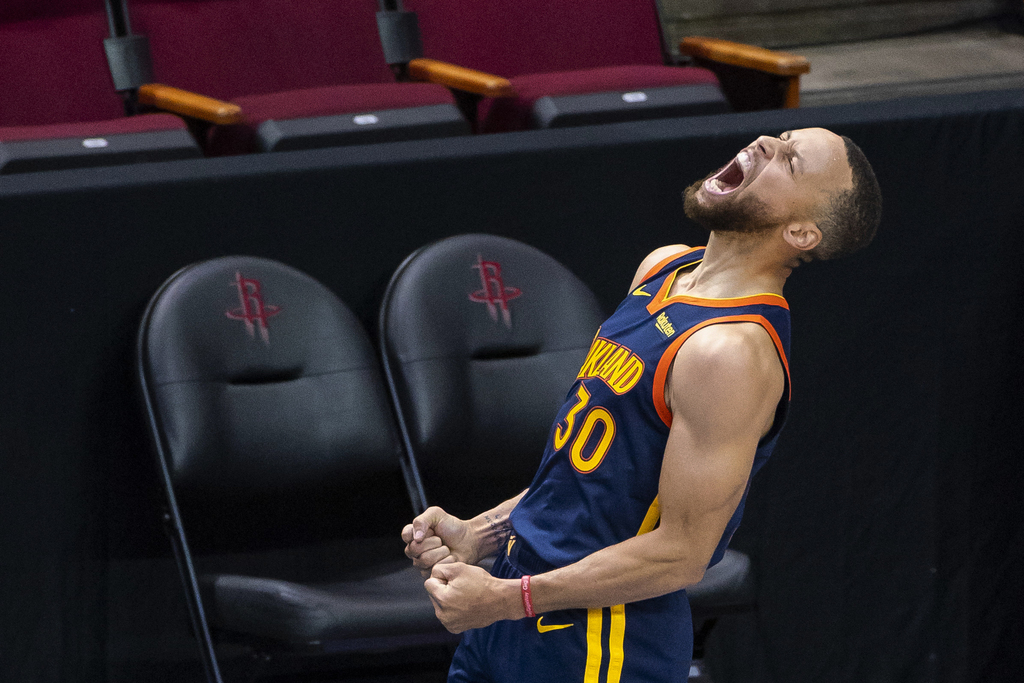 Midway through the third quarter, Stephen Curry flexed his muscles and let out a massive roar into the Toyota Center rafters that released nearly a week of frustration.

Curry scored 23 of his 30 points in the third quarter to lead the Warriors’ decisive run in Saturday night’s 113-87 win over the Houston Rockets.

After Andrew Wiggins’ layup erased an 11-point deficit midway through the third quarter, Curry snapped out of a shooting slump that saw him miss 19 of 27 3-point attempts over his last two games with a corner 3-pointer. As the ball dropped through the net, Curry kick-started Golden State’s 24-0 run with a full-throated yell.

“It was kind of an avalanche from there,” Curry said. “It was a special shot given how bad the first half was.”

The relief was palpable. After all, it had been a rough few nights for Curry and the Warriors. Curry — whose April will go down as one of the great scoring months in league history — was coming off a 40% shooting performance in Thursday’s disappointing loss in Minnesota and a blowout loss to the Mavericks on Tuesday.

Early on, it looked as if Golden State was on track for a third straight letdown as Curry shot just 2 for 12 to start the game and the Warriors trailed by six at halftime.

A loss would have been unacceptable. Not only would it have come against the Rockets (16-48), owners of the league’s worst record, but it also would have dropped Golden State to two games below .500 in the midst of a playoff push.

But Curry with his timely flurry, including 12 straight to crest the 39-12 third quarter, lifted his teammates the way he has on so many occasions this season.

Having earned a well-deserved break in a blowout win on the road, Curry spent the fourth quarter on the bench chair-dancing with Green.

Because they own the tie-breaker over the San Antonio Spurs, the win moves the Warriors (32-32) into ninth place in the Western Conference. With eight games left, they trail the Memphis Grizzlies by a game for the No. 8 seed and spot in the seven-eight matchup of the play-in tournament.

Next, Golden State wraps up its final trip of the season with back-to-back games in New Orleans Monday and Tuesday.