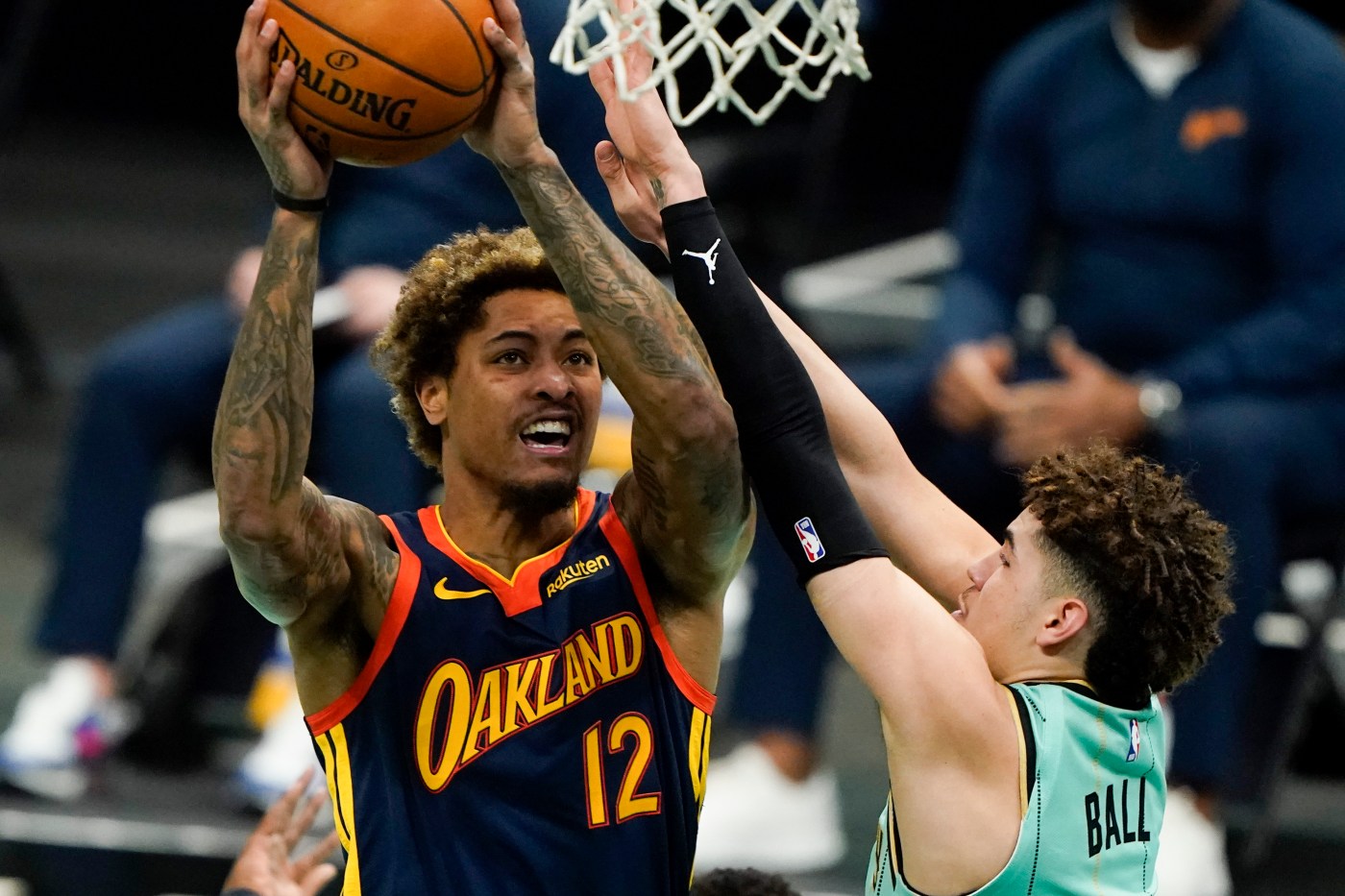 Stephen Curry was an unexpected scratch, Draymond Green was ejected in the final seconds and the Warriors relinquished a late lead in their 102-100 loss to the Hornets Saturday night at Spectrum Center.

With the Warriors leading by two with 9.3 seconds to go, Green was called for a pair of technical fouls for arguing with an official after the Hornets were awarded a timeout during a loose ball. Green was ejected and Charlotte was awarded free throws and possession. Terry Rozier made both free throws to tie the game, and then hit the game-winning jumper at the buzzer to give the Hornets the win.

“In my estimation, it should have been another jump ball,” said head coach Steve Kerr, who disagreed with Charlotte’s loose ball timeout. “As for the technical, Draymond can’t do that. He knows that he made a terrible mistake.”

This was after Curry, feeling ill, was scratched from the lineup minutes before tipoff in his hometown of Charlotte. No updates on his health were provided immediately after the game.

Without their leading scorer, the Warriors (16-15) were paced by Kelly Oubre Jr. (25 points on 9-of-19 shooting and six rebounds), who eclipsed 20 points for the third straight game and almost helped Golden State grind out a hard-fought win on the second night of a back-to-back.

The Warriors outscored the Hornets bench 42-26, scored 32 points off 25 turnovers and led by 10 midway through the fourth quarter. It’s a disappointing loss considering Golden State squandered a double-digit lead in a loss to the Magic on Friday.

For the Hornets (13-16), Rozier finished with 36 points and No. 3 overall pick LaMelo Ball, who was selected one spot after Warriors rookie center James Wiseman (sidelined with a sprained left wrist) had seven points and seven assists.

After dropping their last two games, the Warriors will play the Knicks in New York on Tuesday.

“This is a really tough one,” Kerr said, “but we have to get ready for the next one.”