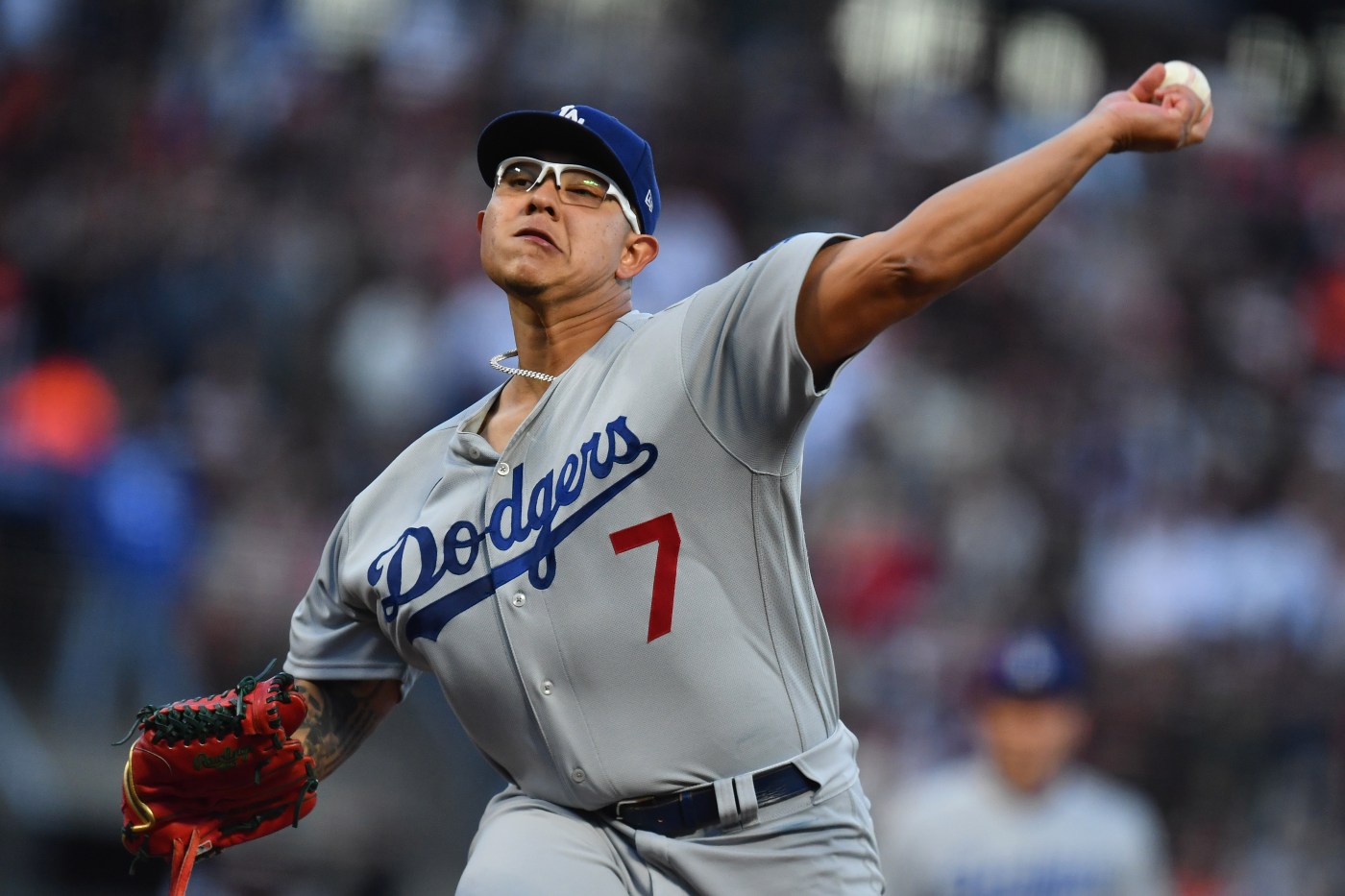 SAN FRANCISCO — Before Thursday’s game starts, the Dodgers have already thrown the Giants a curveball.

After initially naming left-hander Julio Urías the starter for Game 5 of the NLDS against the Giants, the Dodgers announced at 11 a.m. Thursday that right-handed reliever Corey Knebel will start instead.

The announcement came as a surprise to a Giants team that’s been planning to load its lineup with right-handed bats to face off against the left-handed Urías, who was the only 20-game winner in the majors this season.

The Dodgers did not disclose why they made the switch, but if he is healthy, it’s likely Urías will still play a significant role in Thursday’s game. Knebel has pitched as an opener four times for Los Angeles this season while Urías has experience early in his career pitching in a “bulk innings” role out of the bullpen.

Urías could still be counted on to throw upward of 90-to-100 pitches in a winner-take-all Game 5, but the Giants will now have to think more carefully about how to best construct a lineup that will have to face a righty, not a lefty, at the beginning of Thursday’s game.

The Dodgers’ strategy appears sound as the Giants are now forced to decide whether to stick right-handed hitting outfielders such as Austin Slater and Darin Ruf in their lineup with the expectation Urías will enter early in the game or to start their left-handed hitting outfielders such as LaMonte Wade Jr. and Mike Yastrzemski in an effort to gain an early edge against Knebel.

Regardless of how the Giants structure their lineup, Dodgers manager Dave Roberts has ways to counter the approach. If the Giants start right-handed hitters such as Slater and Ruf, Roberts can bring in right-handed relievers such as Joe Kelly, Brusdar Graterol and Blake Treinen behind Knebel to maintain a matchup advantage or he can turn to Urías which would likely compel Kapler to make early substitutions.

If the Giants start left-handed hitters such as Wade and Yastrzemski, the Dodgers can counter by bringing in Urías, which would put Kapler in a tough spot. A decision to bring his right-handed bats off the bench would make sense, but it could also leave the Giants with less matchup flexibility in the late innings when the Dodgers turn to their top bullpen arms such as Treinen and Kenley Jansen.