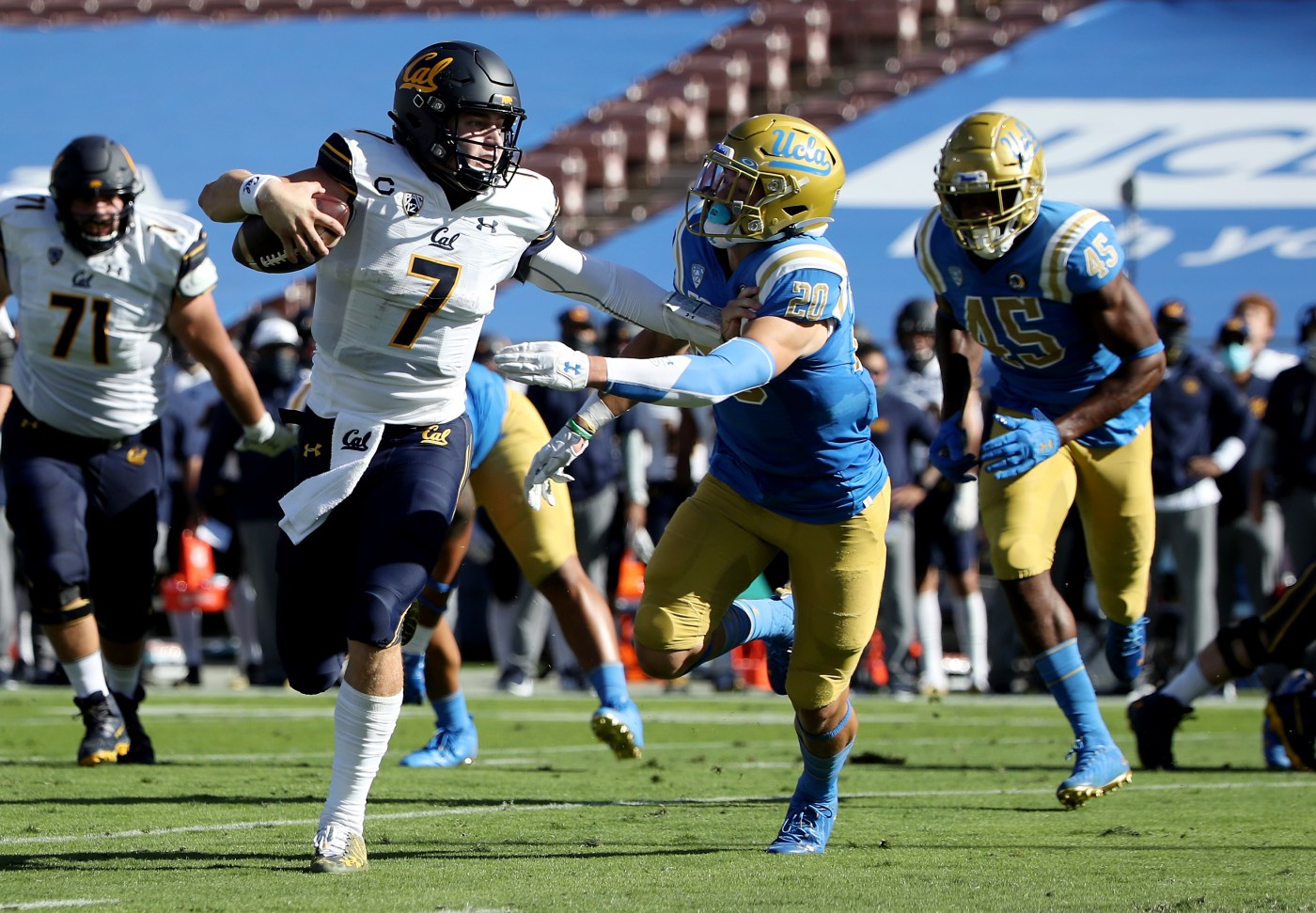 For a season that is becoming a soap opera in shoulder pads, Cal’s long-awaited opener was a sloppy, disappointing affair completely lacking in drama.

The Bears lost 34-10 to UCLA at the Rose Bowl in a Sunday game that began at 9 a.m. The landslide of bizarre circumstances surrounding the game was unavoidable.

So was the fact that Cal looked awful.

Coach Justin Wilcox, in postgame remarks, declined to include any conversation about the impact of the pandemic on his team’s performance.

“All that, I’ll let you guys talk about,” he told reporters on a Zoom call from Pasadena. “We are disappointed we didn’t perform better.”

The Bears had waited 322 days to play after their most recent outing in the 2019 Redbox Bowl at Levi’s Stadium. Their original season opener was to have been played August 29 — 78 days earlier.

Their home game a week ago against Washington was scrapped after one of their defensive linemen tested positive for coronavirus and the rest of the players in that position group were sidelined by contact tracing. None of those players practiced for most of two weeks.

The second game on their schedule, Saturday at Arizona State, was canceled Friday morning the Sun Devils announced they faced a COVID-19 outbreak that included 66-year-old coach Herm Edwards.

Cal and UCLA, who have played every year since 1933, weren’t scheduled to play this season as a result of the pandemic-shortened season. But when both teams had their games canceled Friday — UCLA was to have played Utah — they quickly agreed to a Sunday morning meeting.

Zeke Nnaji knows his Nuggets role: “I want to be a lockdown defender”

Prep time was negligible, especially for the Bears, who had to fit in travel time. What’s more, UCLA had a game under its belt, having opened its season eight days earlier at Colorado.

But the Bears were accepting no excuses for their play.

“Of course, 2020’s a weird year, but it was no excuse for how we played today,” said senior Michael Saffell, the Bears’ starting center and a team captain. “Our team motto is basically the harder it gets, the better we’re going to play. Today was as hard as it gets and we didn’t show up like we usually do.”

“They kicked off at 9 as well,” Wilcox said, referring to the UCLA players.

The Bears were picked to finish second in the Pac-12 North, and UCLA was coming off three straight losing seasons. The Bruins lost 48-42 a week ago at Colorado.

Cal was favored, even on the road. Even after its defensive line was quarantined for most of two weeks. Even with a new offensive coordinator and scheme.

Saffell said excuses aren’t part of the equation. “I’ve always been proud of this group blocking out the noise,” he said.

The only thing the Bears blocked all morning was UCLA’s first punt. Craig Woodson got his hand on it and Cam Goode recovered at the Bruins’ 17-yard line.

But the Cal offense, which returned every starter from the Redbox Bowl, got only a field goal from its opportunity. And the game soon turned sharply in UCLA’s direction.