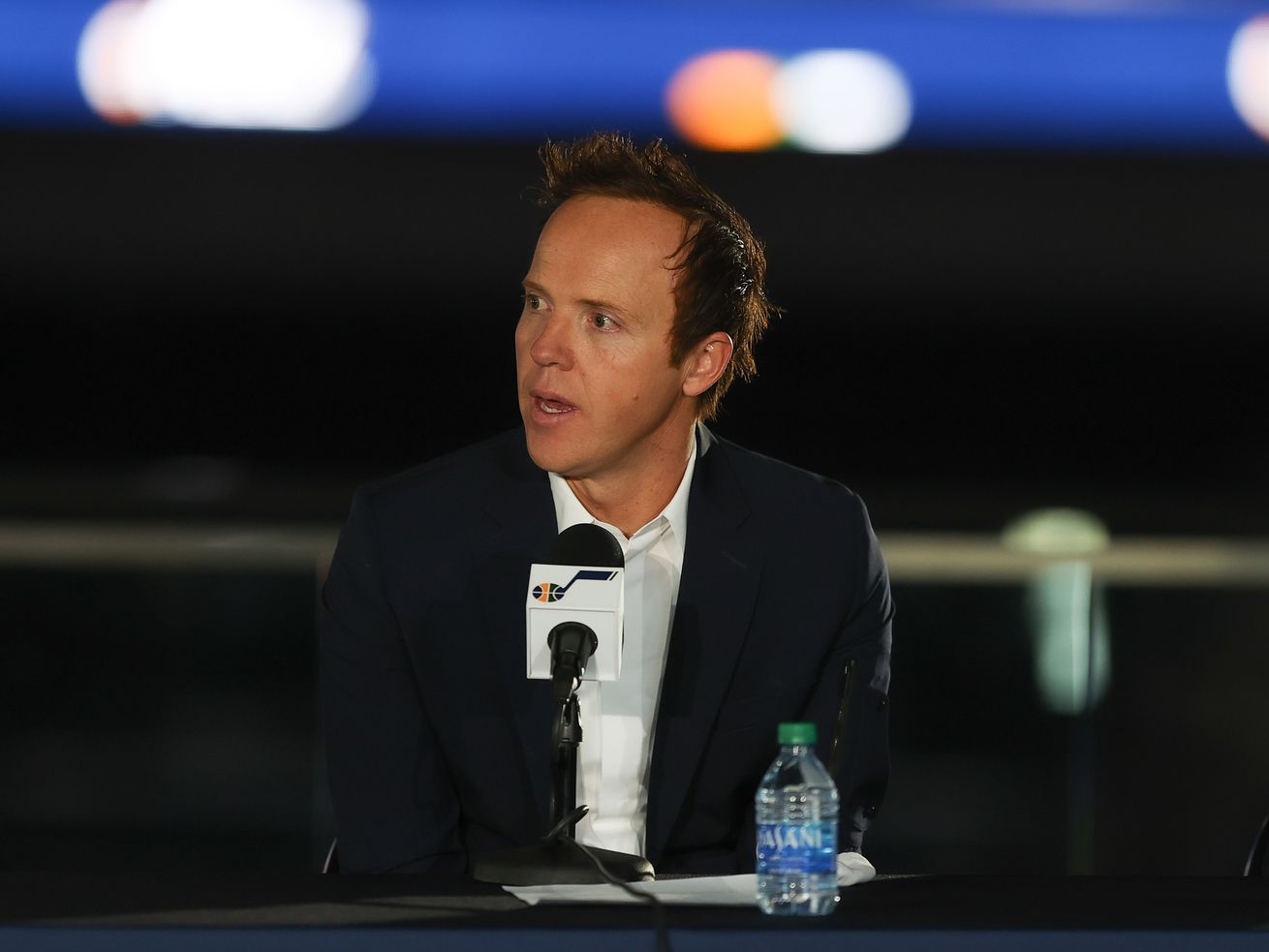 For about a month now, the talk has been growing louder about the possibility that the Utah Jazz will undergo a brand overhaul such that black and white could become the team’s primary colors.

Then on Monday, photos surfaced on Twitter showing that even the “J Note” structure outside Vivint Arena was being changed from the team’s longtime colors of blue, golden yellow and green to black and white.

On Tuesday, the same JazzNation Twitter account observed that in addition to black and white, yellow is also featured very prominently on the team’s website. That includes on the official game schedule for this season, displayed below.

At one point, a tweet on that account said fans were being “over dramatic” about a potential change and that “You would have thought new owners were changing team name & burning down the Stock & Malone statues”

That comment got a response from new Jazz owner Ryan Smith himself, who tweeted, “No kidding… BTW… that schedule looks,” and he added two fire emojis and an eye emoji, bringing all the more suspense to the subject.

No kidding… BTW… that schedule looks

Keeler: Reggie Miller says Nuggets “top 4 team in the West,” even without Jamal Murray. Can Denver’s backcourt by committee prove him right?