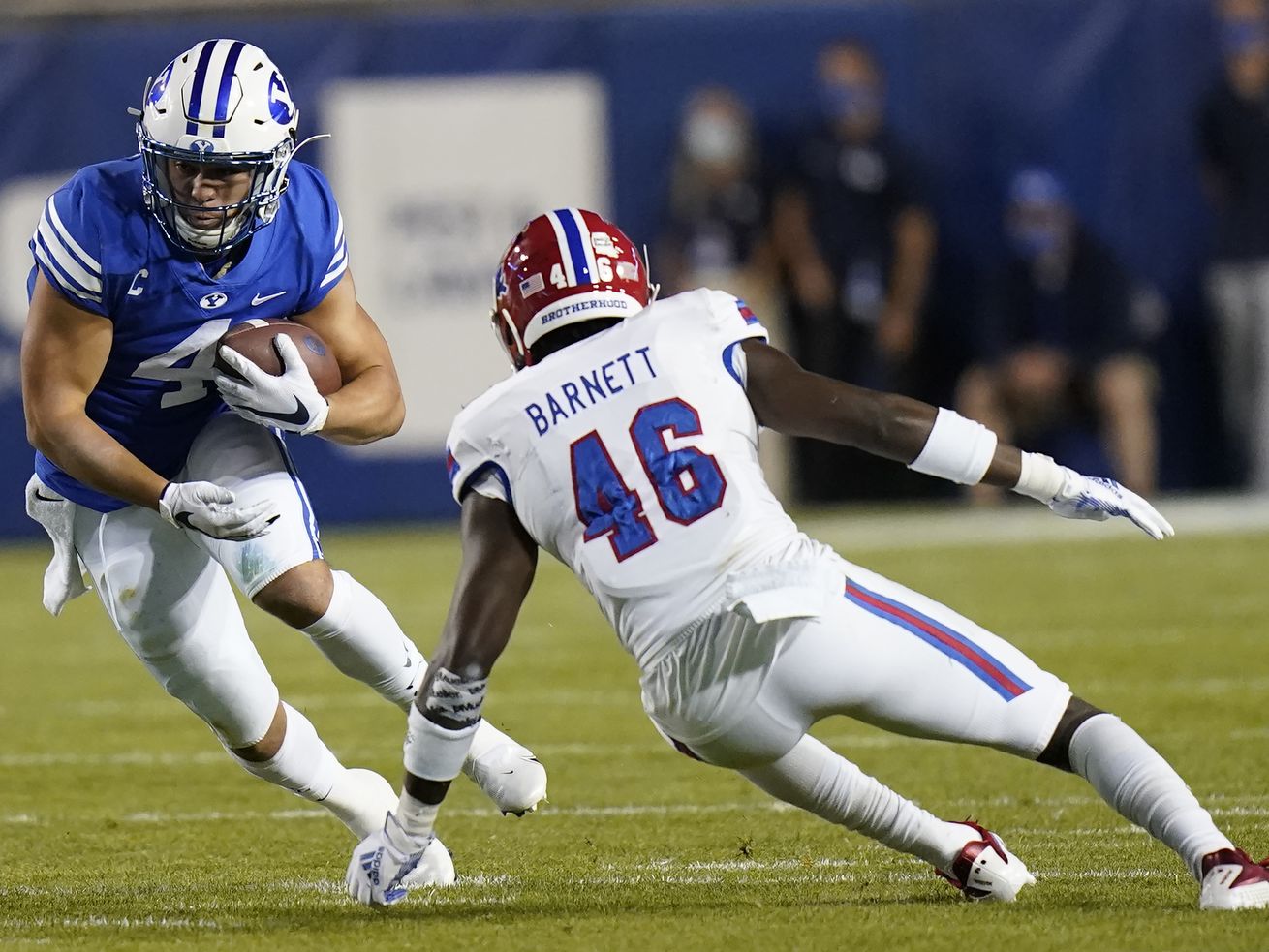 Yes, the Cougars’ schedule is lackluster, but in this mixed-up 2020 college football season one could argue anything could happen

SALT LAKE CITY — As the debate rages on — are the Cougars that good or their opponents that bad? — at the very least BYU is part of the national discussion, and when is the last time that happened?

It’s difficult to ignore or dismiss what BYU has done even if its opponents are weak. That’s why the Cougars are ranked No. 15 in the country. Some Las Vegas oddsmakers have assigned the Cougars 100:1 odds of winning the College Football Playoff.

So you’re telling me there’s a chance.

Look on the bright side of the pandemic, BYU fans. The Cougars didn’t have to play their original schedule, which was loaded with big-name opponents. Instead, after 10 of their 12 opponents canceled their seasons, BYU cobbled together a last-minute schedule with a patchwork of non-Power Five teams that are from the humbler end of the college football hierarchy.

The Cougars are not only 3-0, but they have routed the competition by a combined score of 148-24.

But where would they be without the sudden schedule change forced by the pandemic? No one will ever know for certain, but it’s difficult to imagine that they would be flying this high if they had opened the season against Utah, Michigan State and Arizona State, two of them on the road. Nothing about the last three seasons would suggest it. After those first three games, then they would’ve faced Minnesota, Utah State, Missouri, Stanford and San Diego State, among others.

Instead, the Cougars, who did well to find 10 opponents at all since the Power Five leagues either canceled or decided to play conference-only schedules, arranged to play The Replacements: Troy, Navy, Louisiana Tech, Western Kentucky, North Alabama, Texas-San Antonio, Texas State and so it goes. And seven of BYU’s games are at home, if that even matters anymore in an empty stadium.

Let’s face it, this is a lot more fun. It’s like being back in the Western Athletic Conference or the Mountain West Conference, when LaVell Edwards and Quarterback U. was rolling (speaking of which, why don’t the Cougars return to the Mountain West?). Could it be 1984 all over again?

The Cougars will start the Tour of Texas portion of their schedule Saturday afternoon against Texas-San Antonio, followed by games against Houston and Texas State. Those games won’t do much to answer questions about BYU’s legitimacy as a top-20 team; all the Cougars can do is keep piling up lopsided wins. Anything less than that probably won’t do.

In the Season of COVID, when teams will play a varying number of games and start at different times in the season, the old rules about strength of schedule might not count as …read more