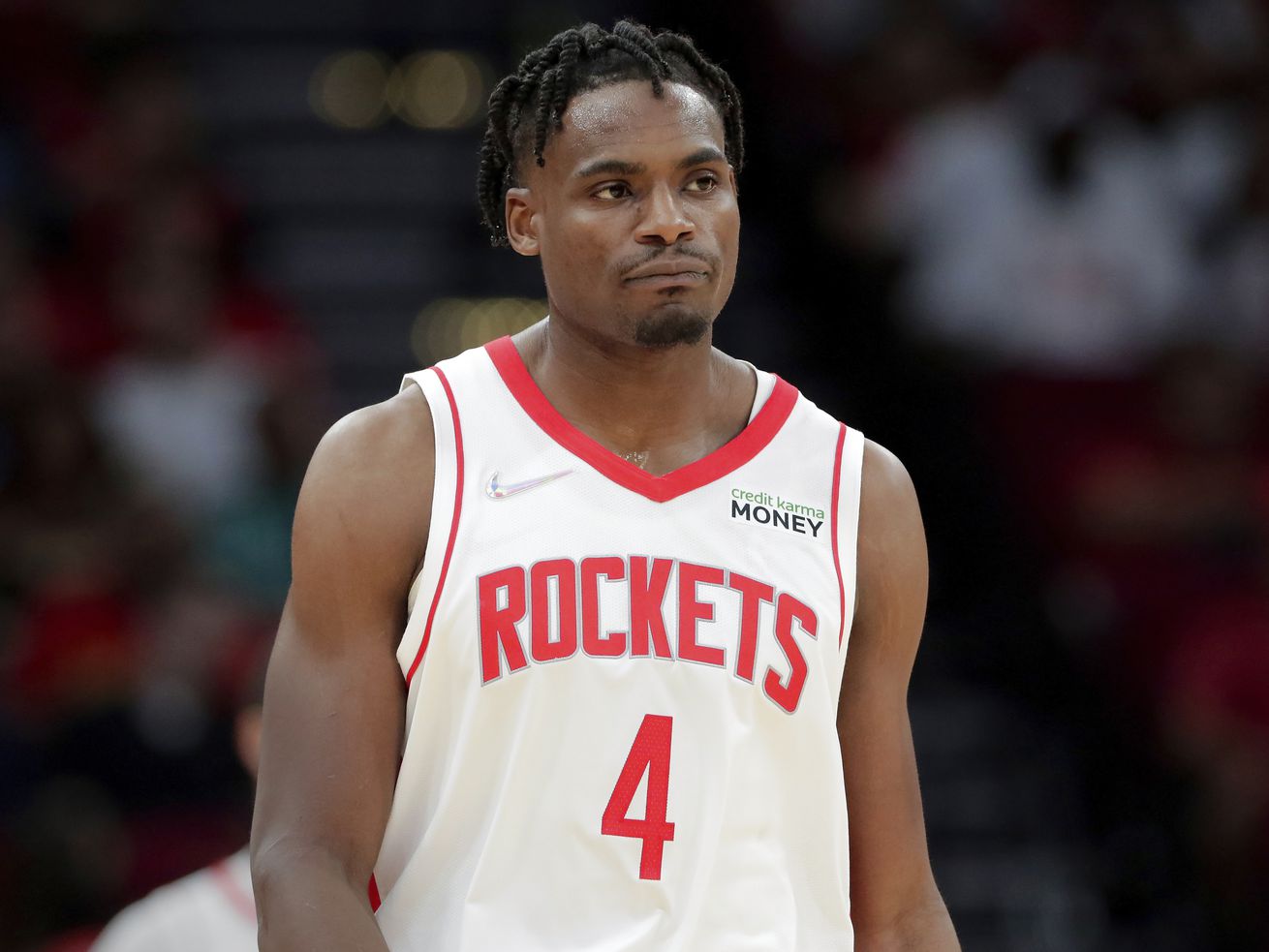 Wing defender could step in and be useful for the Jazz while they deal with a depleted roster, but could he be useful beyond that?

This article was first published as the Jazz Insiders newsletter. Sign up to receive the newsletter in your inbox each Friday.

On Jan. 6 the Utah Jazz signed Danuel House Jr. to a 10-day COVID-related hardship deal after the Jazz put players into the league’s health and safety protocols for the first time this season.

At the outset, this signing was an intriguing one for the Jazz. Yes, House could step in and be useful for the Jazz while they dealt with a depleted roster, but could he be useful beyond his temporary deal?

After bouncing around the NBA and G League, House found a home in his hometown of Houston (say that five times fast) in 2018 and he carved out a role as a reliable defender who was also knocking down 3-pointers at an impressive rate. That was back when the Rockets were good. But as the Rockets declined so did House.

The past two seasons have been disappointing for the 28-year-old, but there are many who believe House’s best days are still ahead of him. The Jazz, on the market for a wing defender, have two roster spots available and if they were able to fill a need without having to get rid of one of their key rotational players, it would be an absolute win.

But, after just six days with the Jazz, House was listed as out due to a non-COVID-19 related illness on Wednesday against the Cleveland Cavaliers. That’s the same designation that many players have had when they have been symptomatic recently before then testing positive for COVID-19 and entering health and safety protocols.

The Jazz’s next game is Sunday in Denver against the Nuggets, which would fall on House’s final day of his hardship deal with the Jazz.

House has played a total of 18 minutes over three games for the Jazz. Hardly the sample size you would want if you were trying to see if he could fit with the team. So what do the Jazz do?

If House is available to play, they could sign House to another 10-day deal and continue to try him out. If House ends up entering the health and safety protocols, the Jazz would have to wait to sign him to another hardship deal until he’s cleared to play. All things are possible, but the Feb. 6 trade deadline is right around the corner.

So long as the Jazz have two regular roster players in the health and safety protocols, they have to carry a 10-day hardship player, at no cost to the end-of-year salary cap. So, there’s really no …read more