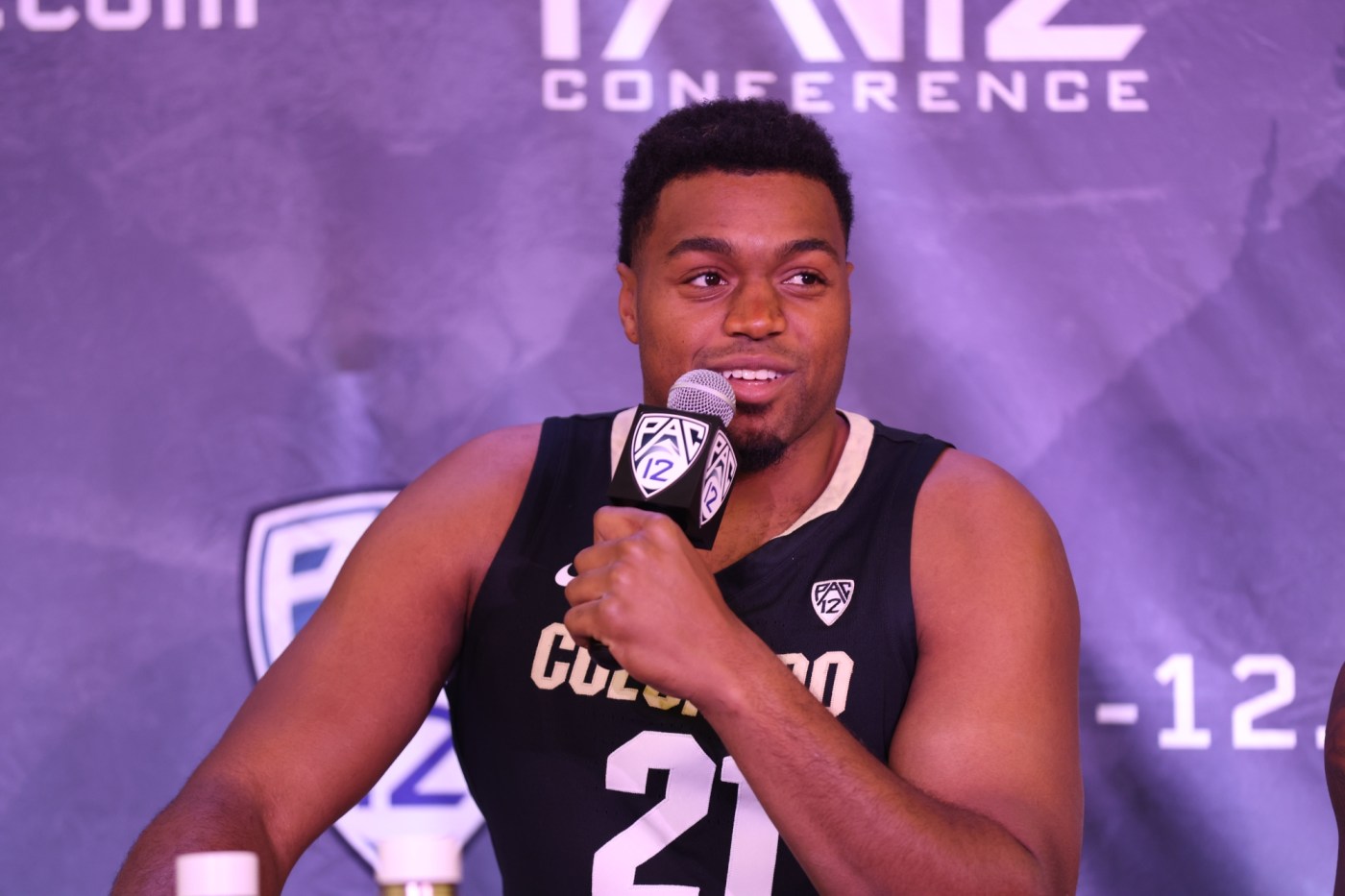 SAN FRANCISCO — From the end of the 2019-20 college basketball season, when the NCAA Tournament was abruptly canceled at the start of the COVID-19 pandemic, through last year’s crowd-less, constantly juggled season, the adversity in many cases fueled a fresh appreciation for the game among coaches and players alike.

For Evan Battey, it was just another hurdle to conquer in a career that has been full of them.

Colorado’s fifth-year senior forward on Wednesday brought his infectious enthusiasm to the stage at the annual Pac-12 Conference men’s basketball media day. Although the Buffs began preseason workouts two weeks ago, the event serves as a sort of unofficial tip-off to the Pac-12 basketball season.

Battey was the only fifth-year senior to land a spot on the 10-player preseason all-conference team as voted upon by league media members, and the event continued his evolution as a sturdy forward who also happens to be a thoughtful future coach and well-respected campus leader.

“I don’t want to look back on my college experience and have regrets,” Battey said. “I think my mentality in approaching everything that way reflects on my friendships and relationships. I’m very involved. I like people. I’m excited to carry on my future endeavors, but I’m definitely going to miss this place.”

Battey has made no secret of his intention to one day be a college basketball coach. His pedigree as a player — he has averaged 9.0 points and 5.1 rebounds in 100 games over the past three seasons — tells only part of the story why Battey likely is destined to an effective coach.

The 6-foot-8 forward missed two full seasons, his senior year in high school and his true freshman year at CU, due basically to bureaucratic red tape. While sitting out that freshman year, Battey suffered a frightening stroke that threatened to take basketball away from him completely.

While emerging as a steady frontcourt presence for the Buffs, Battey has become a sort of man of the people around campus. He is a regular attendee of the games for his …read more

Marvel Studios & Disney+ | SUPER BOWL 2021 | Promo
When BYU moved the goal posts, it was only a matter of time Bronco would move on too
SHARES
ShareTweet