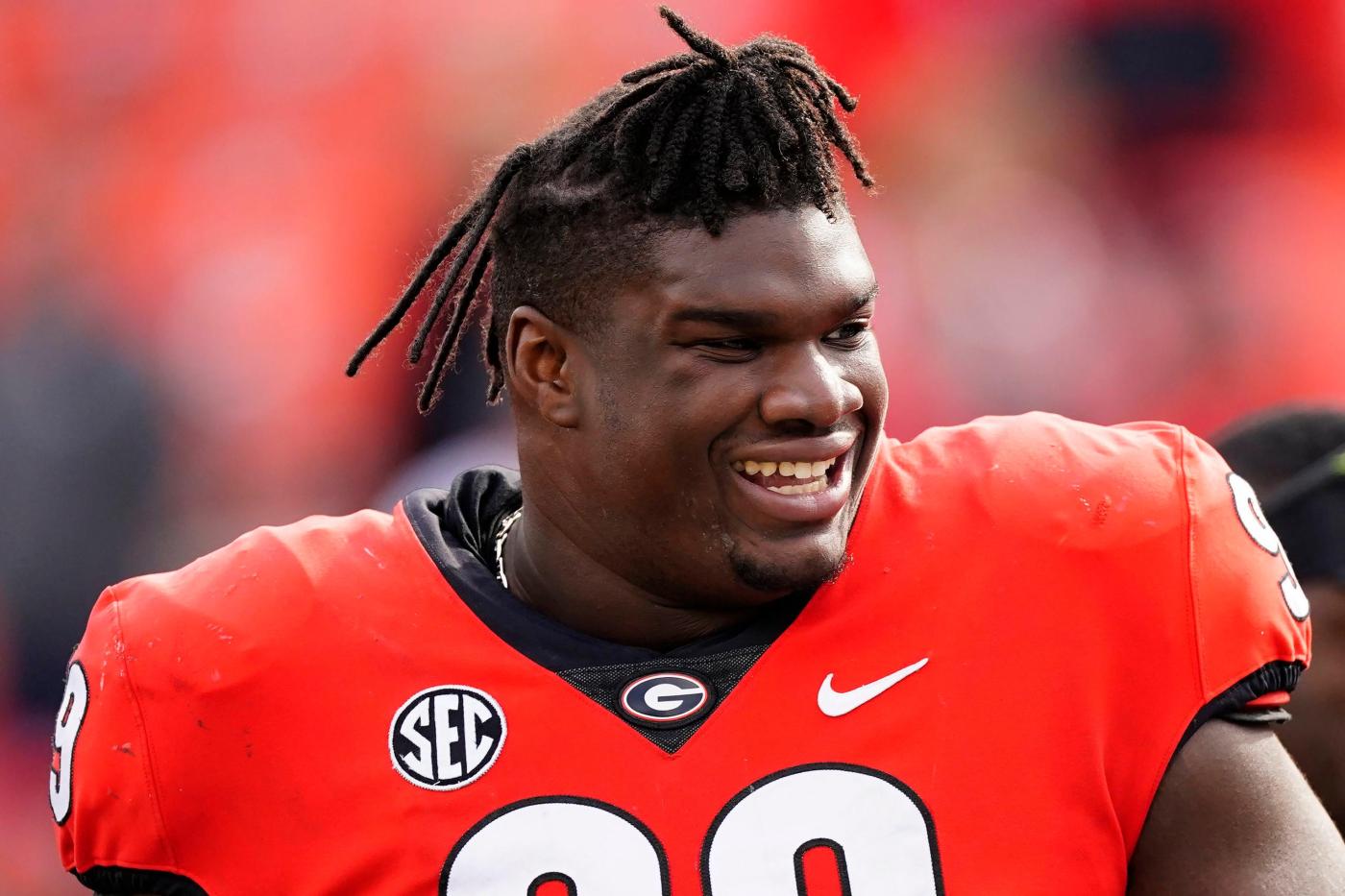 The Ravens’ season ended short of the playoffs Sunday. Now their top pick in April’s NFL draft could be as early as it’s been in years.

After a 16-13 overtime loss to the Pittsburgh Steelers, the Ravens have the No. 14 overall pick, their best draft slot since they took left tackle Ronnie Stanley at No. 6 overall in 2016. According to ESPN, the Ravens entered Sunday with only 8% odds of landing the No. 14 pick, the highest in their range of possibilities; they were strong favorites (57%) to end up with No. 18 overall.

With compensatory draft picks yet to be awarded, the Ravens have seven selections entering the predraft process: No. 14, No. 45 (second round), No. 76 (third round), three fourth-round picks and a sixth-round pick. They’re due a compensatory third-round pick for the Houston Texans’ hiring of former assistant David Culley and two mid-round picks for the offseason departures of pass rushers Yannick Ngakoue and Matthew Judon.

But no Ravens selection this spring will be as scrutinized as their first-rounder. Last year, general manager Eric DeCosta took wide receiver Rashod Bateman and outside linebacker Odafe Oweh at Nos. 27 and 31 overall, respectively. Here are five players at positions of need who could be targets at No. 14:

Mississippi State offensive tackle Charles Cross: After allowing six sacks and 33 hurries as a redshirt freshman last season, the 6-foot-5, 310-pound Cross allowed just two and 14, respectively, in 2021, according to Pro Football Focus. As an athlete, he’s strong, lean and explosive. As a competitor, he plays with brute-force physicality in both pass protection and as a run blocker. Cross played left tackle in college, but he’s a good enough prospect to project as a right tackle. Given Ronnie Stanley’s injury history, that’d be an asset for the Ravens.

Alijah Vera-Tucker came at a high price, but it may have been worth it

Texas A&M offensive lineman Kenyon Green: The 6-4, 325-pound junior has started since he was a true freshman. Just as impressive, he’s started everywhere but center along the offensive line. The versatile Green, an impressive run blocker, projects as a guard at the next level and could be the Ravens’ answer at left guard. But he’s also shown his potential out wide, starting at left tackle in the Aggies’ upset win over Alabama. After allowing no sacks and five quarterback hurries last season, according to PFF, Green gave up one sack and seven hurries this season.

Georgia defensive lineman Jordan Davis: It’s hard to miss the 6-6, 340-pound senior. Davis has been an immovable run defender for Georgia’s top-ranked defense this season, and he was honored last month with the Chuck Bednarik Award, given to the sport’s best defensive player. On a Ravens defense committed to stopping the run, he’d be a natural successor to Brandon Williams up front. Davis’ pass-rush ability is limited, however. He has three sacks in 14 games this season, but just 15 quarterback hurries over three years as a starter.

Marvel Studios & Disney+ | SUPER BOWL 2021 | Promo
No. 2 Utah vs. No. 14 Arizona State: How to watch, listen to or stream the meet
SHARES
ShareTweet