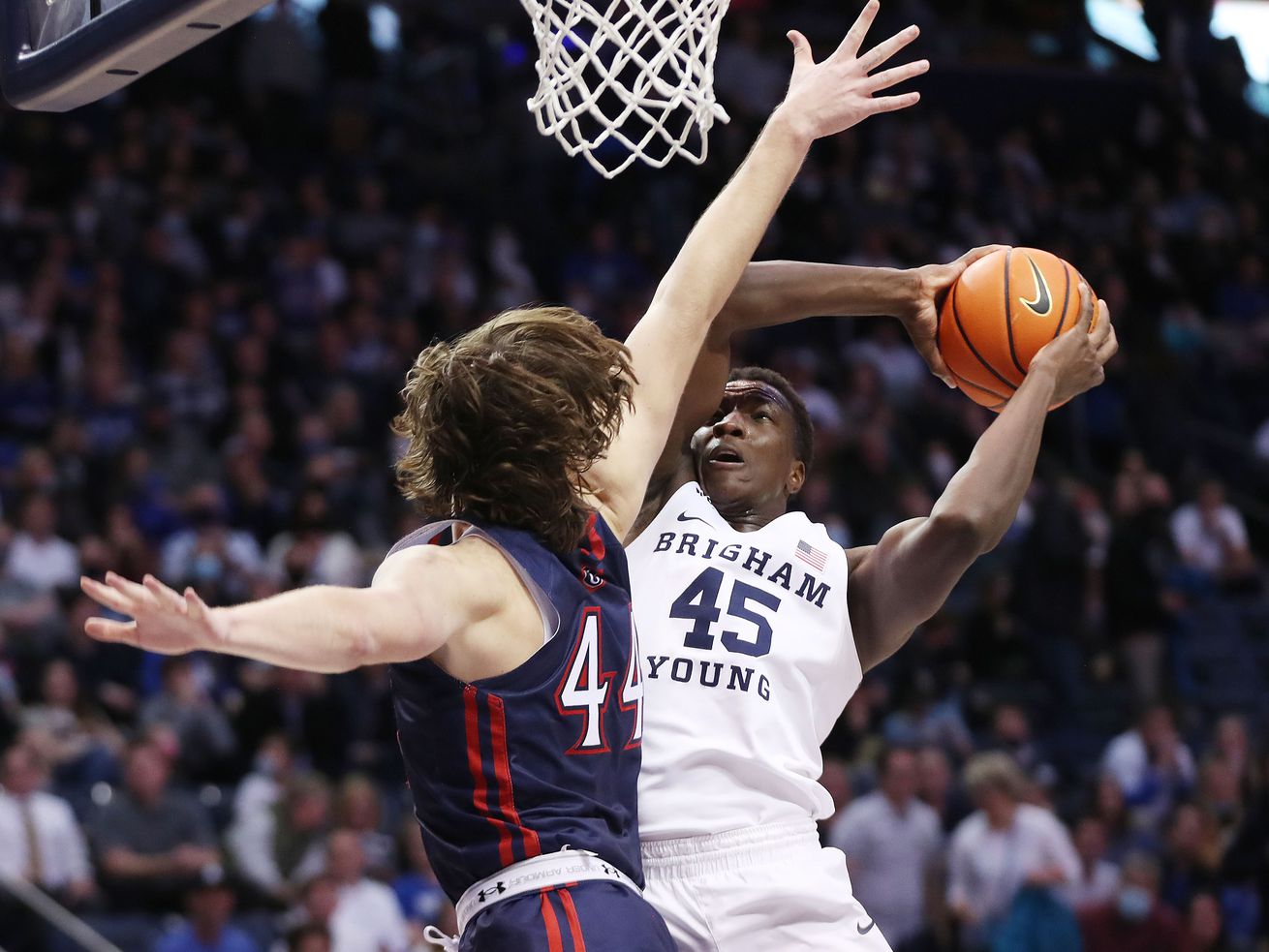 Fousseyni Traore, Kresimir Cosic and Mark Pope all ultimately landed in Provo — albeit in different capacities and circumstances

An atheist, a Muslim and a Latter-day Saint walk into the Marriott Center and make history.

The atheist (Kresimir Cosic) finished as a Hall of Famer, the Latter-day Saint (Mark Pope) is in the middle of his third season as BYU’s head coach, and the Muslim (Fousseyni Traore) is just getting started.

For Traore, it began with a slam dunk by Yoeli Childs in 2020.

The former BYU star threw down a two-handed dunk with 59 seconds to play to put an exclamation point on the Cougars’ 91-78 upset of No. 2 Gonzaga and sparked a postgame celebration the program hadn’t seen since the days of Jimmermania.

In the sold-out Marriott Center crowd that frigid February night was a young man who hailed from another world, spoke a different language, and followed a much different faith. But he loved what he saw and felt.

“I was just shocked. The way they played as a team that night, I had never seen a game like that,” Traore said. “I just fell in love with BYU, and I said, ‘That’s where I want to play. For sure, I’m gonna come here.”

Dave Hyde: A coach? A GM? Here’s the never-ending problem inside the dysfunctional Dolphins

What Traore saw was basketball pandemonium. What he felt was an inner peace that Provo was the right place for him, saying later that he prayed to Allah and Allah told him to go to BYU.

“You always have to ask God what the right path is for you,” Traore said. “My faith means everything to me. I feel like we all kind of believe in the same God and we follow the same rules. I’m just excited I’m here.”

The school slogan “The World is Our Campus” is no more evident than the names up and down Mark Pope’s roster.

“I believe this is the best destination of any college campus in the country for faith-based young people,” said Pope. “This is an extraordinary place where students of all denominations can feel safe and welcome.”

Traore is a 6-foot-6 freshman from Bamako, Mali. He speaks French and Bambara, but little English. His West African country is 98% Muslim. BYU’s enrollment is 98% Latter-day Saint. Traore is the first Muslim to regularly start at center in school history and the first to offer the team’s pre-game prayer in Bambara.

“Before each game we have a player take 30 seconds to deliver a message and lead the team in prayer,” said Pope. “Fouss gave his message and then asked the guys to join him as he …read more