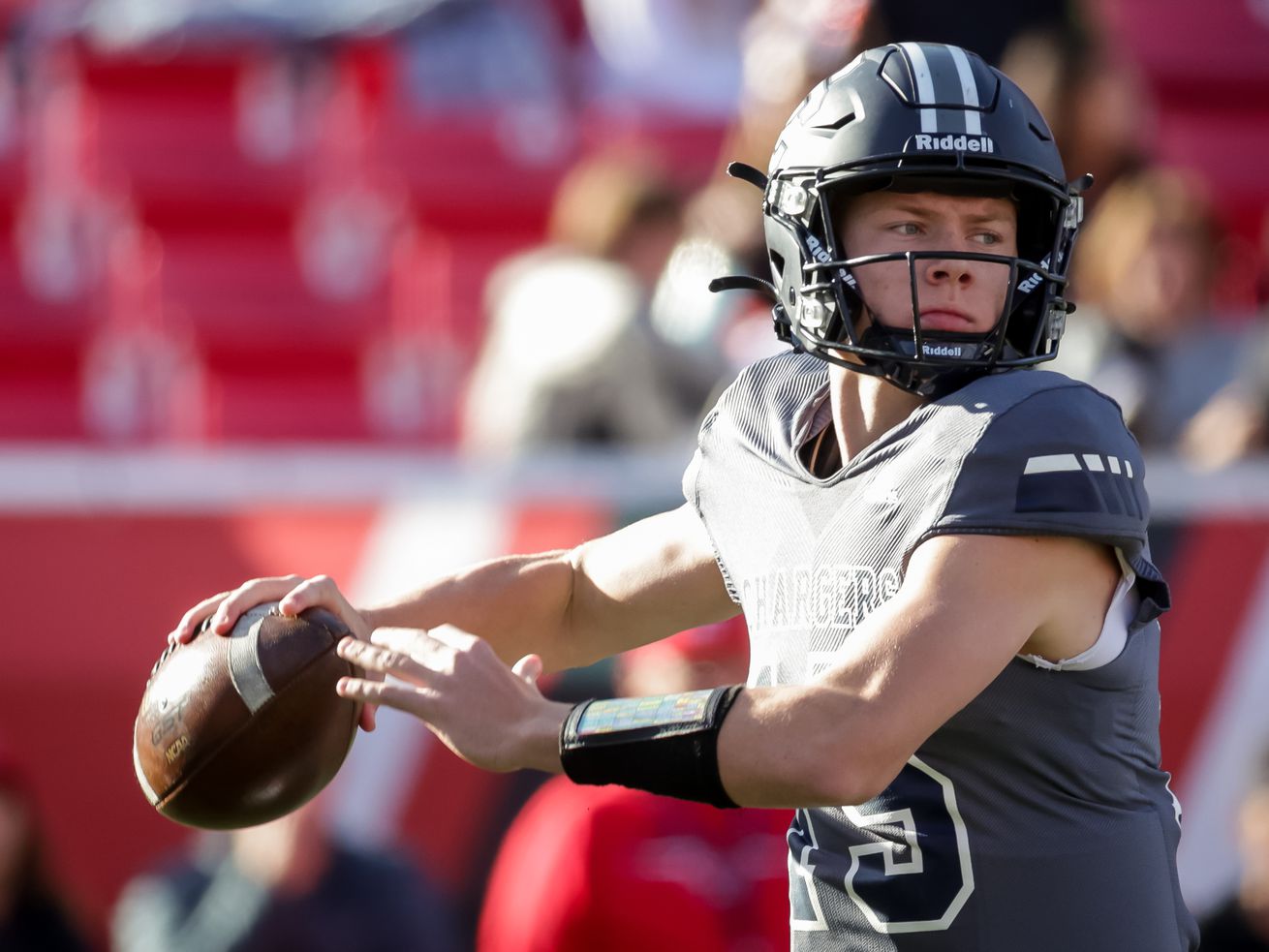 The top college football prospect in Utah is now looking for a school to play for with three weeks to go until the annual early signing period opens.

On Wednesday evening, Corner Canyon Chargers quarterback Devin Brown announced via Twitter that he has decommitted from USC, where he’s been pledged since September of 2020 when he was largely a national unknown playing in Arizona.

Thank you USC for everything. No lost love. pic.twitter.com/ZLwvaH5iSc

Since then, though, the 6-foot-3, 189-pound Brown has fully put himself on the national radar, as he was part of the prestigious Elite 11 event last summer and had a phenomenal season for Corner Canyon this fall after moving to the Beehive State.

The fact that the USC program is in a transition period after it fired head coach Clay Helton in September was surely a big factor in Brown’s decision.

247 Sports’ Blair Angulo reported Wednesday night that Brown has recently visited Ohio State and Texas and that Ole Miss also figures to be in the mix to sign him.

Brown is ranked by 247 Sports as the fifth-best quarterback prospect in the country and the No. 59 player overall.