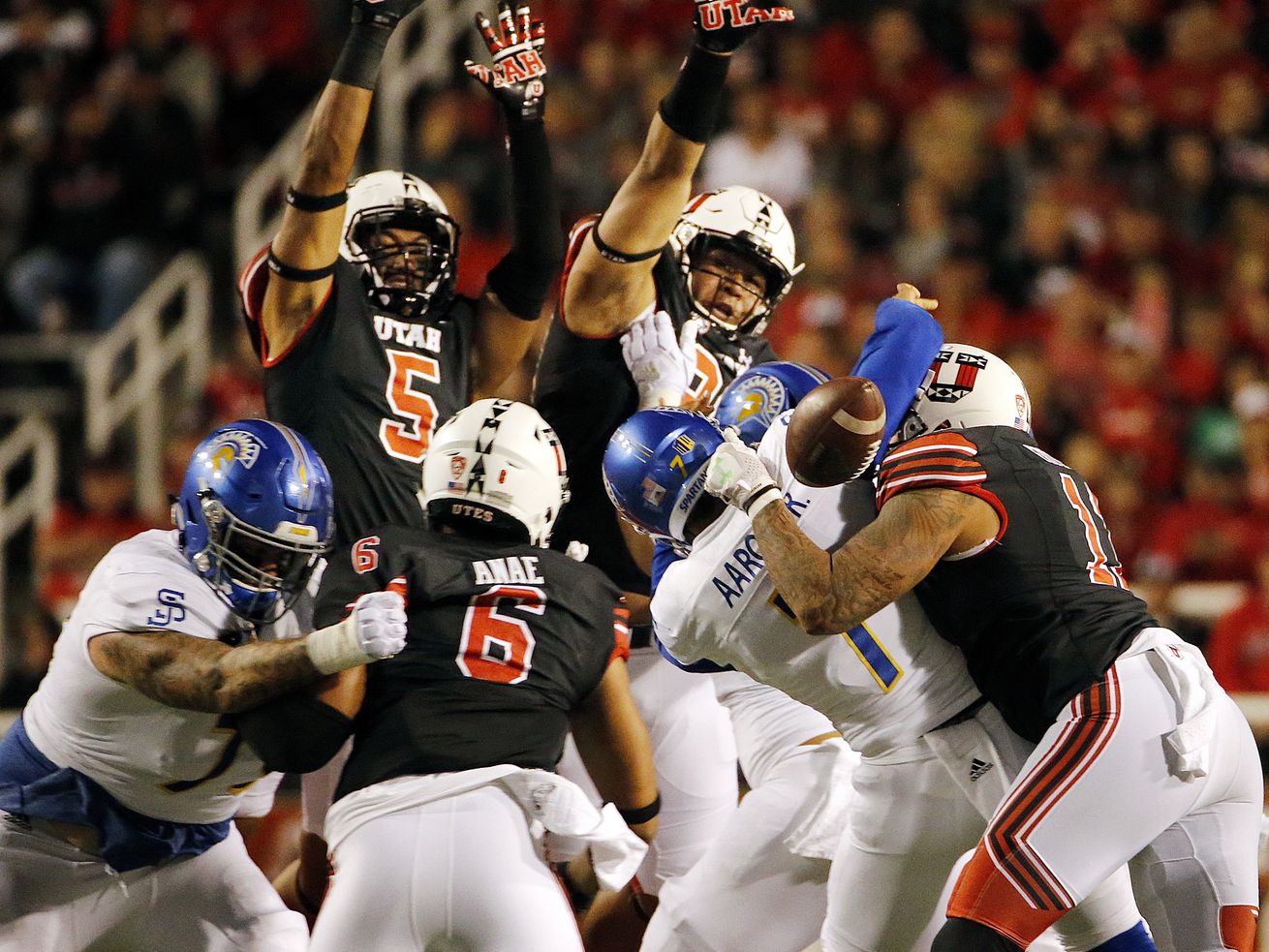 It’s been a few weeks since all three of the FBS teams in Utah took the field, but BYU, Utah and Utah State will each be in action on Saturday. BYU plays Baylor, Utah faces Arizona State and Utah State takes on UNLV.

As they ceremoniously do each week they play, all three programs have revealed what uniform combos they will wear for their respective games.

A week after going with all navy blue for the first time against Boise State, BYU will wear those same helmets and pants this week on the road versus Baylor, but will don its white jersey.

Last week in its win over USC, Utah went with an all-white combo. This week at home against Arizona State, the Utes will wear a white “Ute Proud” helmet, black jersey and white pants.

Coming off a bye week last week, Utah State this week will be similar to BYU with navy helmets, white jerseys and navy pants on the road against UNLV.