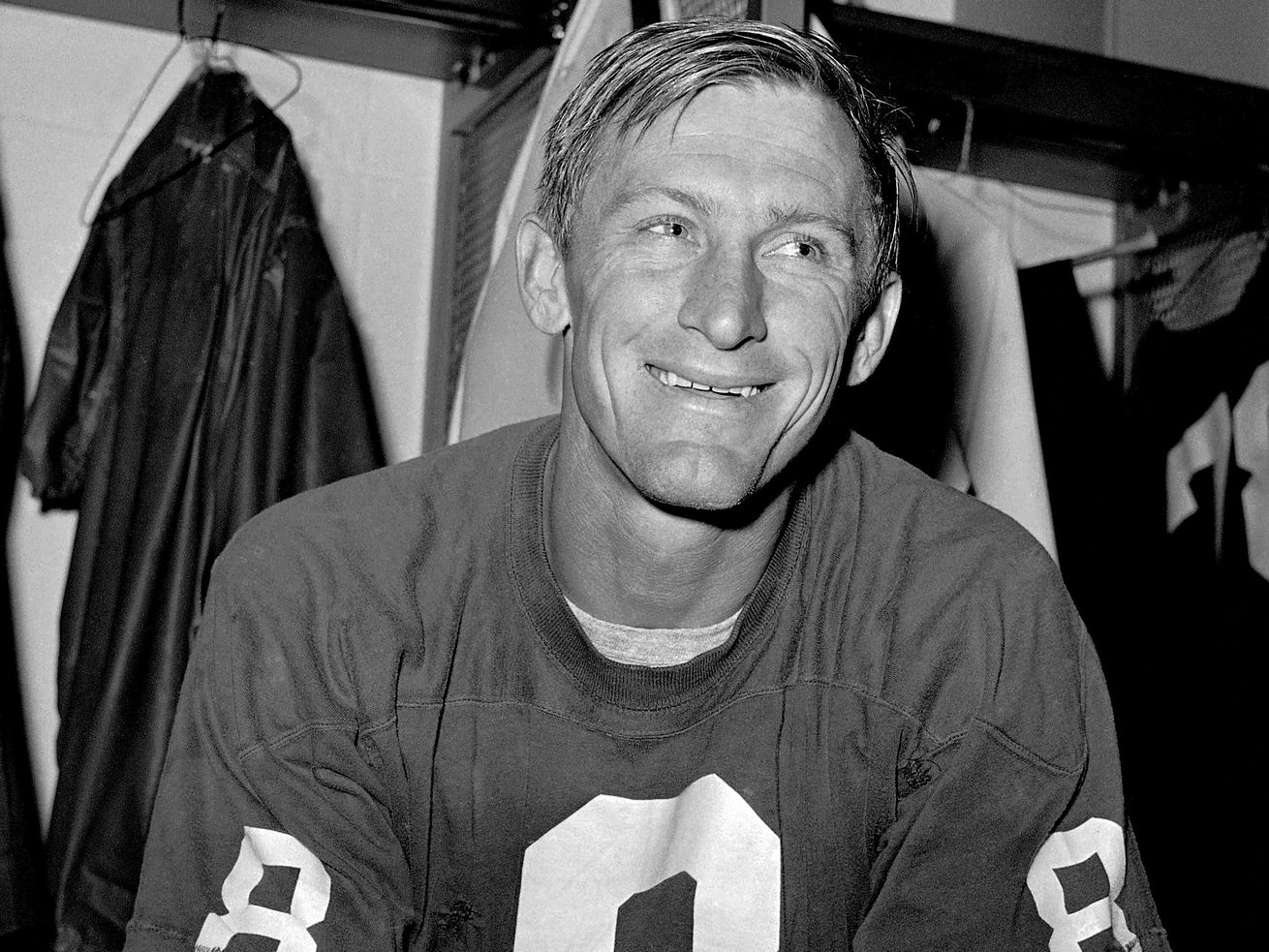 SALT LAKE CITY — Larry Wilson, one of the greatest football players in University of Utah football history, died last month at the age of 82, following a bout with cancer.

Wilson, who still has records for most touchdowns in a game (five) and most points in a game (32) was best known for his 13-year career as a safety with the St. Louis Cardinals. The Rigby, Idaho, native was named All-Pro eight times, is famous for originating the safety blitz and went on to be inducted into the Pro Football Hall of Fame in 1978.

What most people don’t know about Wilson is that he nearly became a rival of legendary BYU coach LaVell Edwards, coming this close to being named the Utes’ head coach in 1974.

After six years as the Utah coach, Bill Meek had resigned and Utah was looking for his replacement. Meek’s second-to-last game was a home loss to BYU, which was coached by Edwards, in his second year as the Cougars’ coach. It was the second straight year the Cougars had defeated the Utes on their home field; Utah had beaten BYU the previous four years and 21 of the previous 26 years.

Wilson had retired from the NFL in 1972 and served as the Cardinals’ secondary coach in 1973. He was one of eight candidates for the open Ute job and was reportedly all set to be named the head coach in late January.

On Jan. 15, Wilson was quoted as saying “I want the job” and Deseret News and Salt Lake Tribune stories eight days later said he was “expected” to be named coach and “all the way it appears to be Wilson.”

However, at the last minute, the day of the athletic board meeting when he was expected to be chosen as the new coach, Wilson took his name out of the running because of “family reasons.”

Turns out he had a son, Jed, who had been born with spina bifida and Wilson and his wife decided they didn’t want to take him out of his special school in St. Louis in order to move to Utah.

The story of Wilson’s son wasn’t made public at the time and I only know this because my father was in the University of Utah administration at the time and told me the story later.

But that was the kind of person Larry Wilson was, putting family before his career. His wife, Nancy, said this of him after he died:

“Larry Wilson was the kindest, most humble person that I will ever know. He was the most generous and gentle soul you would ever …read more