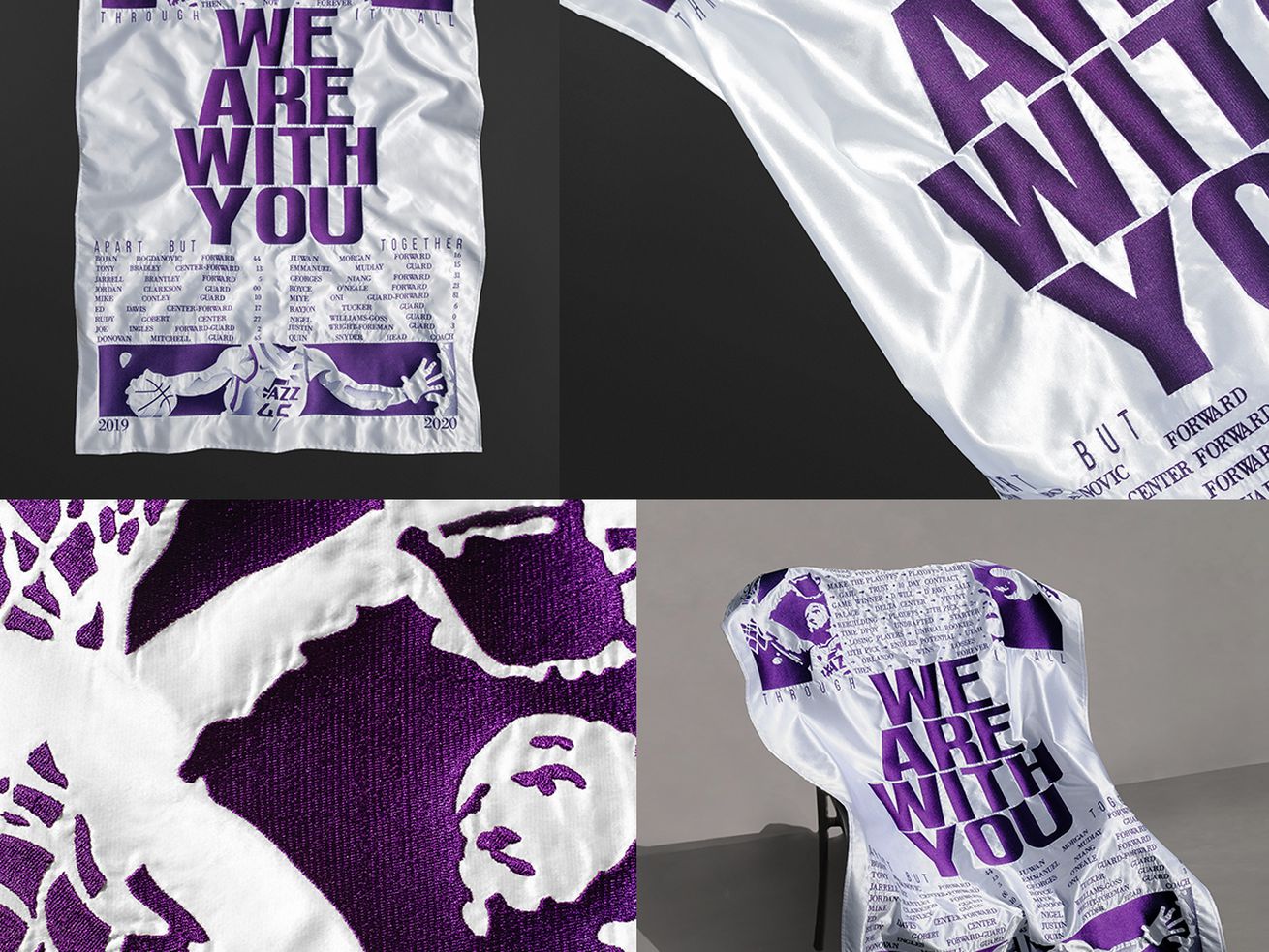 The Utah Jazz recognize the moment. As the NBA teams battled down in the NBA bubble, the organization puts its focus on another area of the game — the local art scene in Salt Lake City, Utah.

SALT LAKE CITY — Lorne Sleem grew up in England. The main sport there — as we all know — is soccer, or football as they call it. But Sleem found himself attached to another sport: basketball. He worked as a water boy where he would come into contact with NBA players who were playing overseas.

Soon enough — like any young fan — Sleem chose a very specific team to celebrate across the pond: the Utah Jazz.

Why the Jazz? His family had a lot of friends in Utah, so they’d come visit, catch a game, the works.

“So Utah ended up becoming like a team that made sense for me to root for,” he said.

His family is from Utah. His wife, actually, is from Utah, too. So now, he sees himself as a “full Jazz fan.”

Recently, the Utah Jazz became a fan of Sleem, too. So much so that they commissioned him to develop a unique jacket for the team as a part of a recent campaign to celebrate the team and the social justice stances.

The Utah Jazz recognize the moment. As the NBA teams battled down in the NBA bubble, the Jazz organization puts its focus on another area: the local art scene in Salt Lake City. A theme was created — one called “We Are With You,” which focused on the community’s support for the Utah Jazz, who were playing thousands of miles away in Orlando.

The organization asked local artists to create original works to help support the team from far away. Seven artists were picked. And then came the art — music, graphic designs, animation and more.

But now — with the Jazz’s playoff run over and the team resting in the offseason — local art has become more than just a way for the fans to cheer on the team from miles away. It has morphed into a symbol of the modern issues of our time. Racial injustice, inequality and police violence permeate through Salt Lake City, and art displays point to all of those issues.

And the Utah Jazz is embracing that art scene.

A part of something bigger

David Young, a creative director with the Utah Jazz, recently told the Deseret News that the team has worked to put an emphasis on the local arts scene. Game day action comes naturally, but the art speaks to the long-term community impact of the team, he said.

Embracing local arts became even more important during the NBA playoffs, which have put an emphasis on social issues and racial injustice and questions about whether or not to play because of …read more