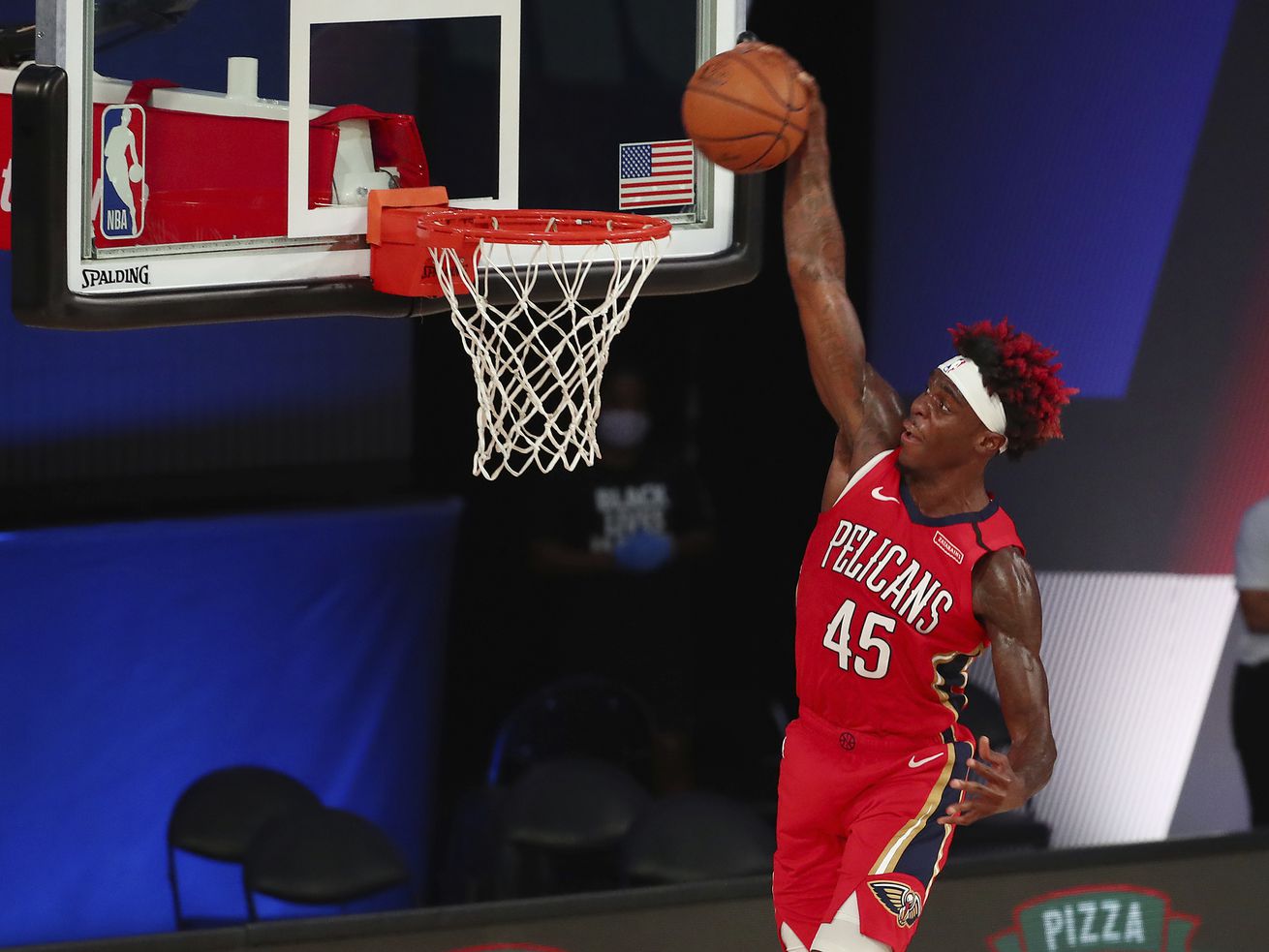 New Orleans Pelicans forward Zylan Cheatham (45) dunks against the Orlando Magic during the second half of an NBA basketball game Thursday, Aug. 13, 2020, in Lake Buena Vista, Fla. Cheatham is reportedly signing a 10-day deal with the Utah Jazz. | Kim Klement/Pool Photo via AP

As the Utah Jazz continue to deal with players who are in the NBA’s COVID-19 health and safety protocols, they are reportedly adding yet another player on a 10-day hardship contract.

Listed at 6-foot-8 and 220 pounds, Cheatham has had a few short stints in the NBA since his collegiate career at Arizona State concluded in 2019.

Cheatham appeared in four games for the New Orleans Pelicans in the 2019-20 season, and he was on a 10-day hardship deal with the Miami Heat at the end of December, although he did not appear in any games.

He has also been on the rosters of the Oklahoma City Thunder and Minnesota Timberwolves but not played.

When the signing becomes official, Cheatham will become the fourth player the Jazz have added on a 10-day deal in recent weeks, joining Danuel House Jr., Norvel Pelle and Denzel Valentine.

The Chicago Bears will interview Morocco Brown for their GM vacancy. Here’s what to know about the Indianapolis Colts director of college scouting.

In addition to hardship deals, the Jazz also have two roster spots open after trading Miye Oni to the Oklahoma City Thunder, and the wide expectation is that they will cycle through players on traditional 10-day (not hardship) deals.