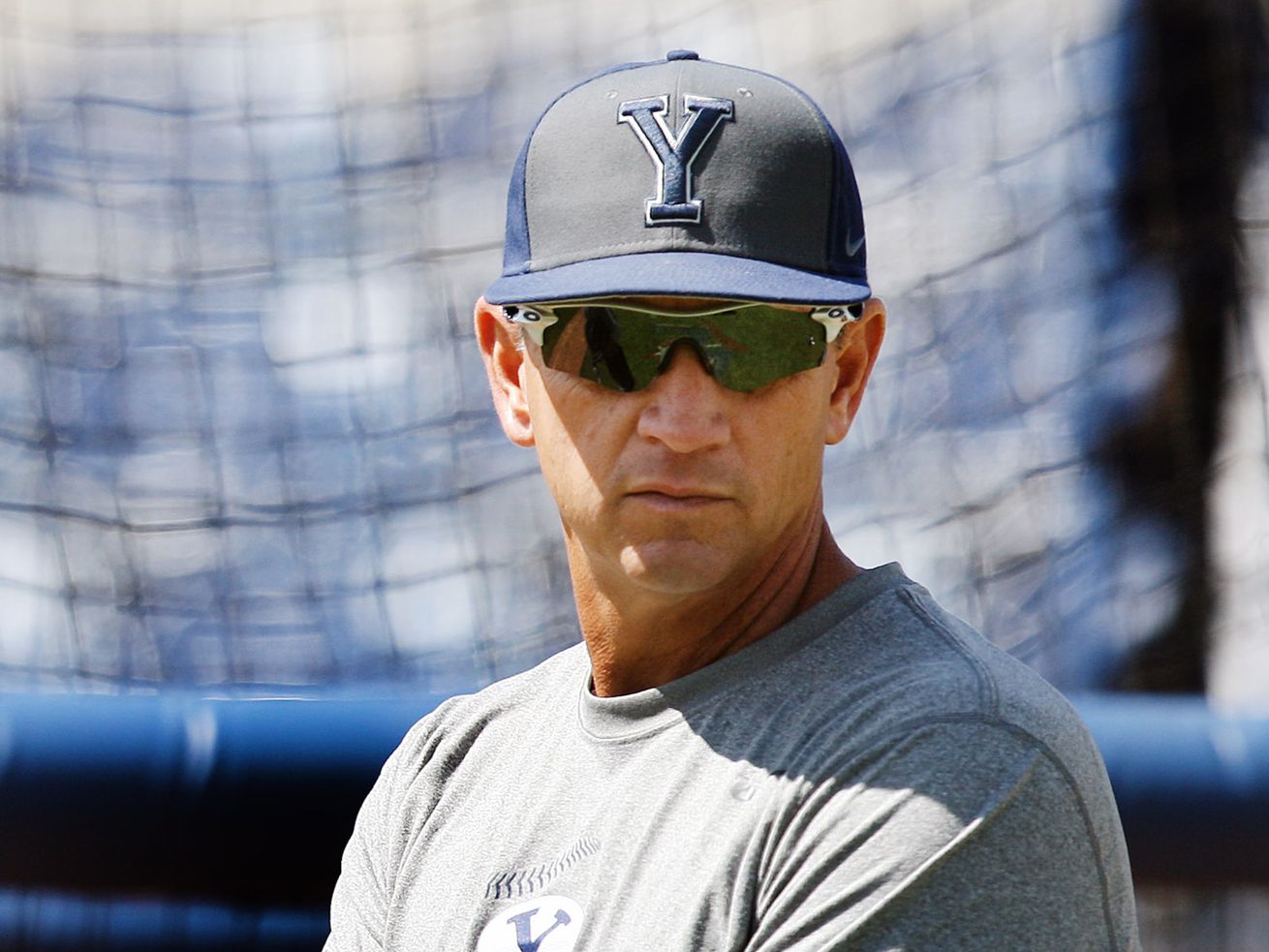 BYU head baseball coach Mike Littlewood watches his players during practice in Provo Monday, May 23, 2016. The Cougars’ coach since 2012 had to tell his players last Thursday that their season was canceled due to the spread of the novel coronavirus | Scott G Winterton, Deseret News

Young but talented Cougars had posted a 7-9 record and were poised to open conference play against LMU when they got the word that the NCAA, West Coast Conference and BYU were ending the season due to spread of the coronavirus

PROVO — There are only three seniors on the 2020 BYU baseball team’s roster, and pitchers Jarod Lessar and Ben Weese and catcher Abe Valdez will almost certainly get their year of eligibility back if they want it.

But that doesn’t mean the NCAA’s cancellation of all spring sports seasons last Thursday due to the spread of COVID-19 was easy to take for coach Mike Littlewood’s team, the Cougars’ skipper since 2012 said Monday in his first public comments about the news that rocked the collegiate sports world.

“There wasn’t a dry eye in the clubhouse, especially with the seniors,” Littlewood said, recalling the moment he gathered his players at Miller Park three hours or so before they were to open the West Coast Conference portion of their schedule against Loyola Marymount. “They took it really tough, because they had worked so hard and prepared so much for this moment. To have it taken away from them was brutal.”

Littlewood brought Dr. Tom Golightly, associate clinical director for BYU Counseling and Psychological Services, in to offer support and guidance and answer questions. And, of course, he offered his own advice.

“As I went in to talk to the team, I kinda got this calm feeling that everything was going to be fine,” Littlewood said, after getting the news around 3:30 p.m. Thursday from BYU Deputy Athletic Director Brian Santiago that the season was over. “We just let them know that everybody else in the country is going through this — it is not just us. … I think the guys kinda knew what was happening, but until we got the final word we still had a little bit of hope.”

“There wasn’t a dry eye in the clubhouse, especially with the seniors They took it really tough, because they had worked so hard and prepared so much for this moment. To have it taken away from them was brutal.” — BYU baseball coach Mike Littlewood

For the record, Littlewood said he is “in total agreement” with school, conference and NCAA officials who made the call to cancel the season.

“I think we all have a responsibility to try to get this pandemic under control,” he said. “Baseball is so important to all of us. I mean, it is my life. It is my coaching staff’s life. When you are in this profession, it is not just a job.”

But it was the right thing to do.

“So it was a total shock,” Littlewood said. “To some …read more