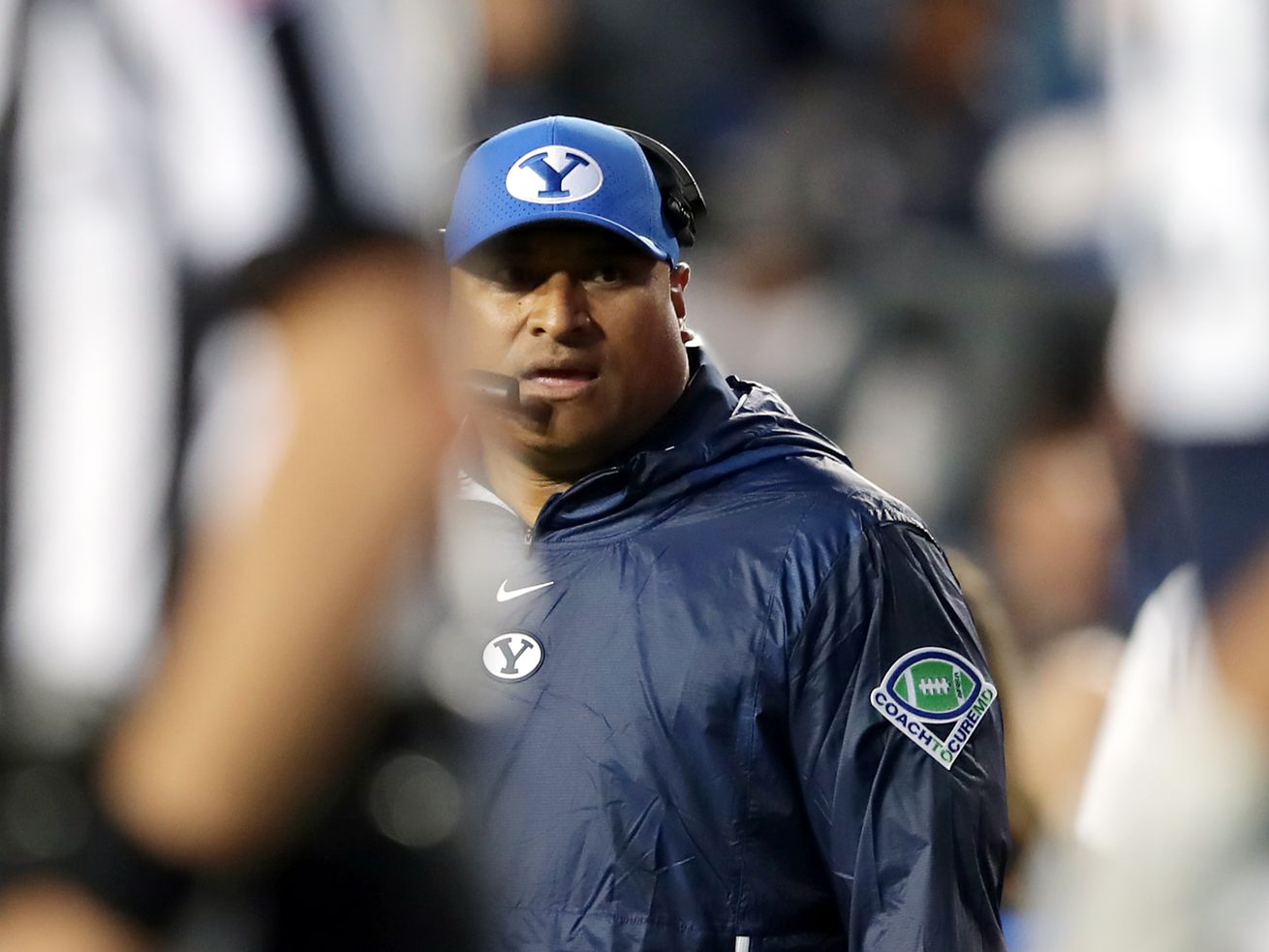 With commitments from two Utah high school stars, BYU football is netting big wins on the recruiting front. Here’s what has changed in Provo

There’s little denying it. BYU head coach Kalani Sitake and his staff have found some recruiting mojo the past year and it is now paying dividends.

It could be due to a lot of things and winning is a big ingredient. The invitation to the Big 12 has also given Sitake something to sell that opponents have used against him in the past, being an independent program and a non-Power Five team.

But it may be that his family unity culture is taking hold and the word is spreading — he’s fun to play for.

After four-star defensive end Aisea Moa from Weber High, one of the top pass rushers in the state, committed to Sitake over the weekend, it brought into focus what kind of recruiting momentum BYU is getting out of its complicated matrix that involves an honor code, strict admissions standards and limited scholarships due to missionary service.

Moa, who de-committed from Utah, is the second four-star recruit in Utah to commit to signing with the Cougars in the past three weeks. Earlier, Corner Canyon receiver Cody Hagen, a 6-foot-1, a 175-pound sprinter who had been rumored to be leaning to Stanford, committed to the Cougars on Sept. 30.

Nuggets’ Monte Morris on rematch vs. Suns: “It stung the whole offseason”

“I think it’s a combination of beating Utah, they finally have some momentum over the Utes and the invitation to the Big 12,” said Seattle-based Brandon Huffman, national recruiting editor for 247Sports.

“But more importantly, the consistency in winning — showing last year wasn’t a flash in the pan, but the result of what Kalani Sitake has been building toward since he took the job. You combine all three happening at right about the same time, and now you see the recruiting bump,” said Huffman.

“I’ve always felt the biggest bump in recruiting comes in the class right after the big season, not the one during the season, because you have a whole offseason to ride that success and now you’re seeing that, plus the Big 12 invite and win over Utah, and boom, recruiting accelerates.”

The Cougars are 16-2 the past two seasons after putting five players in the NFL draft in 2021 led by its highest picked player ever, quarterback Zach Wilson, who went No. 2 to the New York Jets.