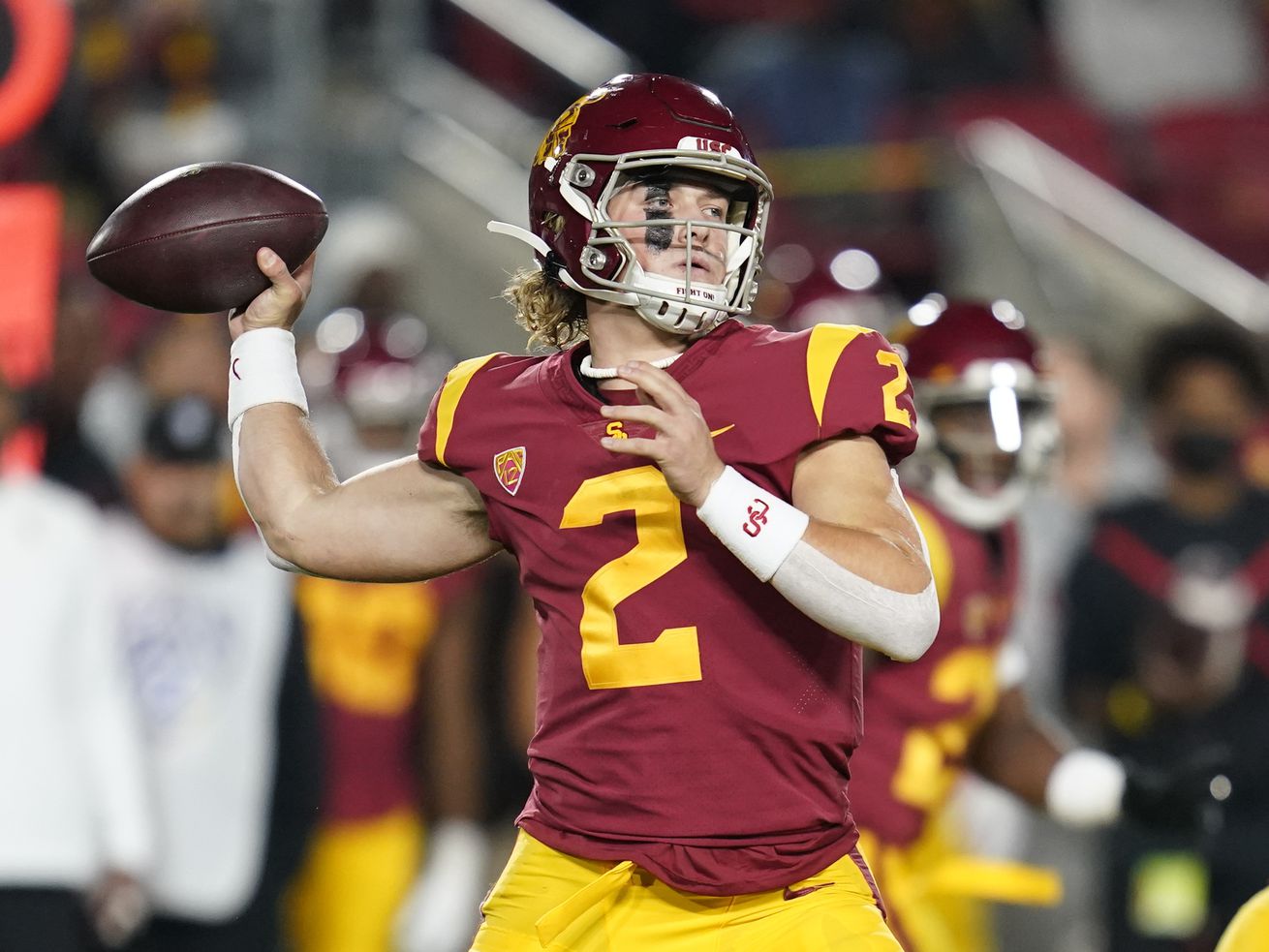 The 6-foot-3, 215-pound Dart, who played at both Corner Canyon and Roy High, enrolled in USC last spring and played in six games as a true freshman.

He threw for 1,353 yards, nine touchdowns and five interceptions while completing 61.9% of his passes. Dart also rushed for a pair of touchdowns and took over the starting job late in the season.

The dynamic changed at USC this offseason, though, when the school hired former Oklahoma coach Lincoln Riley to take over as head coach, replacing Clay Helton.

Both of Riley’s starting quarterbacks with the Sooners this past season — Spencer Rattler and Caleb Williams — have entered the transfer portal. Rattler already announced he is headed to South Carolina, while Williams has yet to make a decision.

ESPN’s Adam Rittenberg reported that with Dart in the portal, that is “likely clearing the way” for Williams to join Riley in Los Angeles.

If that report holds true, it’s expected Dart would find a new place to continue his college career.

Dart was rated a four-star talent and the No. 10 QB prospect in the 2021 recruiting class, per 247 Sports’ composite rankings.

He held offers from several Western schools — among them BYU, the first school to offer him — before his recruiting heated up during his senior season and he committed to USC.