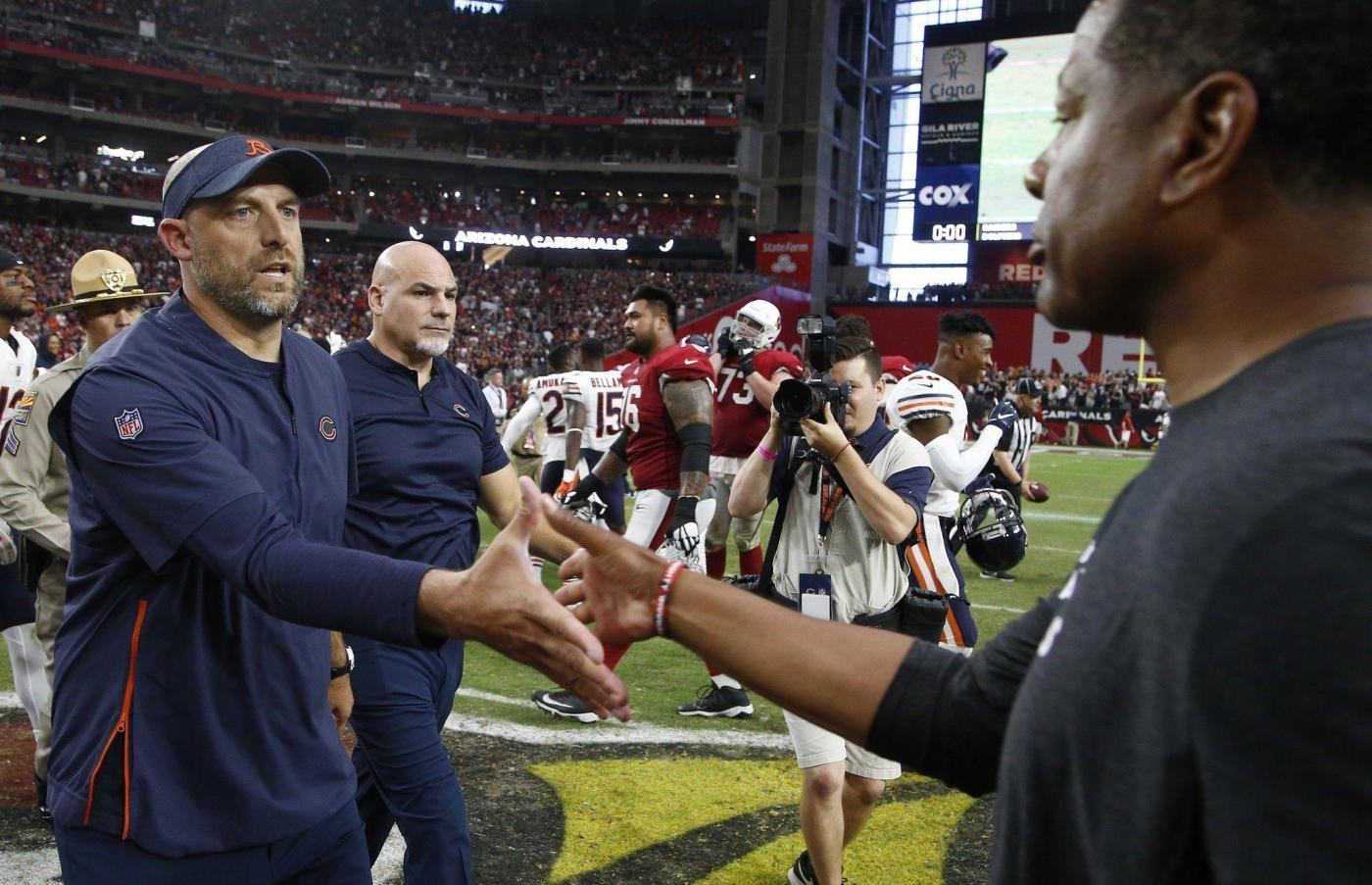 Running back David Montgomery acknowledged Monday morning that he was emotional.

Given the news that Chicago Bears coach Matt Nagy and general manager Ryan Pace had been fired a day after the team finished its 6-11 season, Montgomery couldn’t wall off a combination of disappointment, sadness and sentimentality.

“It’s pretty emotional for me,” he said.

Pace was the GM who traded up in the 2019 draft to select Montgomery at No. 73 in the third round. Nagy was the energetic coach with whom Montgomery developed a close bond during their three seasons working together.

Even if Monday’s news wasn’t all that stunning to anyone inside or outside of Halas Hall, the finality still packed a punch.

“Coming out in the draft, I’m being passed up by a lot of teams and not knowing what’s going to happen next for me,” Montgomery said. “And Pace and Nagy? They took a chance on me. They took a chance on a poor kid from Cincinnati who people looked at as if he wasn’t going to be good enough to even get a chance to play.

“That’s why it’s emotional for me. Because they stuck their neck out on the line for me. And I appreciate them for that.”

Pass rusher Trevis Gipson, drafted in Round 5 in 2020, knew the feeling.

“I’m very appreciative of all the memories I was able to make with Coach Nagy and Ryan Pace,” he said. “It is going to be sad. But this is a part of the business. Unfortunately.”

Along with the inevitable unsettled feelings for many Bears players came an acceptance of reality.

After record season, Miami Dolphins’ Jaylen Waddle gets a display at Pro Football Hall of Fame

“It’s unfortunate what happened,” Montgomery said. “But at the same time, you understand this is a results-driven league. And we want to do what we have to do so we can handle business.”

After four seasons together, Pace and Nagy didn’t get the high-level results on the field they wanted and promised. They followed a 12-4 division championship season in 2018 with three consecutive disappointing ones, including this season’s 11-loss stumble.

With losing streaks of four, six and five games in each of the last three seasons, the Bears’ failures became too pronounced for Chairman George McCaskey and the team’s board of directors to look past. The collaboration Pace and Nagy used to build this roster and develop their team didn’t substantially elevate the Bears’ chances of sustaining success and winning championships.

And in a nutshell, that cost both men their jobs and left the players remaining on the roster to sift through their thoughts.

Offensive lineman James Daniels learned of Nagy’s dismissal via a tweet from NFL Network’s Ian Rapoport a little before 9 a.m. Most other players learned the news from the coach himself, who spoke in a short but emotional team meeting not long after his final meeting with McCaskey.

“Caught some of us off guard,” cornerback Jaylon Johnson said. “Just considering when it happened. … For me, I didn’t know. I didn’t wake up checking social media or seeing anything that went on. So just hearing …read more