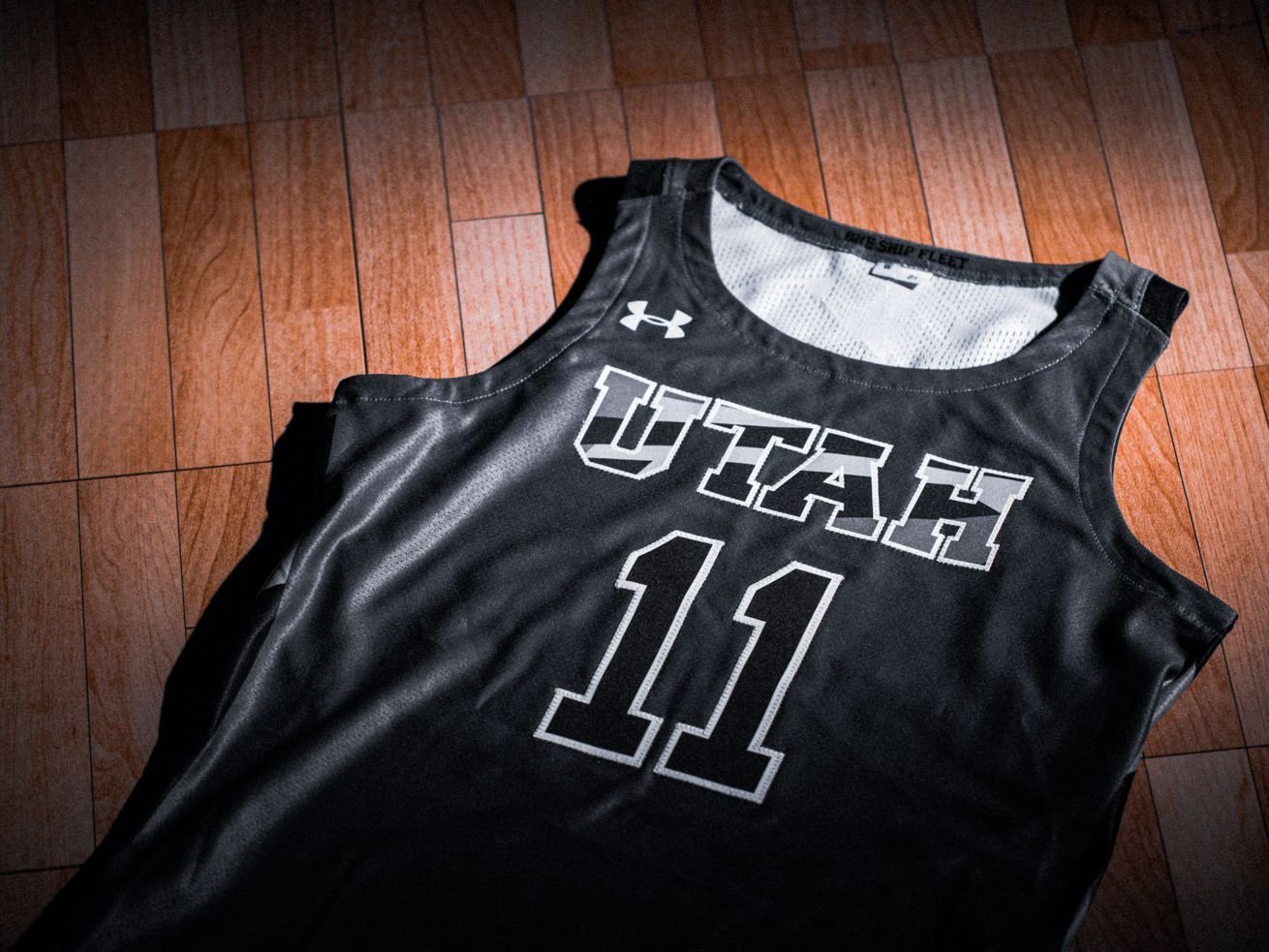 The University of Utah men’s and women’s basketball teams will wear special jerseys this season to honor the USS Salt Lake City. The football team wore similar ones last weekend against the Oregon Ducks. | Utah Athletics

Last weekend during its statement win over the Oregon Ducks, the University of Utah football team wore special jerseys commemorating the USS Salt Lake City, and soon a couple more teams on campus will have similar ones.

On Wednesday, the Utah athletic department unveiled USS Salt Lake City threads that the men’s and women’s basketball squads will wear this season.

Like the football jerseys, the ones revealed Wednesday are gray with black letters and numbers outlined in white.

The back also has a light gray star above the player number on both jerseys. “ONE SHIP FLEET” is on the inside of the jersey at the neck, paying homage to the USS Salt Lake City’s nickname.

It’s not clear when or how many times the jerseys will be worn.

The USS Salt Lake City had the most combat engagements in the Pacific Fleet during World War II.