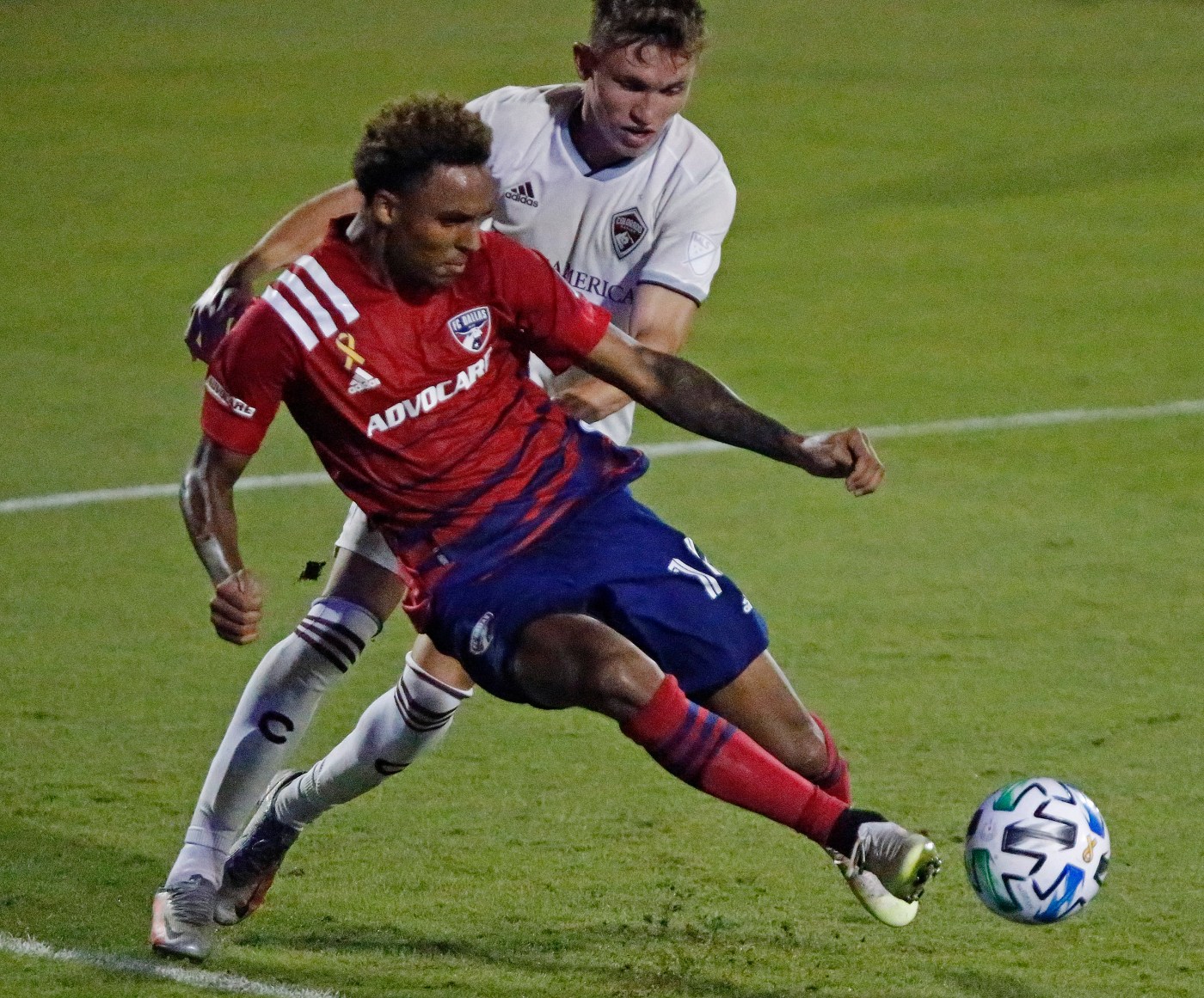 The Rapids out-possessed and out-shot the Toros, but mistakes and a strong counter-attack dealt Colorado a lopsided loss just days after capturing the Rocky Mountain Cup.

Here are three takeaways from the mid-week match.

After being named to the MLS Team of the Week for his performance at Real Salt Lake, Lalas Abubakar spent Wednesday night on the bench.

The Rapids are in a run of eight matches in 28 days, and the decision came from coach Robin Fraser to rest Abubakar. The pairing in his place, Drew Moor and Auston Trusty, played with each other for the first time.

“I thought we were pretty good but obviously you give up four goals as a center-back you’re disappointed,” Moor said. “Neither of us are happy with the result. As far as the performance there was some good and there was some bad. I’d love to get a little bit more time with Auston.”

Clint Irwin made his 100th start in burgundy and his first since July 12. William Yarbrough has taken over as the No. 1 goalie.

“It was an unfortunate situation for him because I think enough mistakes were made in front of him. Otherwise, it would have been a pretty decent performance,” Fraser said of Yarbrough’s night. “It’s not even fair to evaluate him based on the result.”

Andre on the board

Andre Shinyashiki finally got on the board in 2020, netting his first goal of the season as a second-half substitution. Much like Diego Rubio, who opened 2020 his account last Saturday vs. Salt Lake, last year’s MLS Rookie of the Year was very productive last season but has had trouble finding the goal.

That’s been a common theme for the Rapids, who have tallied multiple goals just once in their six games since MLS play restarted.

“It was a pretty disappointing result for us considering we felt like we had pretty good control early in the game,” Fraser said. “We had a couple of half-chances, a couple of decent chances. Certainly not pleased to have that much control of the game and walk away with a 4-1 deficit.”