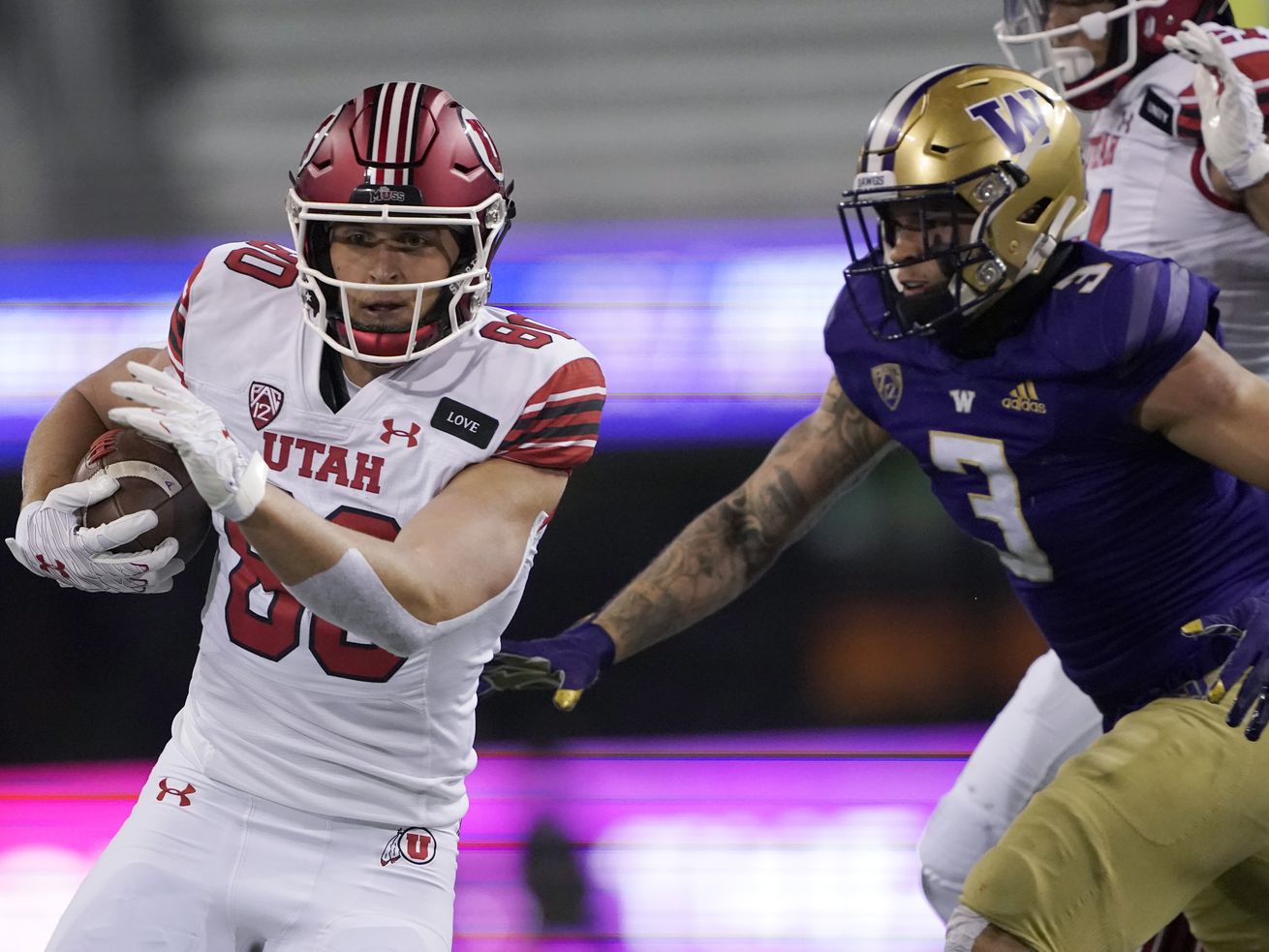 Brant Kuithe, Cole Fotheringham and Dalton Kincaid have experience, athleticism and the ability to be vertical threats in the passing game

With the athleticism and experience that Utah tight ends coach Freddie Whittingham has at his disposal, no wonder he’s optimistic about what that position could produce within the Ute offense in 2021.

Juniors Brant Kuithe, Cole Fotheringham and Dalton Kincaid have the ability to stretch the field, line up at various spots, provide solid blocking in the run game, and make big catches downfield.

“We’re blessed to have a number of different players at this position currently in the program that can play at a very high level.” — Freddie Whittingham

“It’s always a good problem to have to have good depth at a position,” Whittingham said. “That does give us a lot of versatility as far as formations and things that we can do with three tight ends in the game, for sure … We’re blessed to have a number of different players at this position currently in the program that can play at a very high level. It’s our job as coaches to put them in those positions to be able to make the plays.”

“Cole is vitally important to the tight end room and the team as a whole. He’s on the leadership counsel, elected by his peers. He’s been a three-year starter in this offense,” Whittingham said. “Cole is an outstanding run-blocker. He has some of the best hands you’ll see for a tight end. He can really catch the ball.

“He’s worked on his speed and explosiveness in the offseason. You see that show up in practice. He’s another guy that’s an every-down tight end that can make plays in both the run game and the throw game. He’s a guy that will help us play some championship football.”

Kincaid (6-foot-4, 240 pounds) is the relative newcomer in the group, having transferred to Utah from the University of San Diego, an FCS school, last year. He received a waiver from the NCAA that made him eligible for the 2020 season. Kincaid tallied a 14-yard catch against USC.