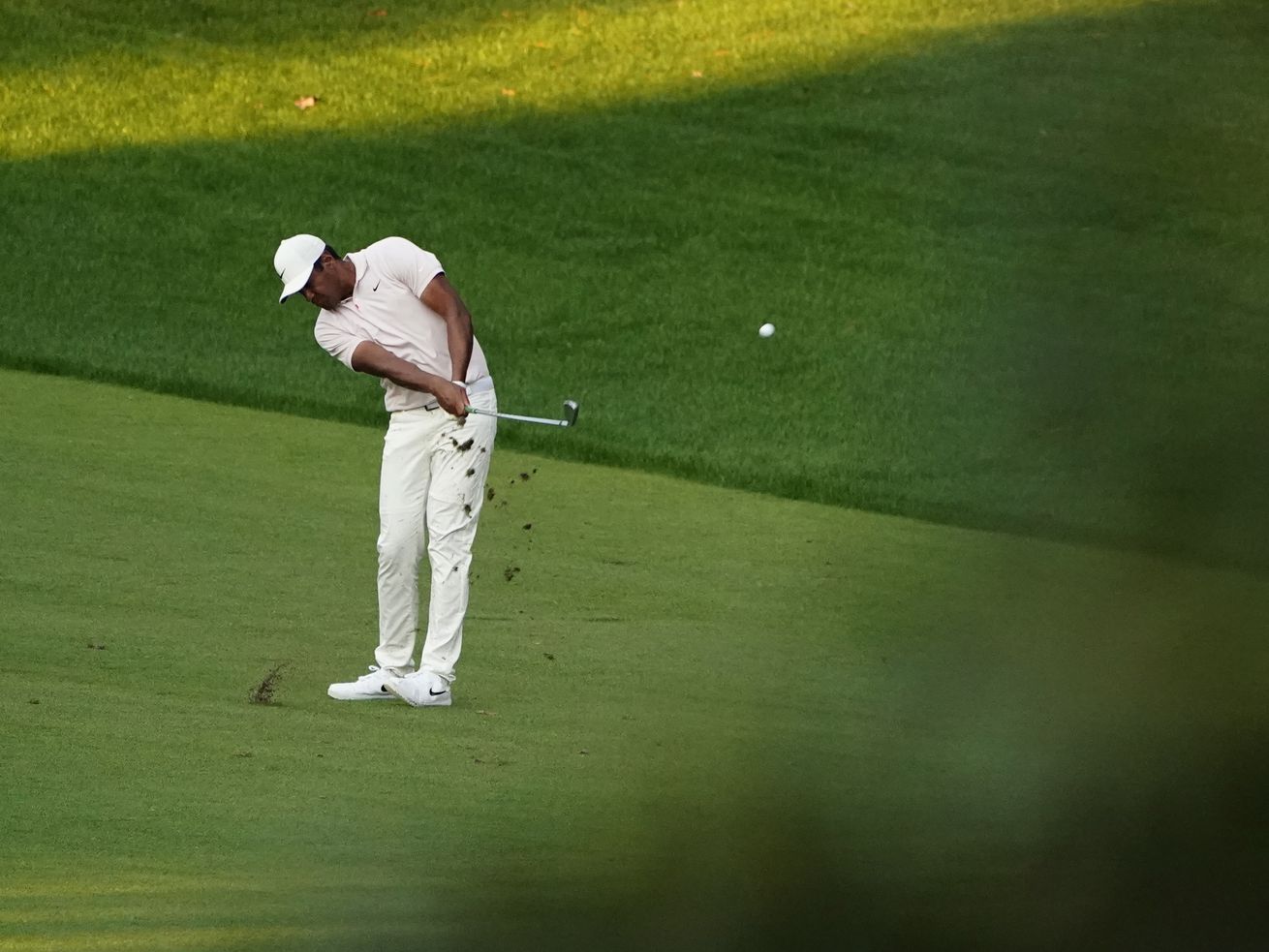 Tony Finau hits on the 10th fairway during the second round of the Masters golf tournament Friday, Nov. 13, 2020, in Augusta, Ga. | Matt Slocum, Associated Press

Tony Finau’s run at the Masters came to an unceremonious ending Sunday, as the Salt Lake City native had an even-par fourth round.

He finished, though, at Augusta, Georgia, including carding birdies on three of his final nine holes.

Finau started his final round on the back nine and after going 1-under on the day with a birdie on No. 13, he run into trouble with a double bogey on No. 14 before putting up bogeys on the 15th and 17th holes. Back-to-back birdies on the No. 1 and No. 2 holes got him back on track, though, and Finau carded a birdie on No. 8 to finish the day at even-par.

Finau shot 1-under-par for the tournament, tied for 38th overall.

Mike Weir, meanwhile, had his worst round of the Masters, after making the cut for the first time since 2014. The BYU alum and 2003 Masters champion carded a 4-over-par 76 on Sunday, mixing a pair of birdies — on holes No. 2 and No. 12 — with six bogeys.

He finished 51th overall, at 2-over-par for the tournament.

Dustin Johnson, who went into the final round with a four-shot lead, held on to capture the 2020 Masters title, shooting 20-under for the tournament to win by five shots.

SHARES
ShareTweet
Kiszla vs. O’Halloran: Why do the Broncos like Melvin Gordon more than Phillip Lindsay?