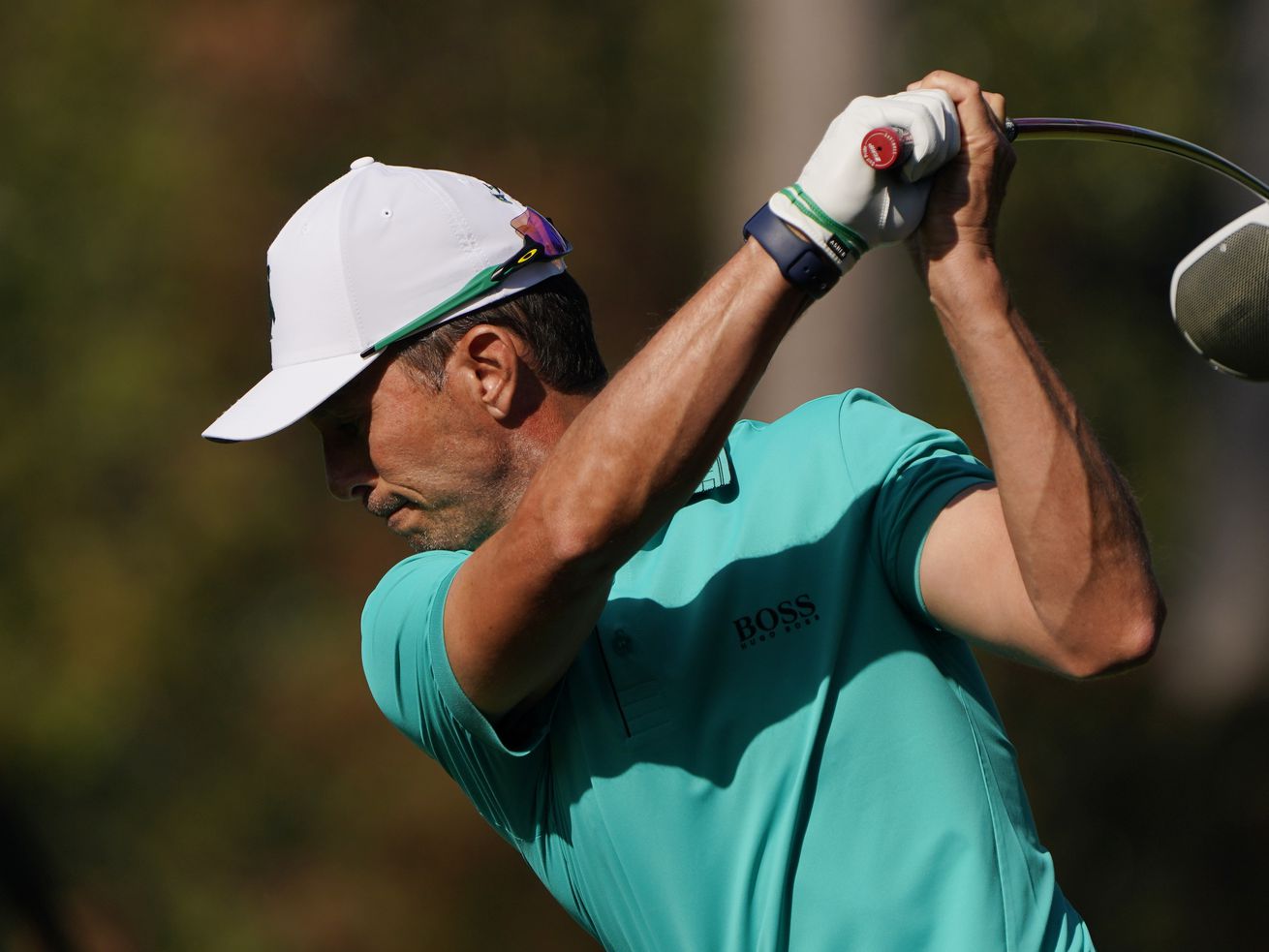 Mike Weir, of Canada, tees off on the 18th hole during the third round of the Masters golf tournament Saturday, Nov. 14, 2020, in Augusta, Ga. | Chris Carlson, Associated Press

On the plus side, both Tony Finau and Mike Weir made the cut at the Masters after going into Saturday with a chance to miss the final two rounds.

The Utah ties won’t be in serious contention for the green jacket in Augusta, Georgia, though, as both shot 1-under-par 71s in the third round. Weir is tied for 36th overall at 2-under, while Finau is one shot back in a tie for 44th.

Both golfers had to finish their second rounds early Saturday after play the day before was suspended because of darkness.

Weir, the 2003 Masters champion and BYU alum who made the cut in Augusta for the first time since 2014, started the day one shot off making the cut but had two birdies in the final nine holes of his second round to advance. He experienced a roller-coaster type third round, countering six birdies — including carding a birdie on the three-par No. 16 — to go with five bogeys to finish the round 1-under.

Finau, the Salt Lake City native who was seeking a fourth straight top 10 finish at a major, carded a 3-over-par 75 in the second round before moving on to the third. He mixed four birdies to go with three bogeys during the third round.

Both are well behind the leader, Dustin Johnson, who shot a 7-under-par 65 on Saturday to build a four-shot lead at 16-under heading into the final round.