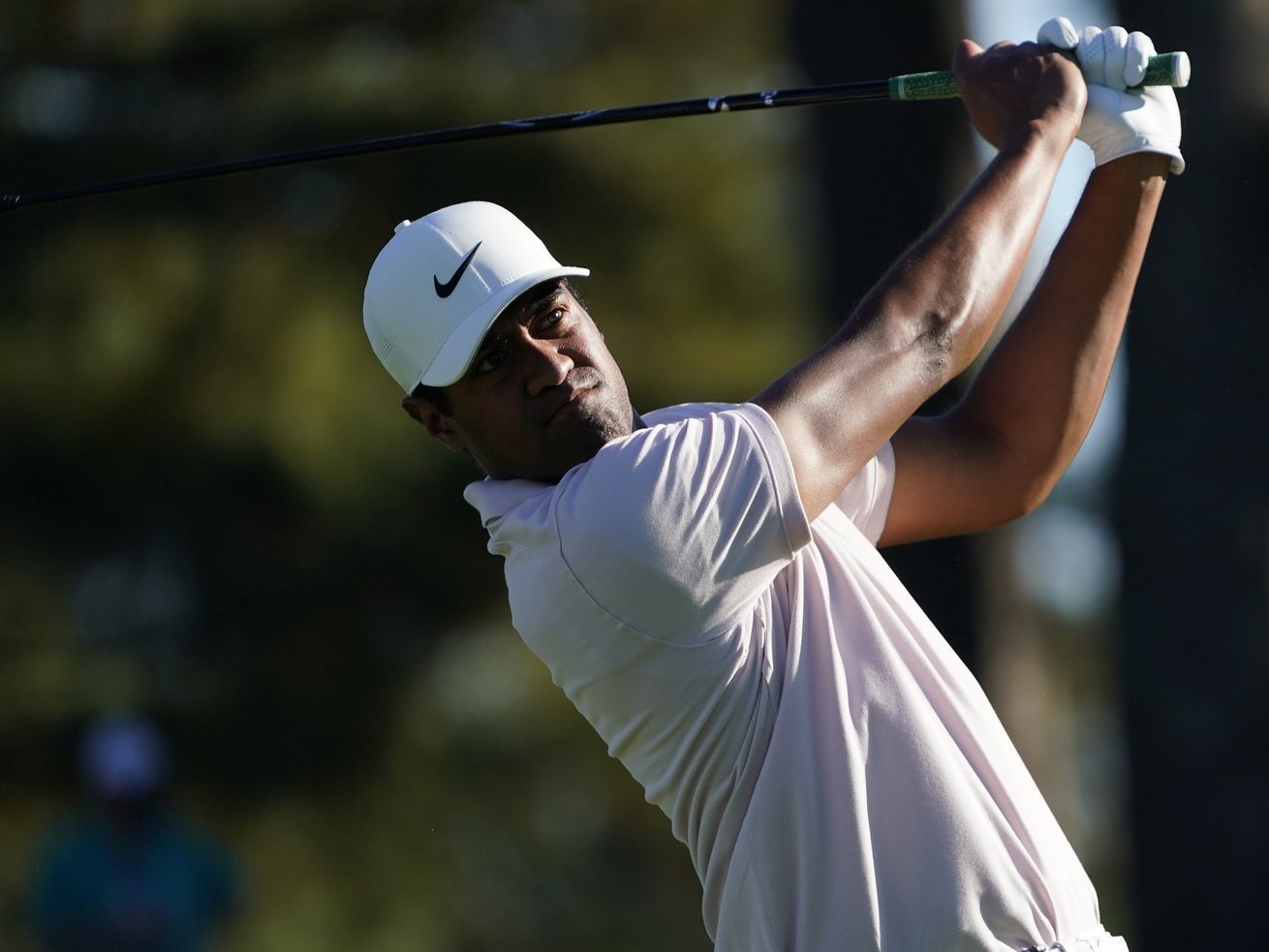 Tony Finau watch his tee shot on the third hole during the second round of the Masters golf tournament Friday, Nov. 13, 2020, in Augusta, Ga. | David J. Phillip, Associated Press

Tony Finau and Mike Weir will both have to wait until Saturday morning to know if they’ll make the cut at the Masters after the second round was suspended Friday because of darkness.

The Salt Lake City native Finau finds himself among five players one shot above the projected cut line after he shot 2 over par through 11 holes at Augusta, Georgia, Friday. He got off to a rough start, bogeying the fourth, fifth and seventh holes before making up a bit of ground with a birdie on No. 8.

Finau sits at 1-under overall, tied for 45th, after shooting a 3-under 69 during the first round.

Weir, the 2003 Masters champion and a BYU alum, shot 2-over during his nine holes Friday and is one shot off the projected cut at 1-over. Weir played the back nine Friday and combined bogeys on Nos. 10, 16 and 18 with a birdie on the 14th hole.

Charlie Riedel, Associated Press
Mike Weir, of Canada, hits on the first fairway during the second round of the Masters golf tournament Friday, Nov. 13, 2020, in Augusta, Ga.

The 50-year-old Weir is looking to make the cut at the Masters for the first time since 2014. He’s in a tie for 61st overall after shooting a 1-under 71 Thursday.

Four players are tied for the lead at 9-under heading into Saturday’s play. All four — Abraham Ancer, Cameron Smith, Justin Thomas and Dustin Johnson — finished their second round Friday.