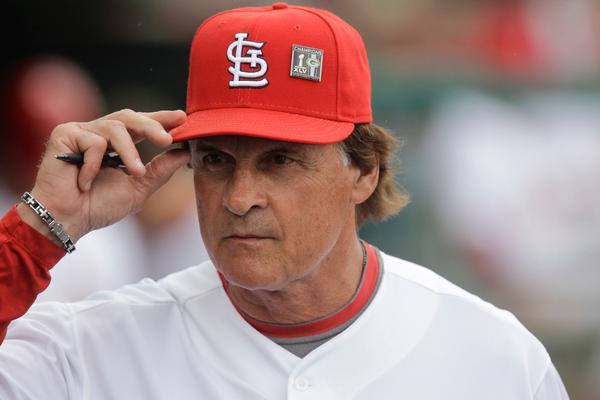 Is Tony La Russa in the mix to manage the Chicago White Sox?

According to Bob Nightengale of USA Today, the club is planning to reach out to La Russa about their managerial vacancy after they parted ways with Rick Renteria on Monday.

La Russa, 76, retired in 2011 after he led the St. Louis Cardinals to their second World Series title in six years. He began a 33-year managerial career in Major League Baseball in 1979 with the White Sox, and remains close friends with team owner Jerry Reinsdorf.

La Russa, who managed the A’s to three consecutive trips to the World Series, including a championship in 1989, declined to comment when he was contacted by USA Today.

When the White Sox announced Monday that they were parting ways with Renteria, general manager Rick Hahn said the team’s next manager will likely be someone from outside the organization.

Hahn said the ideal candidate would be someone that has recent October experience with a championship organization.

Names that have surfaced include A.J. Hinch and Alex Cora, whose MLB suspensions from the sign-stealing scandal end after the World Series. Hinch led the Astros to the 2017 World Series title. Cora, the Astros’ bench coach in 2017, was the Boston Red Sox’s manager when they won the World Series in 2018.

Although few managers have had more October success than La Russa, a winner of six pennants and three world championships, it would be a stretch to say his experience is recent.

“This is an opportunity for us to speak to individuals with other organizations that have had success and learn from them and get their sort of outsider objective perspective on our organization,” Hahn said. “But we’re going to keep an open mind. These next weeks, several weeks, we’ll diligently pursue who’s on our list and go from there.”

After he stepped down as the Cardinals’ manager, La Russa worked as the Arizona Diamondbacks’ president of baseball operations from 2014-2017 and has been a special assistant in the front office for the Red Sox and Los Angeles Angels.

In his Hall of Fame managerial career, La Russa has been named Manager of the Year four times. His career regular-season record as a manager is 2,728-2,365.

Billy Beane could leave Athletics, baseball behind for Fenway financial gig, per report

Bob Melvin reflects on ALDS loss to Astros: ‘We ran into a buzzsaw’

Billy Beane offers state of the state on A’s