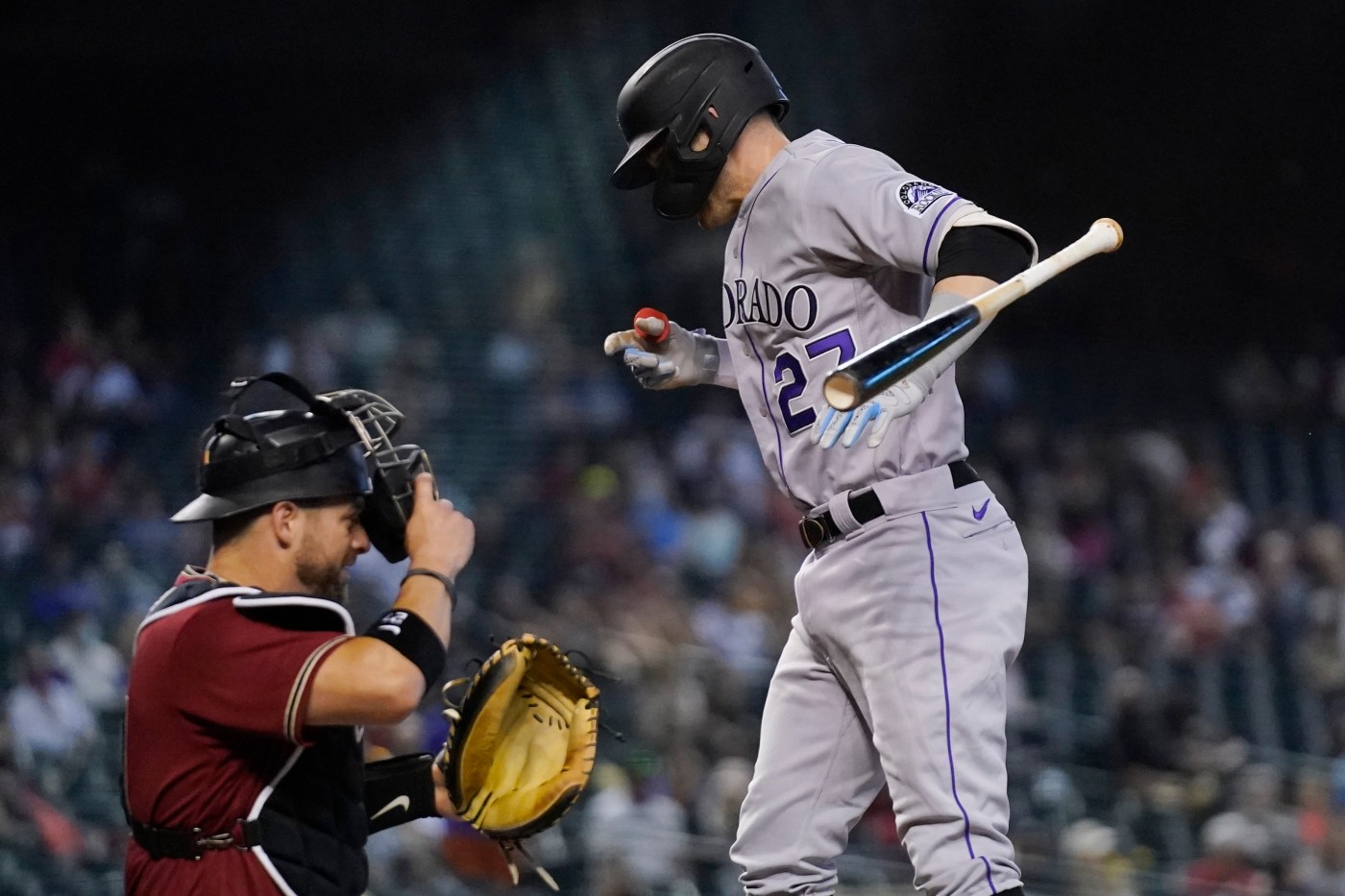 The reeling Rockies were walloped by a double whammy Sunday afternoon at Chase Field.

Not only did they lose an 8-4 gut-puncher to the Arizona Diamondbacks, they just might have lost all-star shortstop Trevor Story to a finger injury.

Story, the all-star shortstop, was hit in his right index finger by a pitch from Chris Devensky in the eighth. Story took first base on the hit-by-pitch and stole second base, but he did not take the field in the bottom of the inning. After the game, manager Bud Black said Story “dodged a bullet” on a major injury, with X-rays coming out negative for a fracture.

Bard, who began the season pitching so well, now has a 9.00 ERA.

The Rockies’ eighth inning — although it turned out to be all for naught — produced a 4-4 tie. It was the kind of rally they have searched for much of the season.

Catcher Elias Diaz, the owner of a .103 average entering the game, led off with a double off Devenski. Devenski got Alan Trejo to fly out to center — though Diaz advanced to third — and then struck out pinch hitter Charlie Blackmon. At that point, the Rockies were 0-for-10 with runners in scoring position.

But Raimel Tapia, who’s playing like an all-star, banged out an RBI single, his seventh hit in his last two games. Tapia stole second and scored on Garrett Hampson’s seeing-eye single up the middle.

Colorado took a 2-1 lead in the third on Story’s two-run homer to left. He drove in starting pitcher Chi Chi Gonzalez, who led off with a single.

Gonzalez was in command early — until suddenly he wasn’t.